Sareeka Dhillon meets with an accident on the sets of Ghulaam.

Ghulaam is one show that hasn't been in the news for the right reasons. This time, it's a grave injury. So Vikkas Manaktala, who plays Veer in the show, was rehearsing a scene with Sareeka Dhillon, who plays the role of Rashmi, where he had to hit her with a saw. But the saw accidentally hit her nose pretty hard. The actress was bleeding profusely after which she was rushed to a hospital. Though the actress is a little happy that the saw did not hit her eyes. Despite being advised not to shoot by the doctors, the actress will be continuing with the shoot. Also Read - Kaisi Yeh Yaariyaan actress Niti Taylor’s floral saree pictures are too cute to handle

She told TOI," Yes, It's true that this unfortunate accident happened. I am just fortunate that it did not hurt my eyes or things could have been worse. The production house and my co-actors rushed me to the hospital. The doctor has advised me to not shoot for three to four days as I cannot use makeup. But, Ghulaam is my priority. Hence, I am continuing to shoot. I don't want the show to suffer in any way because of me." We're glad that the actress is seeing the brighter side of things but the wound looks pretty bad. (ALSO READ: Cold war? Niti Taylor, Param Singh and Vikkas Manaktela REFUSE to talk to each other on the sets of Ghulaam) Also Read - Kaisi Yeh Yaariyaan actress Niti Taylor celebrated her first Karwa Chauth in Anushka Sharma inspired saree look — view pics

Check out these pictures of the wound near her nose. Also Read - Niti Taylor and Bengali actress Ritabhari recreate Paro and Chandramukhi's look from Devdas - view pics 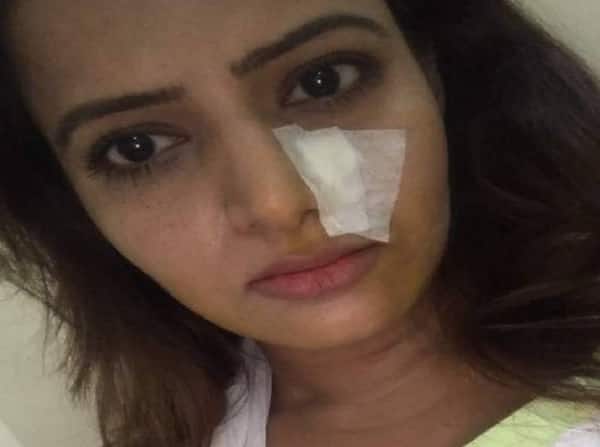 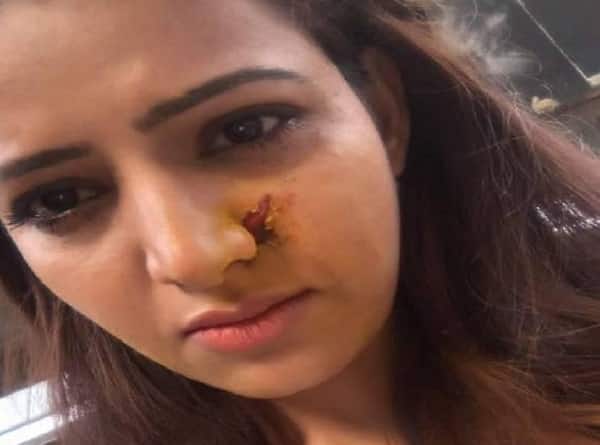 The actress has been asked not to shoot for a couple of days since she can't use makeup on the wound. But since she is hell bent on shooting, the makers have decided to let the injury be a part of the story and will incorporate it into the story. It's quite sad what happened and the injury looks damn bad. But thankfully, like the actress said, it wasn't as bad as it could have been. Sareeka plays Vikkas' second wife in the film who has had her tongue cut in the show. The show focuses on cruelty against women and how they evolve from it.

The makers have used their freedom of showing a few gruesome violent scenes in the show, so this particular scene didn't come as a shock to us. The consequences did. What are your thoughts on this? Tell us what you think in the comments below and stay hooked with us for more.