Grammy Awards 2016: This is what Justin Bieber did to cheer up his GRUMPY date!

So here's who Justin Bieber got to the Grammy Awards as a date and what happened next on the red carpet made us go 'aww'! 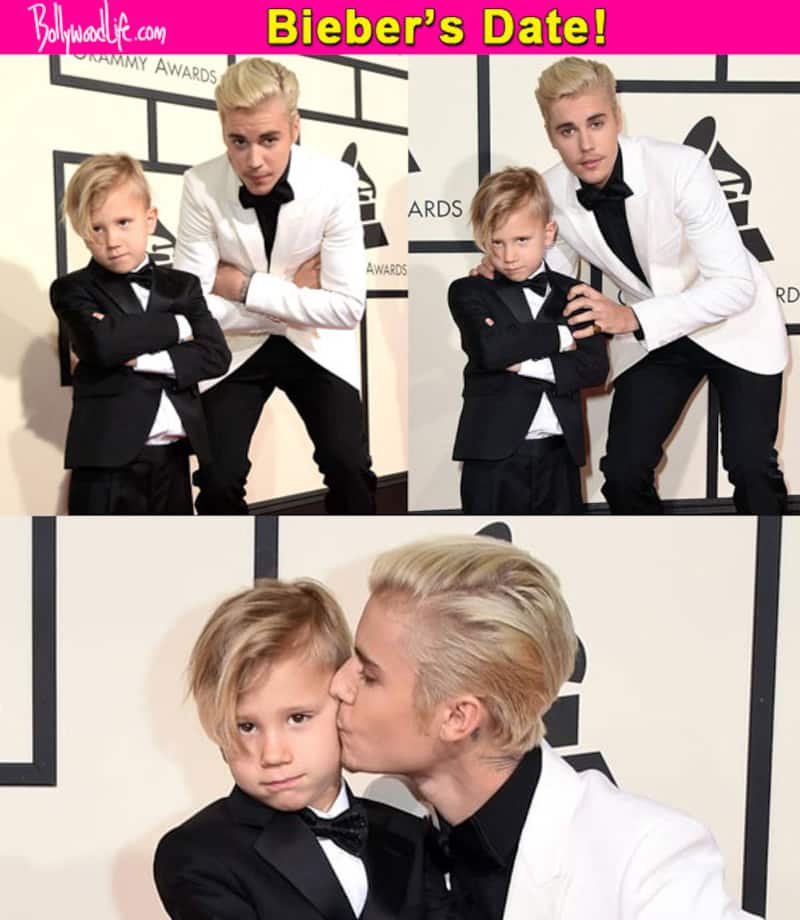 Words can't describe how cute this is! Read on...

Hold your horses girls and boys if you think that Justin Bieber made an appearance at Grammy Awards with his rumoured girlfriend Hailey Baldwin! You'll be severely disappointed but at the same time elated for Bieber's awards night date was this cutie patutie! Justin made the red carpet storming with aww's as his date for the night was none other than his half brother, Jaxon Bieber. Usually the Sorry hitmaker would be very aware of his behaviour with respect to being all poise and serious but last night he decided to let all that go! Also Read - Trending Hollywood News Today: Run BTS is back, Hailey Bieber talks about having kids with Justin Bieber and more

So Justin walked the red carpet with his li'l bro looking all cute as the shutterbugs tried to snap them in the same frame. But while Justin managed to strike a smile, bro Jaxon seemed a little grumpy and not really happy with the limelight. However, the pop icon made sure that he tries to cheer up his date for the night as he tried to bring a smile on his face (not Joker style, no!) in the cutest way possible. Also Read - Hollywood Weekly News Rewind: Jennifer Lopez-Ben Affleck wedding, Khloe Kardashian expecting second child with ex Tristan Thompson and more

Also Read - Chinese actor-singer Xiao Zhan BEATS BTS V aka Kim Taehyung to be the Most Handsome Man of 2022; Henry Cavill, Timothee Chalamet on the list too [View Pics]

In fact, Justin even kneeled on the floor and kissed his brother on his cheek so he'd cheer up! *faints* 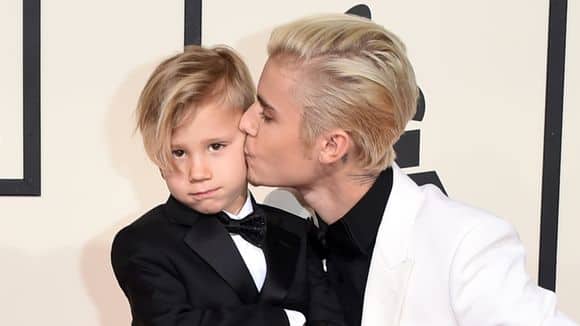 I must say, Bieber did try super hard to impress his li'l bro but since Jaxon resorted to holding back his smile, even Justin joined in and gave the paparazzi some tough looks from cute faces! Could they BE any more adorable? 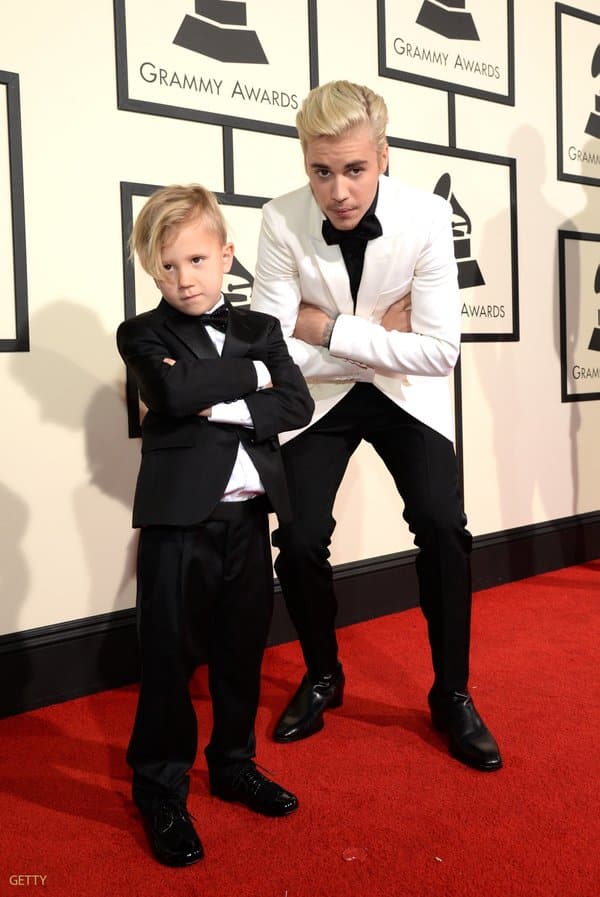 Well, clearly brother Jaxon was quite lucky for Justin as the popstar won his first Grammy this year! Congratulations you! Justin also performed Where Are You Now? feat. Skrillex & Diplo which sent the crowd in a tizzy! You can check out the video of the same right here and also do tell us what you think of his performance in the comments section below!