Grammys 2017: Adele messes up her tribute to George Michael but here's how she makes up for it - watch video

Adele messes up her tribute to Brit legend George Michael, however, asks for a retake because she wants to do justice to the late pop singer. Check out the video. 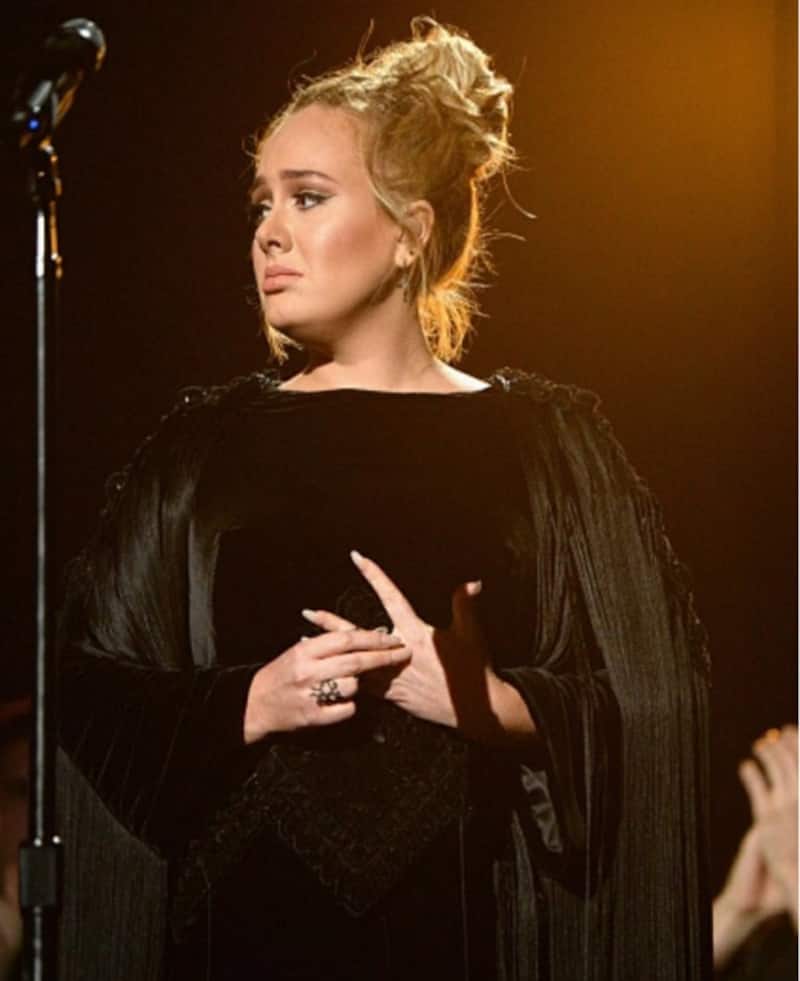 Adele may not be a ninja when it comes to performing on stage thanks to technical glitches (almost every time) however, at the Grammys this year, she definitely killed it! In fact, the singer's choice of songs took everyone back in time as she revisited some of her old songs as well as her tribute to George Michael. The Brit singer kickstarted the 59th annual Grammy Awards by performing her hit track Hello. Adele, who is nominated in categories like Record Of The Year, Album Of The Year and Song Of The Year, took the centre stage in red and black gown. Hosted by British comedian and actor James Corden, the award show, honouring the best of music around the world, is taking place at the Staples Centre. Here's something you've got to know about what happened during Adele's performance for George Michael. Also Read - Beyonce rides a horse exposing her breasts; covers one of them with just her hand [View ULTRA-BOLD Pics]

The Hello hitmaker was pretty nervous and didn't want to mess up the tribute she planned for the pop legend, whom we lost last Christmas. Therefore, halfway through her performance, she asked for a rerun. Wearing a gorgeous Givenchy gown, the singer stopped in the middle of singing FastLove and stated how she wouldn't want to mess up with her tribute and asked to start all over again. And the rerun was quite a spectacle! Check it out below. (ALSO READ - Grammys: Queen Bey SLAYS it with her spectacular performance – watch video) Also Read - BTS: J-Hope's More tops Spotify's Global Top Songs Chart; Grammys puts his name along with Beyonce-Lizzo as artistes of the month

#Adele was like nah start over, need to get this right for #GeorgeMichael. Beautiful tribute. #GRAMMYs pic.twitter.com/2NVszhN6CM

Already, Adele's Hello sent the crowd in a tizzy. If you remember, last year at the same awards, she had goofed up, well, technical glitches played a villain to her performance. Well, she definitely knows how to make up for it. Her Hello rendition put her right on the top stop and she definitely deserves it! However, besides her another such performance at the Grammys that blew everyone's minds was that of Beyonce's. The pregnant singer showed up on the stage and delivered a killer performance as she sang Sandcastles and Love Drought. In case you missed it, you better check it out on our site. Also Read - Trending Hollywood News Today: BTS' Jungkook's Namaste gesture at White House viral, Kim Kardashian-Kanye West meet up and more

Besides Adele, the event also features performances by Katy Perry, Bruno Mars, Lady Gaga among others. Earlier in 2011, Adele won three Grammy's for her album 21 and single Rolling in the deep.