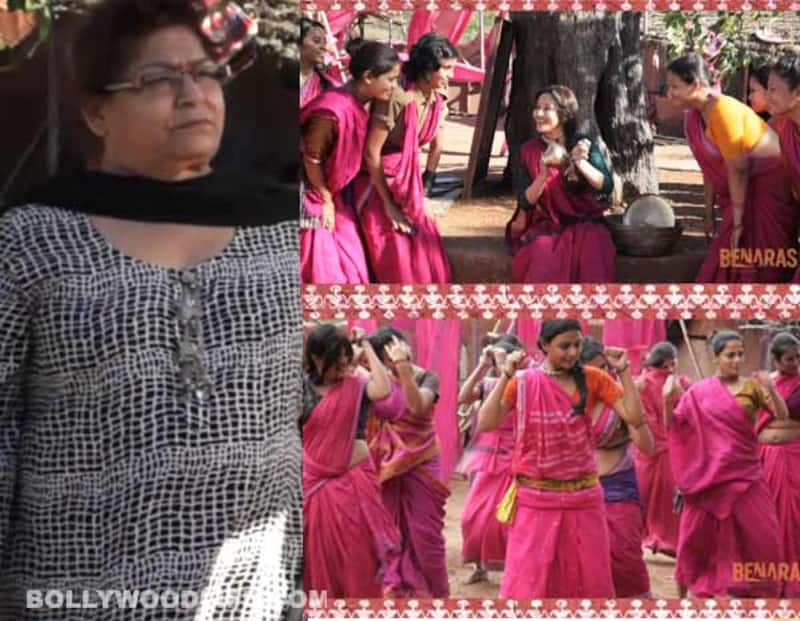 Sharm laaj mohe is a celebration song and defines one day in the life of a Gulaab Gang member. It is a fun song and choreographer Saroj Khan has portrayed that element through the dance steps in the best possible way. Saroj is seen teaching dance steps to all the actors and dancers. The song is a motivational song and gives a little emotional push to the oppressed women and asks them to stand up and raise their voice against all forms of ills done to them. Also Read - Jhalak Dikhhla Jaa 10: Nia Sharma shares glimpses from her rehearsals; actress' toned body grabs everyone's attention [View Pics]

Sung by Malabika Brahma and Pavni Pandey, this song seems to be just another folk song. Soumik Sen’s composition gives this folk song some beats and some classical touches. The lyrics by Shreya Narayan are also plain and have nothing new to offer. It is only the moment when Madhuri Dixit Nene enters the song that you start enjoying the song. Madhuri is not showing off her superb dance steps a lot but on the contrary is just seen playing with her facial expressions. Saroj had once said that Madhuri was the best dancer she had ever choreographed and rightfully so, she is seen hugging the Dedh Ishqiya actor at the end and giving her a look of satisfaction. Also Read - Jhalak Dikhhla Jaa 10: Comedian Bharti Singh to host celebrity dance reality show? Here's the truth

We loved the making of the song and you too need to witness it to believe it. So go ahead BollywoodLifers and have a look at the making of this folk lore and watch Madhuri spell magic onscreen.
[flv image="https://st1.bollywoodlife.com/wp-content/uploads/2014/03/gulaab-gang-making-2.jpg"]https://st1.bollywoodlife.com/wp-content/uploads/2014/03/sharm-laaj-mohe.flv[/flv]