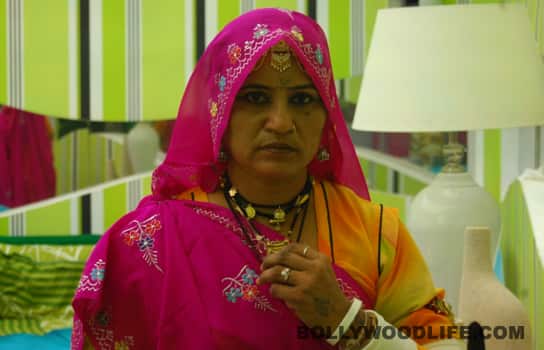 Rajasthani folk artiste Gulabo Sapera seemed to be one of the good girls in the Bigg Boss 5 house, but after her eviction on Friday, she has revealed her claws. Gulabo had a lot to say about Pooja Misrra, so far the bitchiest contestant in the house. Gulabo revealed that Pooja is obsessed with incense sticks, and the high they would give her. While smoking is allowed in the house, drugs and alcohol are not. Gulabo said Pooja always borrowed her incense sticks, and she willingly lent them, totally unaware of the use Pooja was putting them to - until one day, when she spotted her carrying a lit stick to the bathroom. That’s when the dancer apparently realised that Pooja was getting high on the incense. Gulabo has also claimed that while other contestants would be calmer after a smoke, Pooja would just get angrier and more destructive. So much so that when Pooja fought with Shonali Nagrani, the other contestants hid all the knives away, scared of what Pooja would do if she found one. Looks like here’s one lady who knows how to become a household name and bag lucrative contracts later, just in case she too gets evicted before the finale. Also Read - From Salman Khan to Aditya Narayan: 5 celebs who got slapped or attacked in public