Dhaakad actress Kangana Ranaut is known to speak her mind in a lot of issues and she did the same as she spoke about the Gyanvapi Mosque row. 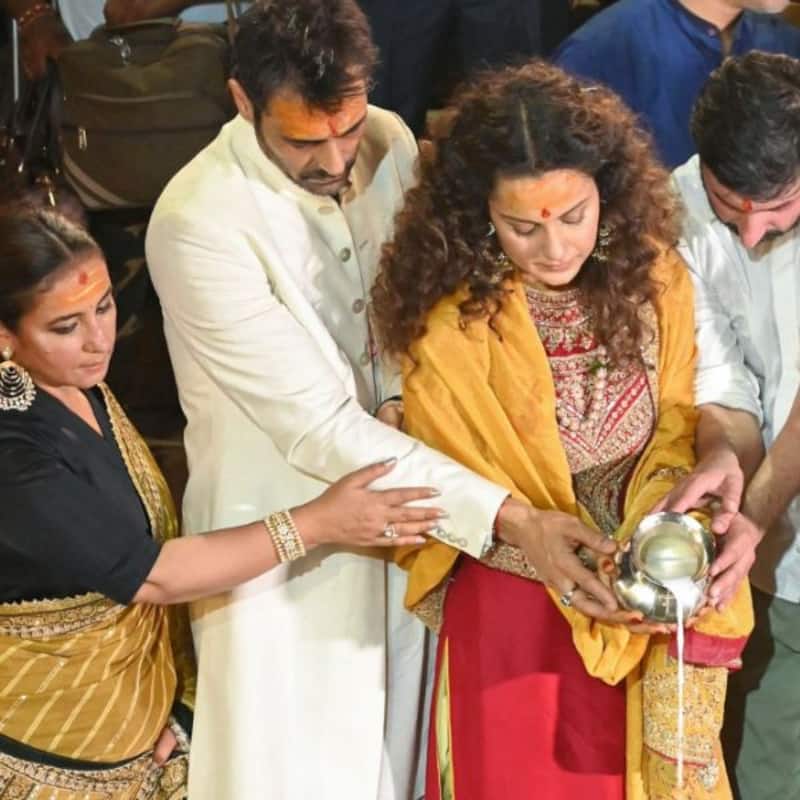 Dhaakad actress Kangana Ranaut has spoken on the Gyanvapi Mosque row. She was in Varanasi to release the title song of her film. For those of you who are not aware, on May 17, the Supreme Court directed the Varanasi administration to protect and seal the area where a 'Shivling' was found during a video survey inside the Gyanvapi mosque complex. However, the apex court also directed the concerned authorities to not restrict Muslims from entering the mosque to offer 'namaz'. Also Read - Trending Hollywood News Today: Lindsay Lohan sparks marriage rumours; Jungkook and Charlie Puth in a BL relationship and more

A bench comprising Justices D.Y. Chandrachud and P.S. Narasimha said, "The area where 'Shivling' is found should be protected." The bench added that no manner of restriction should be imposed on Muslims entering the mosque to offer 'namaz' or religious observances. Also Read - Trending Entertainment News Today: Kaali's poster with a Goddess smoking draws flak, Top Bollywood actress having trouble adjusting with in-laws and more

Meanwhile, talking about the song, she said, "We have released Tu Hai Dhaakad during the last leg of our promotional campaign as this song sets the tone of the film. It showcases Agent Agni as an unstoppable force who embodies the never-say-die attitude. The song has an anthem-like quality to it and encompasses my character's grit and gumption in herself and her abilities."