Haha! That embarrassing moment when Sushant Singh Rajput couldn't figure out his own outfit!

Sushant Singh Rajput walked the ramp for Manish Malhotra along with Shraddha Kapoor at the Lakme Fashion Week 2016 last night....

Sushant Singh Rajput is totally winning our hearts right now! I mean, as if his sexy workout videos weren't enough, he further made sure to win over our hearts by walking the ramp for Manish Malhotra at the Lakme Fashion Week last night and boy, can we just keep staring at his hot as hell pictures? No literally! This man has everything to make women go weak in the knees. In fact, even the men for that matter. But you know what's more interesting? The same style and confidence wasn't evident behind the scenes for Sushant, who made his ramp debut with this one was actually struggling to adjust to his dhoti pants before the show. Yes! Check it out... Also Read - From being pregnant to turning a mother - 3 pics of Kareena's beautiful journey at LFW

While Sushant showed no trace of discomfort on the ramp. He literally had one helluva time draping his pants. Haha! You gotta check out his expressions to know what we're trying to say. Look at that face! We stumbled upon this another picture which also has him making that 'Oh-I-Am-So-Surprised' wala face! Now we really dunno what's with that face but the end result certainly turned out to be one sexy affair. Don't you think Manish gave Sushant the perfect outfit for the night? Here, check out a few more pictures... Also Read - Kareena Kapoor Khan's baby has already made a debut on 5 famous platforms - check it out 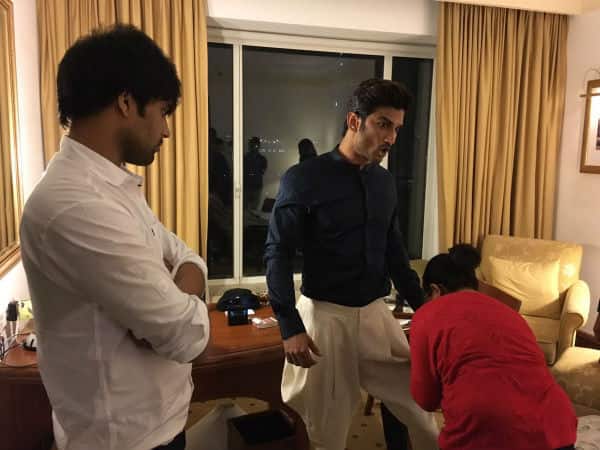 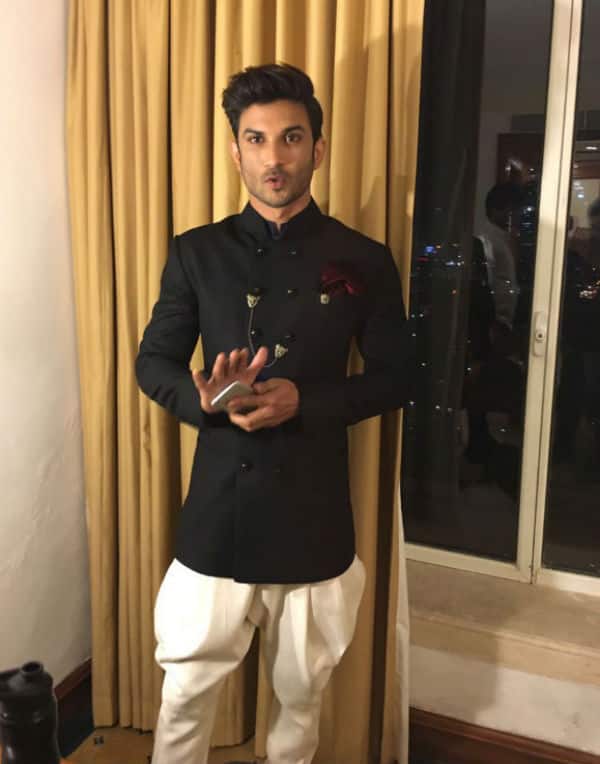 No wonder Sushant was super nervous before making his ramp debut for Manish Malhotra. He even made an honest confession right after the show saying, "I was very nervous to walk the ramp and asked Manish Malhotra what do models think when they walk" Thankfully, his nervousness didn't translate on the ramp! Phew!

So what do you think of Sushant's ramp debut? Hot or not? Drop your thoughts in the comments below and we'll be back with more updates, right here only on BollywoodLife.