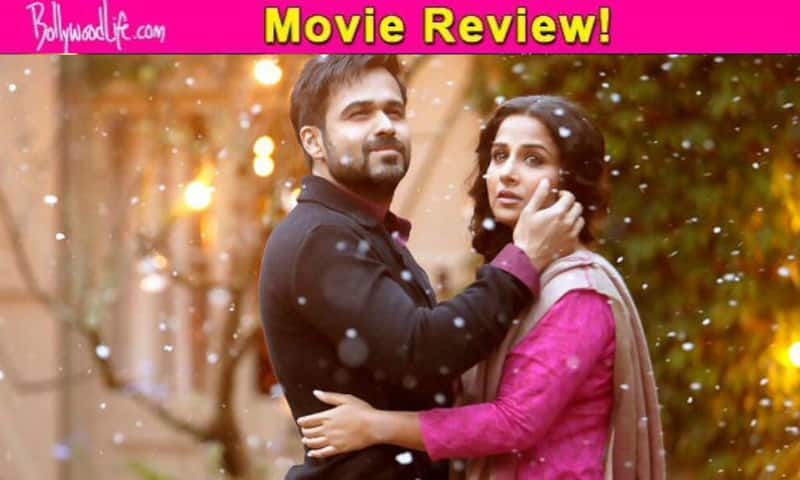 The weaver of heart-wrenching stories about unrequited love and Twitter's King of Sappy Romances, Mohit Suri is back with a new venture, the Emraan Hashmi-Vidya Balan starrer Hamari Adhuri Kahani

A lot of expectations have been riding on this film primarily because it is by the filmmaker who gave us Aashiqui 2 and Ek Villain. But does the film deliver? Read on to find out... Also Read - Durga Puja 2022: Aishwarya Rai Bachchan's Devdas to Vidya Balan's Kahaani; Bollywood movies depicting true spirit of Pujo

The opening scene of Hamari Adhuri Kahaani has a weary Vidya Balan clutching on to a map, getting off a bus in the middle of nowhere, walking a few steps and then collapsing. Mohit Suri manages to create enough drama in the first frame of his latest love saga that tells the story of an unfinished romance between a married woman and a single man. While the setting has the perfect fodder for what can be a high stung emotional roller coaster ride, the result is quite the opposite. Vasudha (Vidya) is a single mom, full time florist, part time self help guru who quotes lines off Chicken Soup for the oppressed single woman. Aarav (Emraan) is a billionaire whose hobby is buying hotels and narrating a sob backstory about his mother to anyone who can lend an ear. Oh, and he also has a BFF whose dialogues have an amazing range from 'Aarav flight delay ho jayegi' to 'Aarav you have to take this flight'. Rajkummar Rao plays Hari- Vasudha's husband who's framed as a terrorist and can't see his wife or have feelings for anyone else but him. The movie duels these 3 characters, giving us some of the cheesiest lines anyone has ever said on screen. Also Read - Double XL: Before Huma Qureshi, Sonakshi Sinha these TV and B-town ladies proved Big Is Beautiful

Vidya Balan gives her all to make Vasudha pass off as someone who you can empathize with. There are places where she stumbles, but she shows remarkable grace otherwise. Her scene with Rao when she sees him for the very first time in 5 years stands out and reminds us how performance hungry this actress is. Rajkummar becomes Hari and you can't help but want to see more of him. In fact the only time when the films graph takes a climb is when this actor pops up on screen. Emraan is sincere but is hampered by a sketchy script and a character that doesn't have any edge. The title track is played through the film with chords from the chorus giving some scenes a nice touch.

It's 2015 and Mohit Suri suffers from a serious 80's hangover where women touched the feet of their lovers or the wind blew away the flame to denote death or flowers magically embraced each other to show romance. For someone so young and current it is hard to believe that he's managed to let such material pass. Suri's films are often dark unrequited love stories that never end with the couple walking into the sunset. Both his earlier films Aashiqui 2 and Ek Villain worked because they connected with the audience on some level. But does today's woman really see herself as someone clutching her mangalsutra to remind herself of her duties or draw parallels between her life and that of Seeta and Radha ? I doubt it, and even if there are those who can identify with Vasudha, they definitely won't agree to the choices she makes. What seemed as a premise for a terrific extra marital love affair drama in the promo waters down to become a jugalbandi between who will ham the most. The film has some terrible dialogues that are so over the top that you wouldn't even find them in a reject episode of a daily soap! There are no light moments, the only time Emraan smiles is when he sniffs the 'khushboo' off his favorite flowers ! But what takes the cake is the CGI lit climax in a field full of strange looking lilies, that will literary 'blow' your brains off!

Hamari Adhuri Kahani is disappointing because the promo really pumped me up for some serious dramatics, instead what we get is a wafer thin plot and lead actors hamming it up beyond belief. This Kahaani fails to impress!