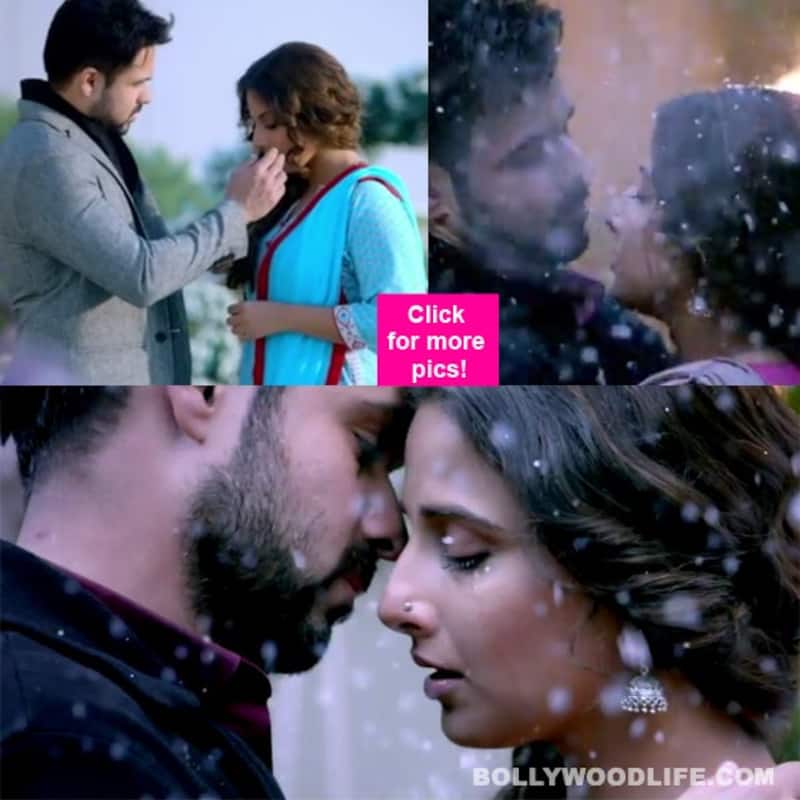 If you loved the trailer of Mohit Suri's upcoming directorial venture Hamari Adhuri Kahani then the title track of his film will certainly blow away your mind...

After Aashiqui 2 and Ek Villain, Mohit Suri seems to have come up with yet another blockbuster. Yes, I know its too early to predict anything but if you saw the trailer of Emraan Hashmi and Vidya Balan's Hamari Adhuri Kahani then you know the word 'BLOCKBUSTER' is written all over it. And now with the title track out, I am assured that this intense love story is going to be a musical delight as well. Sung by none other than Arijit Singh, the title track of Hamari Adhuri Kahani is pure bliss. It has got every emotion in it - love, pain, sacrifice and that insatiable desire to be with someone. Well, if you're a sucker for romance than you'll understand what I am trying to say and if you aren't then it really doesn't matter because every music buff is any which ways going to love Singh's latest offering. Also Read - Swara Bhasker, Uorfi Javed, Shah Rukh Khan, Salman Khan and more celebs who received death threats

Coming to the song, well, its beautifully crooned by Arijit Singh and that's not surprising because when it comes to singing this talented lad just cannot go wrong. While Arijit has delivered many hit songs, this one is more on the lines of Tum Hi Ho. In no way that means the title song of Hamari Adhuri Kahani is similar to Tum Hi Ho. I am just saying that this soulful romantic number will become as huge as Tum Hi Ho. Even after months and years, most of us will have this song on our playlist. Well, at least I am going to. Also Read - Ranbir Kapoor in Shamshera, Varun Dhawan in Jug Jugg Jeeyo and more Bollywood actors unleashing their never seen before avatars with latest releases

Emraan and Vidya's chemistry has never been better

As for the video, well, its not very different from the trailer as such but then it syncs perfectly with the song. Arijit's dumdaar voice is apt for Hashmi and the former brings forth every emotion through voice so effortlessly. Also, watch out for the Mr. X actor, he has got something very special in store for us. There is Vidya too and she looks stunning. Not to forget, their chemistry is just WOW. Watch the video and you'll agree with me. Rajkummar Rao also features in the film but he is hardly there in this song.

Overall, Hamari Adhuri Kahani is an absolute audio-visual delight. You just can't afford to miss this one! So check out the below video and tell us what you think.