Happy birthday, Kajol! 7 award winning performances of the actress you should not miss

The '90s era is unimaginable without Kajol's presence. She was the queen of that time. Who else could have delivered hits like Ishq, Dilwale Dulhania Le Jayenge, Dushman, Gupt, Baazigar, Pyar To Hona Hi Tha, but her? In her career, the versatile actress has won many accolades. Though I say she should have won each time she was nominated for an award, but that is just my undying love for her. Celebrating her 44th birthday, we revisit all of her award winning performances over the years. Enjoy. Also Read - Filmy Friday: When Ajay Devgn made an SOS call to Shah Rukh Khan with a special request after Kajol's father's demise

Kajol's comic timing is impeccable. All of her dialogues from this Karan Johar directed film are a hit on Dubsmash. The Dubsmash feed is filled with people lip syncing on outrageously funny dialogues such as "Kya musibat maine pala, ek taraf Rukshar aur ek taraf Khala" , "Mujhe na tyre puncture karne me bada maza ata hai" and of course "Aa gayi kamini bachcha chhodne". Only Kajol could have pulled off this role that not only demanded a peculiar comic timing but depth in emotions as well. Also Read - Happy Birthday Aditya Chopra: 6 important love lessons that films like DDLJ, Rab Ne Bana Di Jodi and more taught us

The role that established Kajol. She starred opposite Shah Rukh Khan in the iconic romantic film that is still running in a theater in Mumbai. Such is the enigma of this beautiful film. The actress' portrayal of a simple girl next door, could ring bells in any heart. I've heard it is a fantasy of many men to extend their hand to a Kajol-like girl running behind a train and help her board it, like in the film. Kajol's effortless acting makes this role her most iconic one.

My personal favourite of the lot. Kajol, Bobby Deol and Manisha Koirala starrer Gupt is not just a messy love triangle but more importantly a slasher film. A serial killer haunts the life of the hero as every murder gets pinned on him. The heroines help him in uncovering the truth and find the identity of the killer. And guess who is revealed to be the serial killer in the spine chilling climax...

Oh hell yeah! It turns out to be Kajol. She won several awards for the role of an antagonist. Spoiler Alert! Oh wait... this is supposed to be written earlier. Sorry.

In this mind twisting film, inspired by Eye for an Eye, Kajol plays a woman hell bent to kill her twin sister's murderer. Ashutosh Rana plays the villain in this scary saga. The fight between Kajol and Ashutosh keeps you at the edge of your seat. And the actress' acting...claps...it almost brings you to tears. 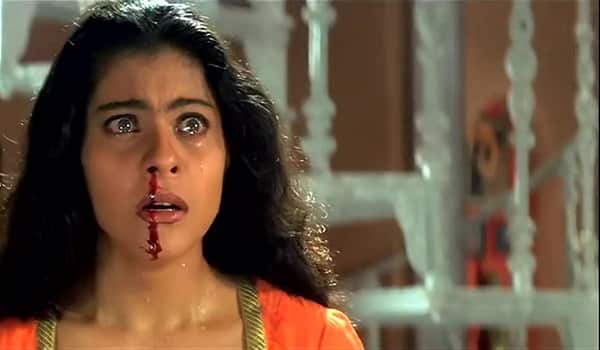 In this 9/11 aftermath story Kajol plays a mother, whose son dies in an racism attack. She blames her autistic husband, played by Shah Rukh Khan, for the ordeal, as only after marrying him she and her son took the last name Khan. We dare you to stop your eyes from tearing up when Kajol breaks down in a scene after her son's death. 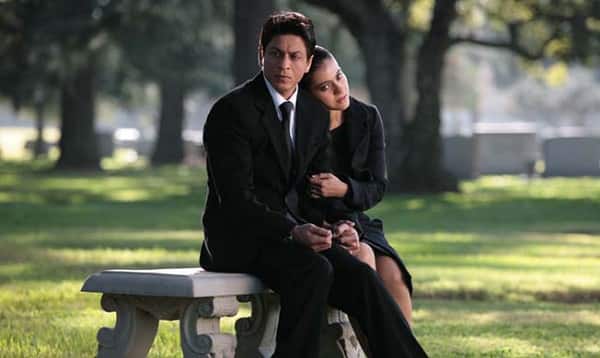 Kajol plays a blind woman who falls in love with a terrorist, played by Aamir Khan. So you know the depth that this character must have demanded. The actress gives this film her best. In the end, when she kills Aamir, oh boy you should see her act! It's like she was born for this role.

Kajol goes from this 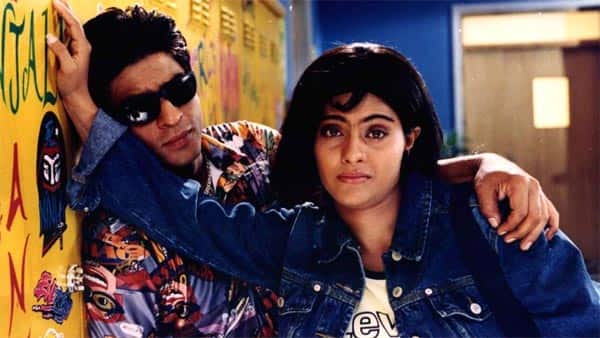 in this romantic comedy. I rest my case.