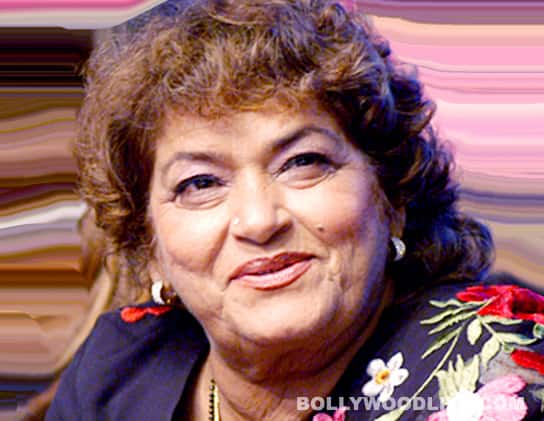 Though she hasn’t been in front of the camera, she is largely responsible for making the most ravishing B-town girls dance their way into our hearts

Right from Hero to Mr India and Chandni to her latest outing in Karan Johar’s Agneepath remake, Saroj Khan’s killer moves have ensured that the leading ladies get immortalised on celluloid. The songs that she has choreographed are a part of industry folklore. People may not remember the name of the film that the song featured in, but they surely remember some of the steps that she has choreographed for it. It seems that every song worthy of being choreographed was made for her so that her protégés could set the screen ablaze. She made a mark with Subhash Ghai’s Jackie Shroff-Meenakshi Seshadri-starrer Hero and there has been no looking back. The Saroj Khan-Madhuri Dixit combo also has given Bollywood one of the most memorable dance numbers. Any writing about Saroj Khan is incomplete without the mentions of her exemplary work in Tezaab, Chaalbaaz, Sailaab, Beta, Khalnayak, Hum Dil De Chuke Sanam, Devdas, Lagaan, Guru and Jab We Met. Not just films, Khan runs a popular dance academy which helps many Bollywood aspirants make their way on to the big screen. She also judges many dance reality shows on TV and mentors the participants. With almost 275 films to her credit, with more than a handful of popular and National awards, Saroj Khan is a legend in her own right and as she turns 63, we wish her all the best and we hope that she keeps making a heart go Dhak dhak with her matkas and jhatkas! Also Read - AGNEEPATH movie review: Hrithik Roshan lifts the film

Is Madhuri Dixit B-town’s new endorsement queen? Also Read - What will Karan Johar do at the 2012 Olympics?