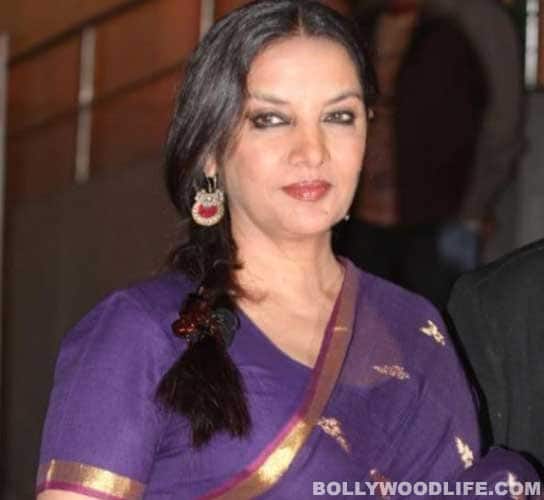 Birthdays are just one year gone by, says the Godmother actor who is in a serene state of mind

Actor Shabana Azmi celebrated her 61st birthday at Khandala hill station near Mumbai on Sunday. "Its v early in d day and so many birthday greetings! Thanku so much all..inshallah aaj ka din khushgawar hoga," tweeted Azmi on Sunday. She and her family, including husband and poet Javed Akhtar, drove to their Khandala home on Saturday. "Brought in birthday eve with family and. V close friends in Khandala..lovely," Azmi tweeted. Revealing her birthday plans, the actor told Hindustan Times that she will be enjoying a lunch party with friends and family. "I'm celebrating my birthday at our Khandala home. There would be a small gathering on Sunday for a lunch party. The weather is absolutely nice here," she told the newspaper. Azmi said birthday for her means just a year passed. "At this stage, birthdays are just one year gone by. I take life as it comes. There's a level of maturity where you are able to go with the flow. You have a lot more little opinion, and more flexibility. Right now I'm in a serene frame of mind," she said. Born on 18 September, 1950, Azmi, an alumna of the Film and Television Institute of India of Pune, made her film debut in 1974 and soon became one of the leading actresses of parallel cinema. Regarded as one of the finest actresses in India, Azmi's performances in films in a variety of genres have generally earned her praise and awards, which include a record of five wins of the National Film Award for Best Actress and several international honours. She has also received four Filmfare Awards. Azmi has appeared in over 120 Hindi films in both mainstream and independent cinema, and since 1988 she has acted in several foreign projects. In addition to acting, Azmi is a social and women's rights activist, a Godwill Ambassador of the United Nations Population Fund (UNPFA), and a member of the Rajya Sabha, the upper house of the Indian parliament. Also Read - 5 Times Neena Gupta proved actresses can be vulnerable too: From asking for work when jobless to admitting of being jealous of Shabana Azmi