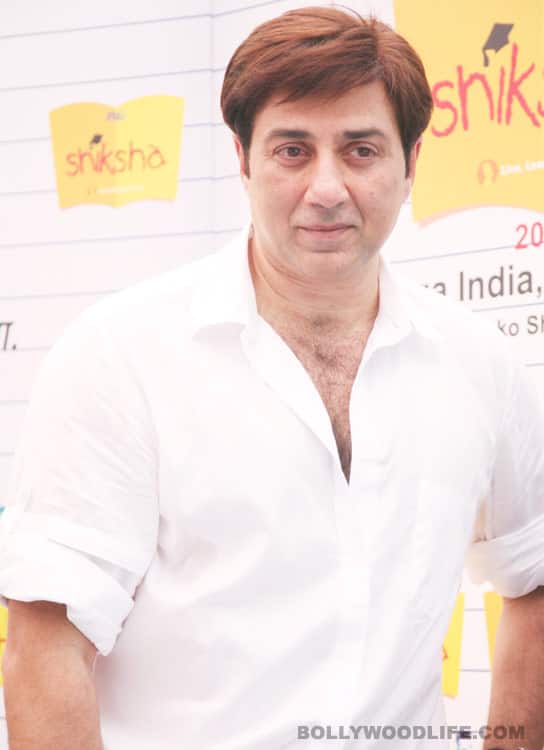 The action king of Bollywood turns 55 today and we wish the actor, who has entertained us over the years with awesome stunts and cool fight scenes, many many happy returns of the day!

As Ajay Singh Deol, better known as Sunny paaji, one of B-town’s hottest action figures turns a year older today, we wonder how the actor still manages to be as fit as a fiddle. His ‘dhaai kilo ka haath’ (hand that weighs two and a half kg) has probably gained more weight, and that’s warning enough for anyone who is even remotely planning to mess with Mr Deol. He made his debut in Betaab and stole our hearts, even more so in his action film Arjun. What stays imprinted in our minds is the way the actor grooves - he has brought about a grin on our faces with his clumsy renditions. His ‘taarikh pe taarikh’ dialogue from Damini continues to mesmerise us. Right from playing a spy to a boxer, the Ghayal hero takes us back to the memory lane down the eighties, when just one Sunny Deol was enough to hook us on to his spicy action movies. The best part he didn’t need special effects and harnesses to create the magic on screen. He showed us his muscle power in the blockbuster Gadar - Ek Prem Katha. The Deols including Sunny have a huge fan following in Punjab, with films like Apne and Yamla Pagala Deewana being huge hits there. Sunny has won two National Awards and several other accolades. The actor has directed a film called Dillagi starring himself and brother Bobby. He will now be seen in Ghayal Returns, Yamla Pagala Deewana sequel and Mohalla Assi among others. Also Read - Trending Entertainment News Today: Akshay Kumar replaced Sunny Deol in Prithviraj; Kangana Ranaut calls Ananya Panday a 'Bollywood Bimbo' and more