#HappyBirthdayBhargavaRam: Jr NTR shares some cute pics of his little munchkin which are truly unmissable

Jr NTR will be next seen in SS Rajamouli's RRR. The film also stars Ram Charan in key roles and is made on a budget of Rs 300 crore.

We have always been fans of star kids right from Taimur Ali Khan, AbRam Khan, Zain and Misha Kapoor, Inaaya Naumi Kemmu and many others. But now one more kid has joined the list, who will definitely win many hearts with his cute smile. If you haven't guessed it yet, we are talking about Jr NTR's second child Bhargava Ram. The adorable kid turns one today and the Tollywood superstar has shared his picturess, which will surely bring a huge smile on your face. The actor captioned the picture, "#Bhargav turns one!". 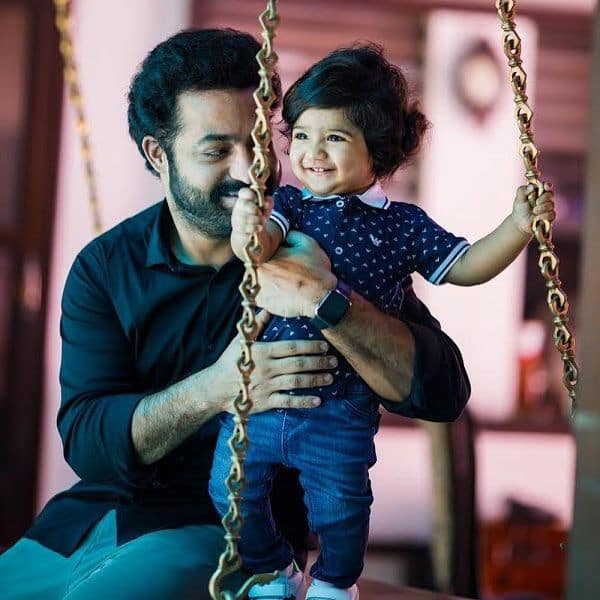 Meanwhile, the actor is currently shooting for SS Rajamouli's RRR. It is one of the biggest multi-starrers in Tollywood this season. This film marks the first collaboration between Ram Charan and Jr NTR. The film will be set in the early 1900s and will have the actors playing roles inspired by characters of the rebellious personalities Alluri Sitaramaraju and Komaram Bheem. Ram Charan will be seen playing Ramaraju while NTR will essay Bheem in the plot. The makers have cast Alia Bhatt and Ajay Devgn in key roles.

The Story Line of #RRR... #RRRPressMeet

Made on a budget of Rs 300 crore, RRR will release on July 30, 2020, in Telugu, Tamil, Hindi, Malayalam and other Indian languages simultaneously. The film will clash with Ranbir Kapoor and Vaani Kapoor-starrer Shamshera at the box office. So, which one will be your pick among the two? Tweet to us @bollywood_life.