#HappyBirthdayVarunDhawan: Arjun Kapoor, Alia Bhatt have the sweetest birthday wishes for their partner-in-crime

Varun Dhawan who has just had a release with Abhishek Varman's Kalank is celebrating his 32nd birthday today. And wishes are pouring in from every corner, from celebs including Arjun Kapoor, Alia Bhatt, Ananya Panday, Kartik Aaryan.

'Happy birthday VD', believe us that's exactly what the entire B-town is yelling. At least, all of Varun Dhawan friends and pals are doing so and we are here to join in the celebrations. The B-town hunk, who you can still catch in theatres as Zafar in Kalank BTW, has turned 32 today and wishes are pouring in from every corner for the actor. From childhood buddy Arjun Kapoor to partner-in-crime Alia Bhatt, social media is filled with adorable birthday posts and social media PDA for Varun Dhawan and hey, we are not complaining.

Happy Birthday, Varun Dhawan: 6 throwback pictures that will make you fall in love with his cuteness

Also Read - Insta-stalker alert! From rocking a sherwani to being shirtless, Varun Dhawan can you stop looking so damn hot?

We especially loved Arjun's post. The fact that they go way back (remember the We Hate Katrina Kaif club? [which has been renamed to We Love KK club]) came through in the words the Panipat actor penned for his BFF. He wrote," My Brother from another Mother... Humare Guruji, our #VDin3D the street dancer, the coolie, the marketer, the child who refuses to grow up... Happy Birthday @varundvn hope u lay the smack down on this coming year !!! Ps - This amazing double role image brought to u by @shanoosharmarahihai !!!"

My Brother from another Mother... Humare Guruji, our #VDin3D the street dancer, the coolie, the marketer, the child who refuses to grow up... Happy Birthday @varundvn hope u lay the smack down on this coming year !!! Ps - This amazing double role image brought to u by @shanoosharmarahihai !!!

Happy birthday fellow Street Dancer! @varundvn You’re an amazing friend, co actor and most importantly a really nice person. Your good vibes are too contagious and you make everyone very proud. Have the best birthday!!! Love you ?? 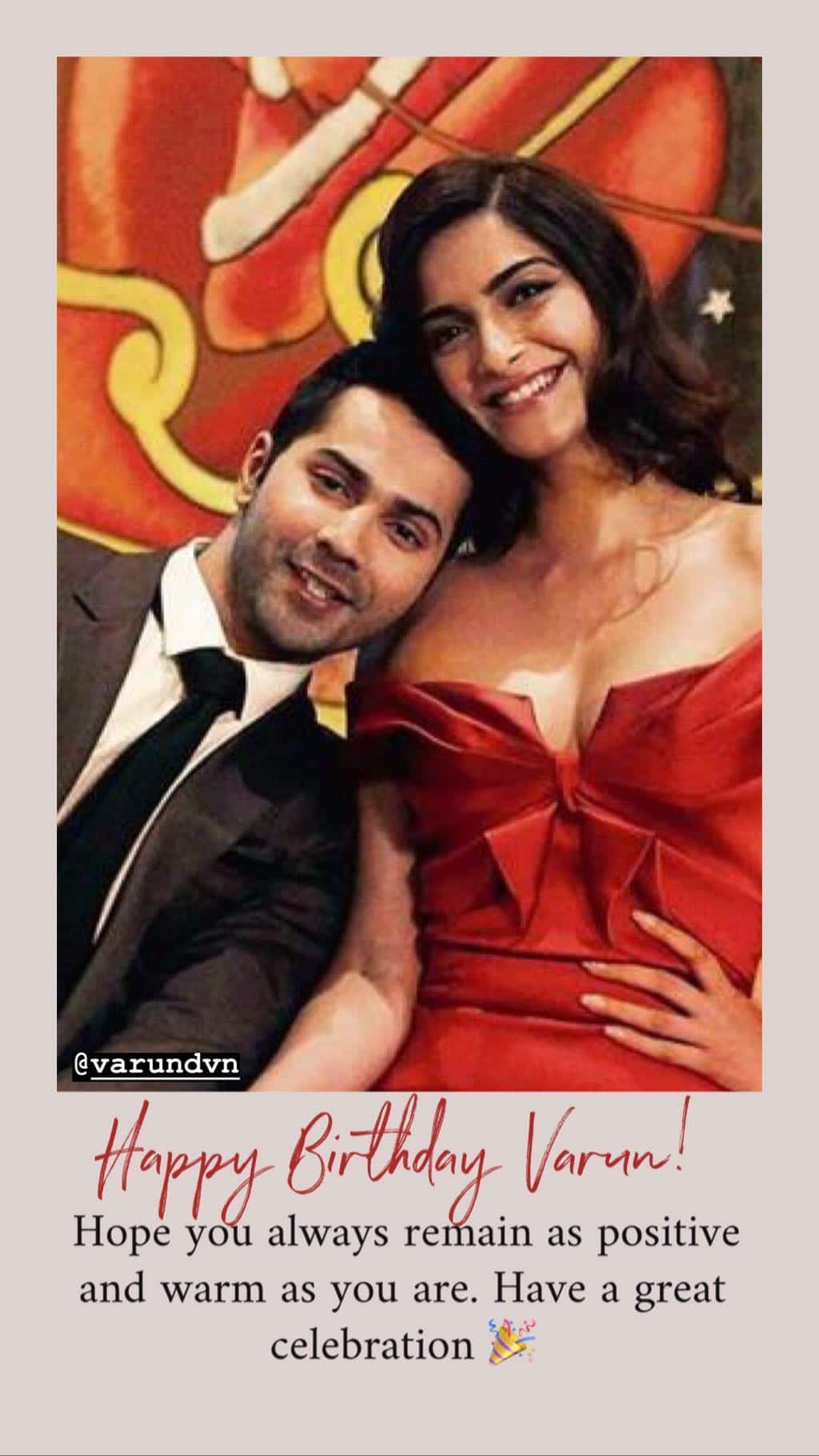 Happiest Birthday to one of the nicest guys i know here.. @Varun_dvn have a fabulous day ahead and stay the super warm person you are! ?❤️ And Never Grow Up! Lol.. pic.twitter.com/sDA5wioEnG

Happiest birthday to the student I’ll always be crushing on! ❤️??‍?#StudentNo1 #StudentOfTheDecade

Happy birthday to u nice guy @Varun_dvn .wishing u even better films this year with lots of luck and love.keep being the great guy u r . pic.twitter.com/593OrnHpiH

On the work front, Varun will next be seen in Street Dancer 3D, directed by Remo D'Souza also stars Shraddha Kapoor Prabhudheva, Nora Fatehi, Sonam Bajwa, Shakti Mohan, Vartika Jha, Dharmesh Yelande, Punit Pathak and Raghav Juyal in key roles. The film will be shot in 3D and converted to 4DX later. It is scheduled to release on November 8.

He also has Coolie No 1 remake with daddy dearest David Dhawan with Sara Ali Khan. Just like Judwaa 2, the makers of the Coolie No 1 remake are recreating two iconic songs from the film, which are Main Toh Raste Se Ja Raha Tha and Husn Hai Suhana. The producers have said that they will not remix these songs as they are still popular today among the masses. We wish the actor a very happy birthday!