Harman Baweja and Sasha Ramchandani exchanged rings at their roka ceremony which took place in Chandigarh in the presence of their family members.

Harman Baweja, who once dated Priyanka Chopra, has got engaged to Sasha Ramchandani. The two exchanged rings at their roka ceremony which took place in Chandigarh in the presence of their family members. Also Read - From Ranveer Singh losing his virginity at 12 to Priyanka Chopra being asked to strip, Bollywood secrets that will leave you shocked

Harman's sister Rowena Baweja shared the picture from the roka ceremony and welcomed Sasha into the family. "Congratulations you two!! Welcome to the family @sasha_ramchandani! Can’t wait for the celebrations to begin. We love you #rokka #family #celebrationtime #chandigarh #harmanbaweja," Rowena wrote on Instagram. Also Read - From Harman Baweja cheating on Priyanka Chopra to Madhuri Dixit helping Sanjay Dutt through his drug addiction: Bollywood’s best kept secrets that will make you go hawww

For the uninitiated, Sasha Ramchandani is an integrative nutrition health coach. She runs a page on Instagram which goes by the name Better Balanced Self. She is apparently friends with actress Sagarika Ghatge who has also taken to Instagram to wish the couple on their engagement. Also Read - Priyanka Chopra’s alleged linkups that rocked the industry and shocked fans 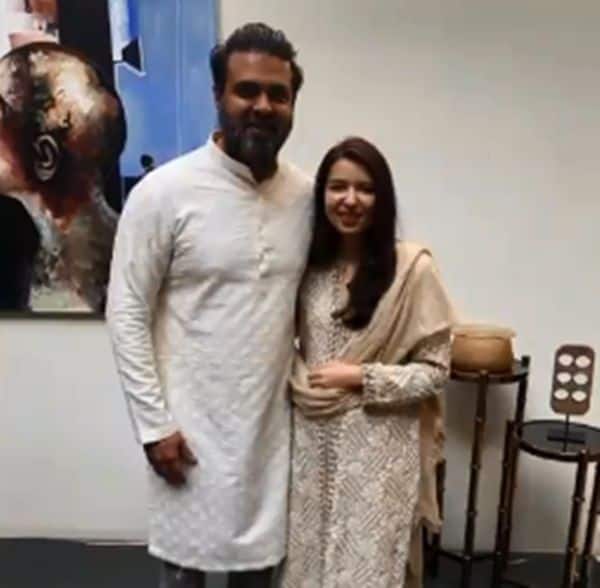 Harman had made his debut with Priyanka in Love Story 2050 in 2008. The film was declared a flop at the box office. He went on to work in movies such as Victory, What's Your Raashee? and Dishkiyaoon. However, all of them failed to make a mark at the box office.

The actor has been away from the showbiz since 2014. He had grabbed eyeballs when he was spotted at a restaurant and looked unrecognizable as he had put on weight.

Harman Baweja and Genelia D'souza starrer Its My Life, a father-son relationship drama, had skipped theatrical release and premiere on television. Directed by Anees Bazmee, the film is a remake of the 2006 Telugu hit, Bommarillu.