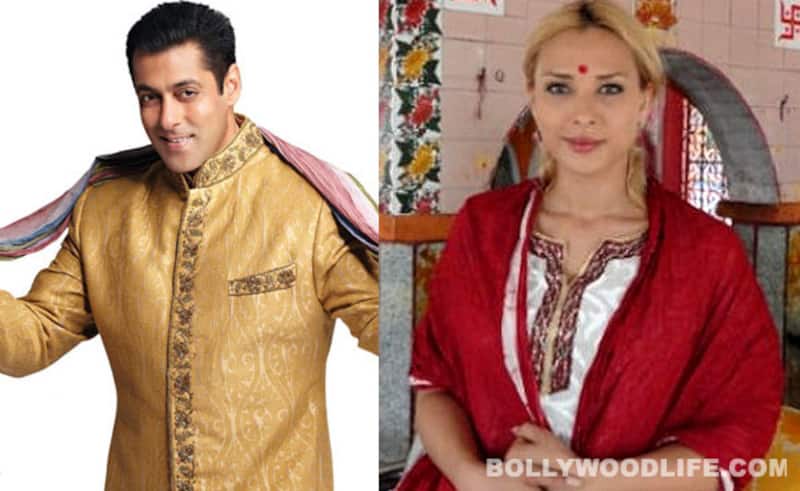 As per the latest buzz, the actor has broken up with his Romanian girlfriend

Salman Khan's love life is no news to B-town. Months after his relationship with Bollywood beauty Katrina Kaif ended for over some unknown reasons, Salman started seeing a Romanian TV anchor named Iulia Vantur. There was a strong buzz that Salman is very serious about his new Romanian girlfriend, and would marry her soon. But then came a twist in the tale! Also Read - Bigg Boss 16, Day 5, Live Updates: Tina Datta questions Shalin Bhanot and Sumbul Touqeer's connection

Our birdie, on the condition of anonymity informed us that the Dabanng dude is single again and has ended his alleged romance with Iulia Vantur. Wait, there is some more. The reason for their break up are apparently Salman's parents. If the reports are to be believed, Iulia apparently is married to Grammy nominated Marius Moga. When she was confronted about it, she kept denying the allegations. That was when Salman’s family decided to step in and take charge of the situation. As more and more information about Iulia's past started to emerge, the Khan family decided it was best that the couple parted ways. Also Read - Bigg Boss 16: Sajid Khan makes early revelation about who'll be one of the finalists on Salman Khan's show and it's NOT HIM

Apparently, Salman who was facing problems in getting a visa for London finally got it but he stayed back in the city to celebrate Eid and to sort this matter out with his family. But it seems that Salman failed to convince his parents. Also Read - Bigg Boss 16: Urfi Javed slams Shehnaaz Gill, Kashmera Shah for supporting Sajid Khan

Now on one hand where Salman is lone and single again, Iulia is believed to have packed her bags and gone back to Romania.