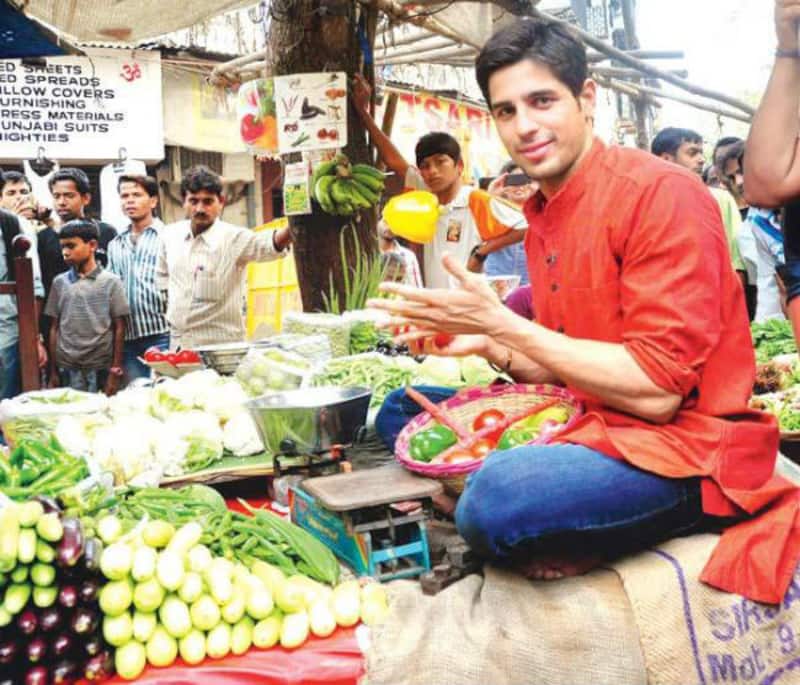 Actor Sidharth Malhotra recently turned into a vegetable vendor for a TV show and although he convincingly did his job, it was later found that he needs to brush up his knowledge about vegetables. Also Read - Kiara Advani gets badly trolled for letting security guard hold an umbrella for her; netizens question, ‘What happened to your hands?’ [Watch]

He chose to be a part of Mission Sapne, currently being aired on Colors, and was able to help Ram Lal, a vegetable vendor-cum-aspiring mountaineer, to turn his dreams into reality while supporting his family. Also Read - After Laal Singh Chaddha-Raksha Bandhan's disastrous box office run; these five upcoming BIG clashes may end up losing money

But when his turn came to showcase his vegetable intelligence quotient (IQ) to anchor Sonali Bandre at the studio, the Ek Villain star failed. When quizzed before a large audience about the names and prices of various vegetables that he sold during the day, Sidharth failed quite miserably! Also Read - Koffee With Karan 7 new promo: Sidharth Malhotra and Kiara Advani to get married soon? Karan Johar drops hint [Watch]

Speaking out about helping Ram Lal achieve his dreams, Sidharth said in a statement: “As they say, charity begins at home; and keeping this in mind, I decided to be a part of Mission Sapne."

"Being part of the show has been a great experience, especially stepping into the shoes of a vegetable seller and earning his daily wage.”