We are sure you loved these scenes as well 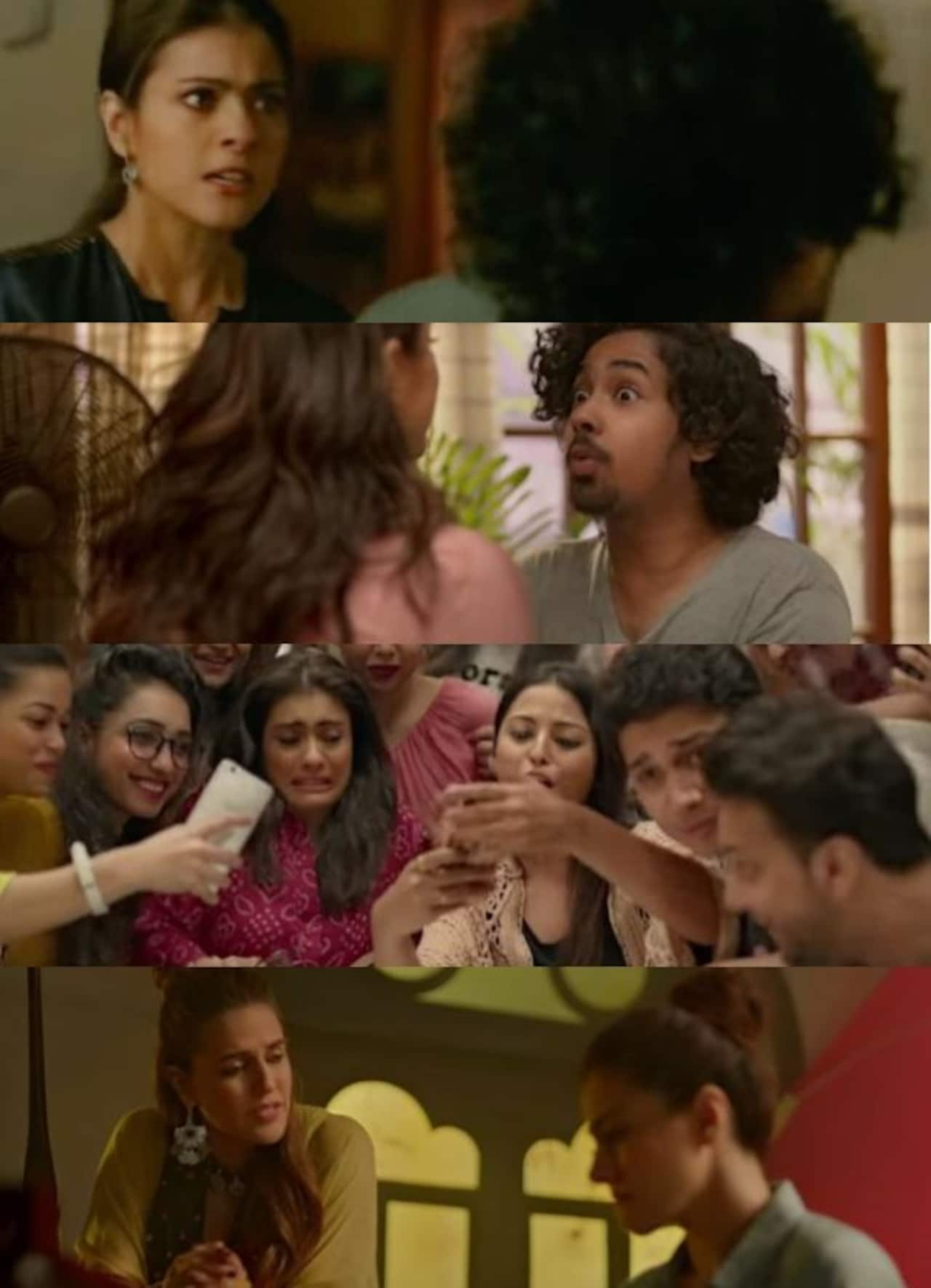 On the occasion of Kajol's birthday, producer Ajay Devgn released the trailer of Helicopter Eela. In the film, she plays mom to a teenage son played by Riddhi Sen. The tale is one we will identify with. An over-protective mom's world revolves around her son and she joins his college to spend more time with him. Over time, her proximity becomes suffocating for him and their bond hits a rough patch. It is a time to reassess priorities and take on something that is mentally engaging for a parent. The film is directed by Pradeep Sarkar and also has Neha Dhupia as her good pal who drives home good sense in her. Bengali National Award winning actor Riddhi Sen plays her son and he is a complete natural. Here are our five favourite moments from the film...

As teens we are wary about being seen with our parents and Riddhi brings forth the emotion beautifully as he says no no. Eela wants to join her son's college for further studies and all hell breaks loose. Also Read - Katrina Kaif is pregnant? Rumours go flying again courtesy of her Christmas picture with husband Vicky Kaushal and family

Kajol's expression is just so priceless in this scene where she becomes a celeb after her story gets published in the papers.

It is a moment of dismay for any doting momma when she realises that she is not the centre of the universe for her progeny any more. Kajol is absolutely brilliant in the scene.

We all need that one friend who drives home sense in the toughest of situations. Neha Dhupia's dialogue that when excessive love becomes suffocating no one benefits in a relationship is true for anyone not just parents and children.

Every parent likes to come across as perfect but life shows us that it is not always so. This scene has so much of humour.

We totally loved this flick. After Tumhari Sulu and Hichki, this one seems like an endearing slice of life film. Stay tuned to BL for more scoops.