Helicopter Eela's first poster out! Is that Kajol playing a puppeteer? 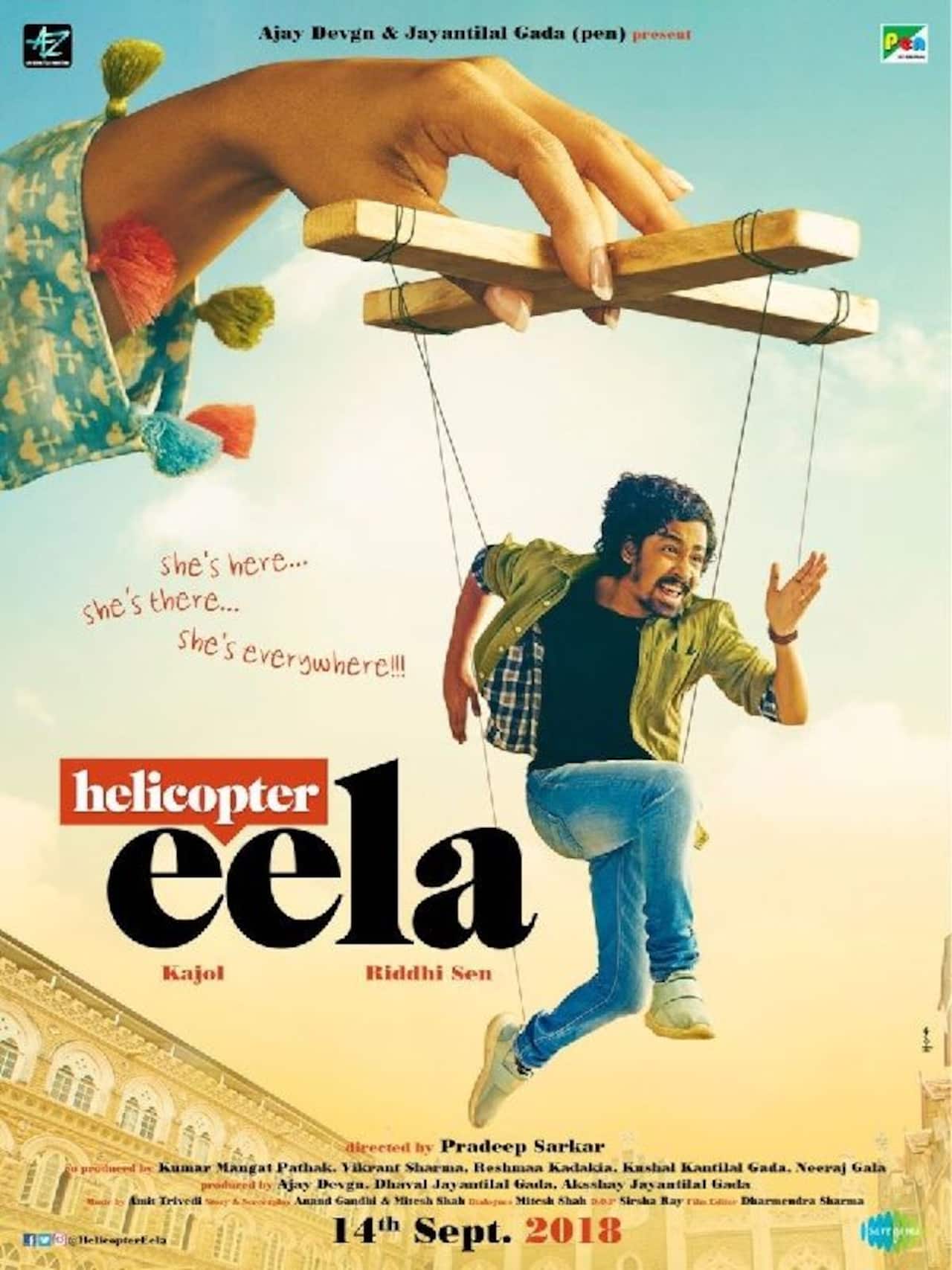 All Kajol fans can finally enjoy a happy dance as the actress returns to the silver screen after a gap of three years. Yes, she was seen with Dhanush in VIP 2, that released in 2017 but her last Bollywood movie was Dilwale with Shah Rukh Khan, Varun Dhawan and Kriti Sanon. Bollywood's one of the finest actress will mark her comeback with Helicopter Eela which is a movie based on Gujarati play 'Beta Kaagdo'. The makers of her movie recently released its first poster that sees Riddhi Sen as a puppet under Kajol's hands. Yup, the actress is missing in this newly released poster and we wonder when will the makers release the one with her. Also Read: This is why Ajay Devgn is not working with Kajol Also Read - Pathaan star Shah Rukh Khan-Salman Khan to Ajay Devgn-Karan Johar: A look at the MOST nasty celeb feuds in Bollywood

While talking to Mumbai Mirror, director Pradeep Sarkar informed, “I was offered the script around four months ago. It took me a while to understand the Gujarati tone but eventually, I fell in love with this extremely emotional story which boasts of some really strong characters and there’s a chance of people getting really close to them." He also confessed that he has been interacting with lots of Gujaratis in the recent times to understand the core of the film. The director has already started the prep for the film and will soon start reading sessions with Kajol. He also praised the actress and said, “She’s an awesome actress who picks up a role and owns it. She has her own style, charm and a particular way of talking that enhances the character.” The movie will release on 14th Sept 2018. Also Read - Trending Entertainment News Today: RRR song Naatu Naatu bags Oscars 2023 nomination, Pathaan movie review out, Bigg Boss 16 nominations and more