Producer Rashmi Sharma celebrated her birthday with a gala bash held at a five-star hotel in the suburbs. It was attended by all the actors from her shows who partied the night away! 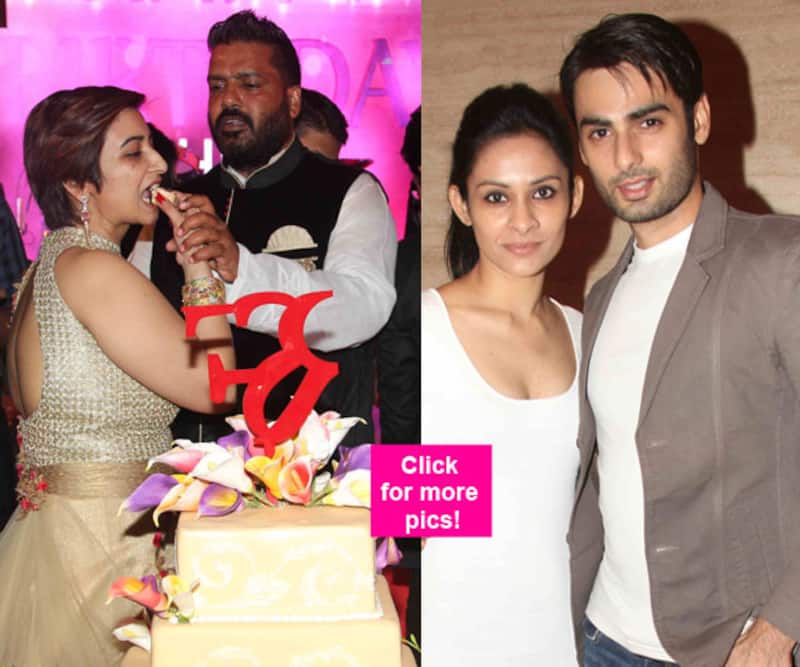 The newly turned film producer rang in her birthday in style!

A galaxy of stars attended producer Rashmi Sharma’s birthday bash, which was held in a five-star hotel in the suburbs. The lady wore a dazzling beige gold gown with embellishments on her special day. Given her company was her husband and director, Pawan who opted for a traditional outfit. Amongst the stars, Aroona Irani and Helly Shah were amongst the first to arrive at the bash. The Swaragini actress wore a striped maxi dress with dazzling hoops. Shilpa Shirodkar was the next to arrive in a black and gold outfit. Helly’s co-star Varun Kapoor was also one of the early birds at the do. He was accompanied by his wife, Dhanya who wore a white bandage dress. Also Read - Shehnaaz Gill, Shivangi Joshi, Rubina Dilaik and more popular TV celebs' siblings who are equally popular among masses

Sara Khan walked in with Sayantani Ghosh. The latter looked extremely colourful in an ethnic ensemble. We loved her mirror work studded jacket. Dheeraj Dhoopar aka Prem of Sasural Simar Ka and Saath Nibhaana Saathiya’s Mohammad Nazim kept in semi-casual. The venue was decorated with lights and a group of singers kept the guests entertained throughout the night. Also Read - Shivangi Joshi, Tejasswi Prakash, Helly Shah and other TV actresses who successfully juggled work and education [View Pics]

Rashmi Sharma, the producer behind successful shows like Sasural Simar Ka, Swaragini, Sarojini, Jai Santoshi Maa and others has ventured into film production with Pink. The film stars Amitabh Bachchan and is co-produced by Shoojit Sircar. It stars Taapsee Pannu besides Big B. It is directed by Aniruddha Roy Chowdhury. Also Read - From disrespecting Hina Khan, Helly Shah for their Cannes appearance to calling Nayanthara a lesser star; 5 times Karan Johar proved he needs to think before he speaks