Hema Malini was asked to share her thoughts on the idea of Kangana Ranaut contesting elections from Mathura. She gave a sarcastic reply. 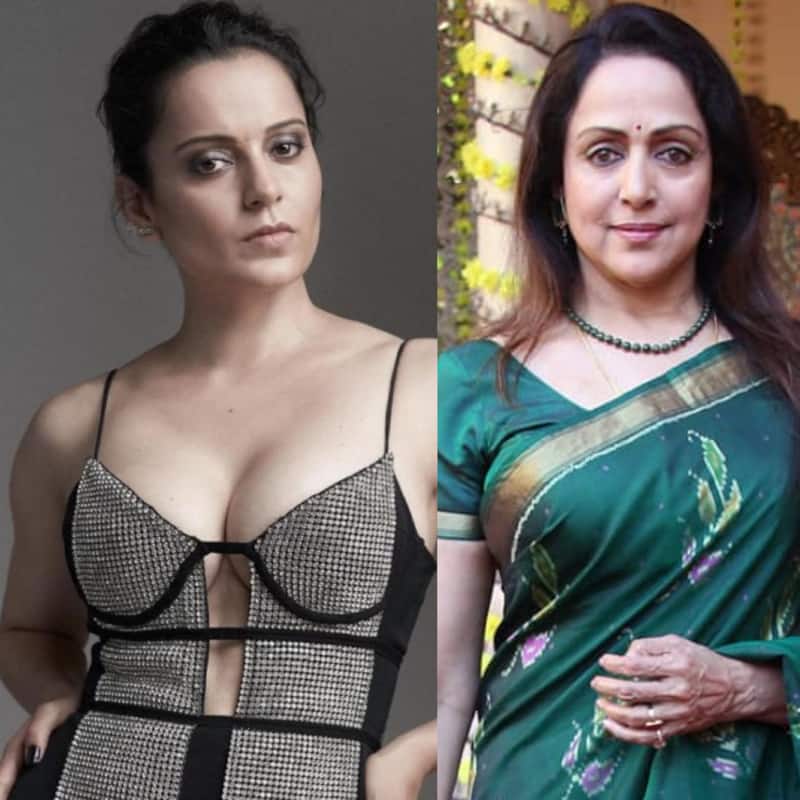 Kangana Ranaut has been one of the most controversial Bollywood stars in recent times. She wears her thoughts on her sleeves and shares her opinions without mincing words. Be it politics or nepotism in Bollywood, Kangana Ranaut has spoken at length on several subjects. She has fallen into controversies too because of the same. Recently, Kangana Ranaut visited Banke Bihari Temple in Mathura with her family and now, Hema Malini was asked about Emergency Actress' entry into politics. What's the connection? Read on. Also Read - Ahead of Ranveer Singh in Cirkus, list of Varun Dhawan, Kangana Ranaut and other actors who did double roles and their box office collections

A video has made its way to the internet, in which a what-if question was thrown at Hema Malini . She was asked to react to Kangana Ranaut contesting elections from Mathura. To this, Hema Malini tried to dodge the question. She stated that she has no reaction to it and Lord Krishna will see what happens. She then sarcastically went on to say that people do not want to elect a local but rather want a film star. Further, she said that tomorrow even Rakhi Sawant would also want to get elected. The video was shared by the news agency ANI. Also Read - Rashmika Mandanna to Richa Chadha: Times actresses got trolled for what they said in public

We await Kangana Ranaut's response to the same.

On the work front, Kangana Ranaut is busy with her upcoming film Tiku Weds Sheru. She shares screen space with Nawazuddin Siddiqui in this one. The actress also has Emergency lined up for release. She has stepped into the shoes of Indira Gandhi for this one. The first look teaser and poster of the film has left everyone mindblown. Also Read - Ranbir Kapoor, Deepika Padukone, Kareena Kapoor Khan and more celebs who entered the film industry without completing their education