Here is the kind of chemistry you can expect to see between Shah Rukh Khan and Alia Bhatt in Gauri Shinde's next - watch video!

It is probably the casting coup of the decade!

We lost our marbles when we heard that Shah Rukh Khan and Alia Bhatt will be coming together for the first time ever in Gauri Shinde's next directorial venture which will be produced by Karan Johar. While everybody's first guess was that the film will have Alia and SRK romancing each other, a newspaper report claimed this morning that Alia and SRK will not be shown to be romantically involved with each other in the film. The reason cited for the same was the tremendous age gap between Alia and SRK. Nevertheless, the film will be about love. Alia plays the protagonist in the movie who, sources claim, falls in love three times and learns important life lessons from every relationship. Three newcomers will be cast as Alia's love interests in the movie. Also Read - Brahmastra actress Mouni Roy grooves to Jalebi Baby; looks smoking hot in a LBD worth Rs 27K – watch viral video 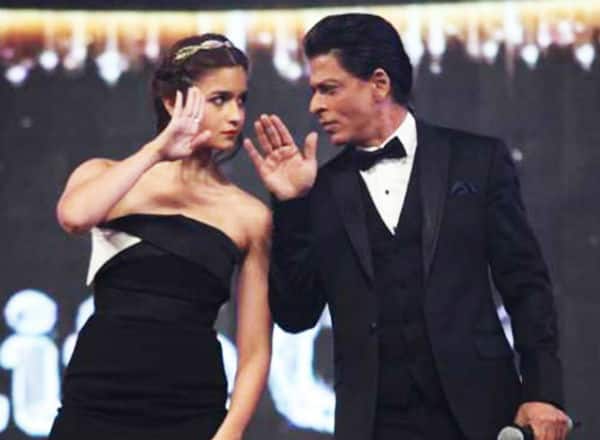 For those who are wondering about what part SRK plays in this plot, we don't have much info yet bu we do have something else that will give an idea about the kind of chemistry Alia and SRK will share in the movie! The two superstars came together onstage for the first time for Life OK Screen Awards 2015 recently, when SRK told Alia that he is a big fan of her crazy dance from her film Highway. At the awards show, the two even went on to perform an impromptu jig! You can't deny that Alia and SRK share crackling chemistry and this video is proof! Also Read - Jasmin Bhasin, Nora Fatehi, Alia Bhatt share a love for THIS accessory — find out what