Jennifer Lawrence and Chris Pratt's upcoming film Passengers has the coolest hibernation bay. Check out this video that gives details of the same. 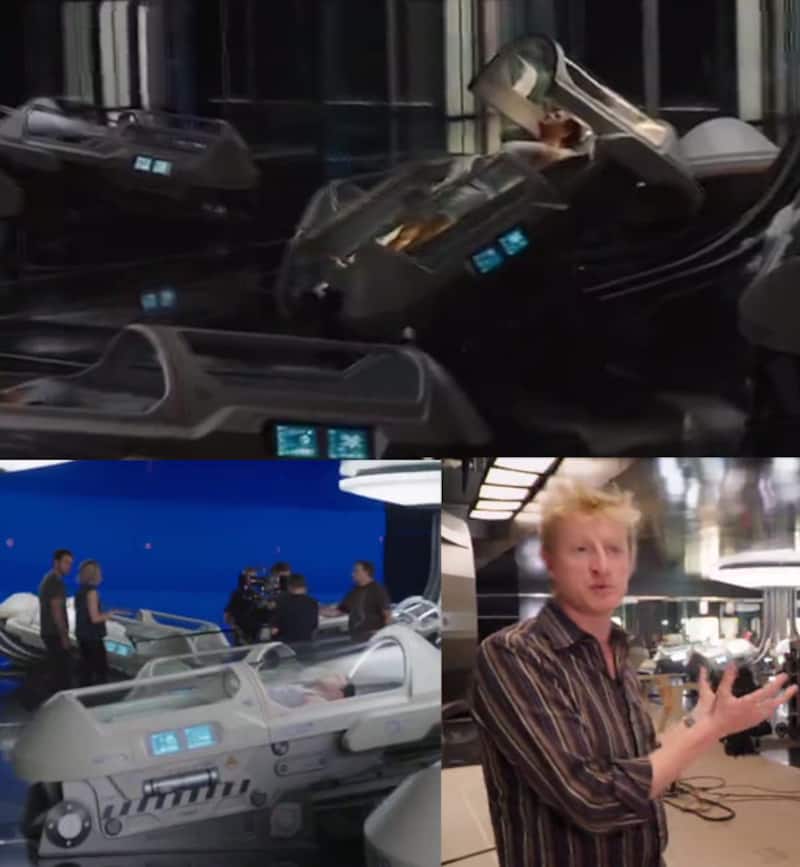 Jennifer Lawrence and Chris Pratt's much awaited space romance film is all set to release next year in January. But do you know the hibernation bay that they call their home has more to do than just move around. We just got our hand son a making video of the film where the makers have revealed what the hibernation bay is all about. A lot has went through for the hibernation technology's dream to find voice in a film. In this video, we see just about how the makers have created such a space ship. The set built for the hibernation bay itself is a total of 22,800 sq ft. To be precise, the set is 120 ft wide and 190 ft long. Clearly it is one of the biggest sets! (ALSO READ - Jennifer Lawrence's grandparents fail to recognise her Passengers co-star Chris Pratt) Also Read - Trending Hollywood News Today: Jennifer Lawrence addresses gender pay gap, BTS Busan Concert in trouble and more

Thanks to such a big set, the accommodation for passengers in the bay is also quite huge. An approx of 120 people can fit in and pods have been made for the same number. If you see the video, you'll get a better understanding of what pods are. We'll explain in simple words that it's a hibernation bed for the humans as they travel from one plane tot another. The magnanimity of the film just reached a new level. Sci fi films have always had a larger than life feel to it. The biggest proof for Passengers is this very fact. The video is a clear giveaway of just how big thinking the makers have for the film. You can check out the video below. Also Read - Jennifer Lawrence, Oscar winner and one of Hollywood's biggest stars, reveals she'll 'never be paid as much as men because of her vagina'

Starring Chris Pratt and Jennifer Lawrence in the lead roles, the film is sort of a planet travel journey as they are the last survivors. Thanks to the engaging trailer and such a powerful starcast, there's a lot of excitement for the film. In the recent promotions, JLaw and Pratt's chemistry and banters have been very cool. You can tell just how comfortable they are in each other's company. In fact, their onset antiques have also come out. The film has released internationally. However the film will hit the screens in India in January. Also Read - Amanda Seyfried to Sydney Sweeney: Hollywood stars REVEAL truth behind filming nude scenes

Are you excited to watch the film? Tell us in the comments section below. Stay tuned to this space for hot scoop and latest updates.