Here's taking a look at the star moms down South

Moms are important to everyone and they play a crucial role in our lives. When it comes to celebs, their role becomes even more critical because their children are under spotlight constantly. On Mother’s Day, we take a look at some south actresses and how their mothers have helped them in their careers and personal life too. Also Read - Rashmika Mandanna topples Kajal Aggarwal, Samantha Akkineni, Vijay Deverakonda to achieve THIS feat on Instagram

Trisha and Uma Krishnan Also Read - RRR: Did you know the box office blockbusters SS Rajamouli has churned out with Jr NTR and Ram Charan? Get ready to get your mind blown

This leggy actress has always attributed her success to her mom Uma Krishnan who has been her pillar of support through love, heart-break, success and more. Her mom has been managing Trisha’s career- and very successfully too – till date. The two have always stated that they share a very strong bond but respect each other’s space as well. Right from her modelling days, Trisha’s mom has encouraged her to reach for the sky and yet remain grounded. Uma and Trisha are both independent, progressive, outgoing and above all, show their love and affection for each other openly! Also Read - Dulquer Salmaan looks 10 years younger in latest photoshoot; his boyish charm will make you swoon - view pic inside 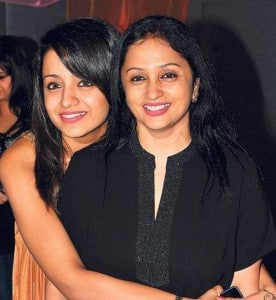 Hansu, as she is affectionately called by her mom, Mona Motwani, is the apple of her mother’s eye. Mona is a doctor and in between her busy schedule in Mumbai, she also keeps flying around the country to be supportive to her daughter. Hansika has always stated that she will never do anything to hurt her mom and it looks like this is true. She discusses everything with her mom and makes sure her mom approves before she signs on the dotted line. Hansu is pampered by her mom totally and the loving daughter returns the favour! 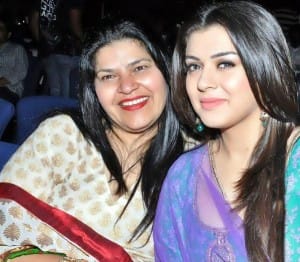 Unlike other actresses, Kajal Aggarwal’s mom is not seen around too much in the south. Suman Aggarwal is a confectioner in Mumbai and keeps busy with her work there. Her mom doesn’t accompany her much for shoots and considering even her sister Nisha was an actor, it would have been tough. Kajal is hardly seen speaking about her mom in interviews too. But it’s evident from the pictures that her mom is super proud of her daughter and her success! 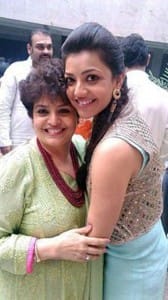 Tammu, as she is popularly known, is called the Milk Beauty in the south thanks to her fair skin. Her mom Rajani Bhatia is often with this pretty actress being supportive as always. Like all moms and daughters, they work together and holiday together too. Last year, a trip to the US saw both Tammu and Rajani having a great time. Tammu has always said that the two most important people in her life are her mom and dad and it’s been their support that has made her achieve so much. 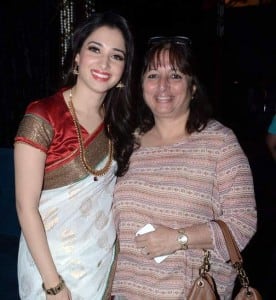 Karthika is the daughter of yesteryear actress Radha and it’s no surprise that she got into films. Mom Radha beams with pride on her daughter’s career and even gives her coaching for roles. Karthika has stated that she admires her mom who has done more than 150 films and knew her priorities in life when she quit films. Her mom Radha has gone on record to say she doesn't guide her daughter in her career as she’s confident her daughter will make the right decisions. 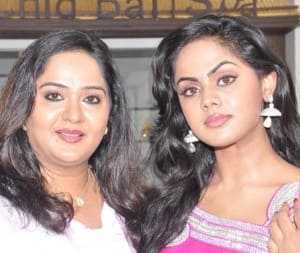 That was it from the stars. Now you get going and give your mom a big tight hug and wish her a very HAPPY MOTHER'S DAY!