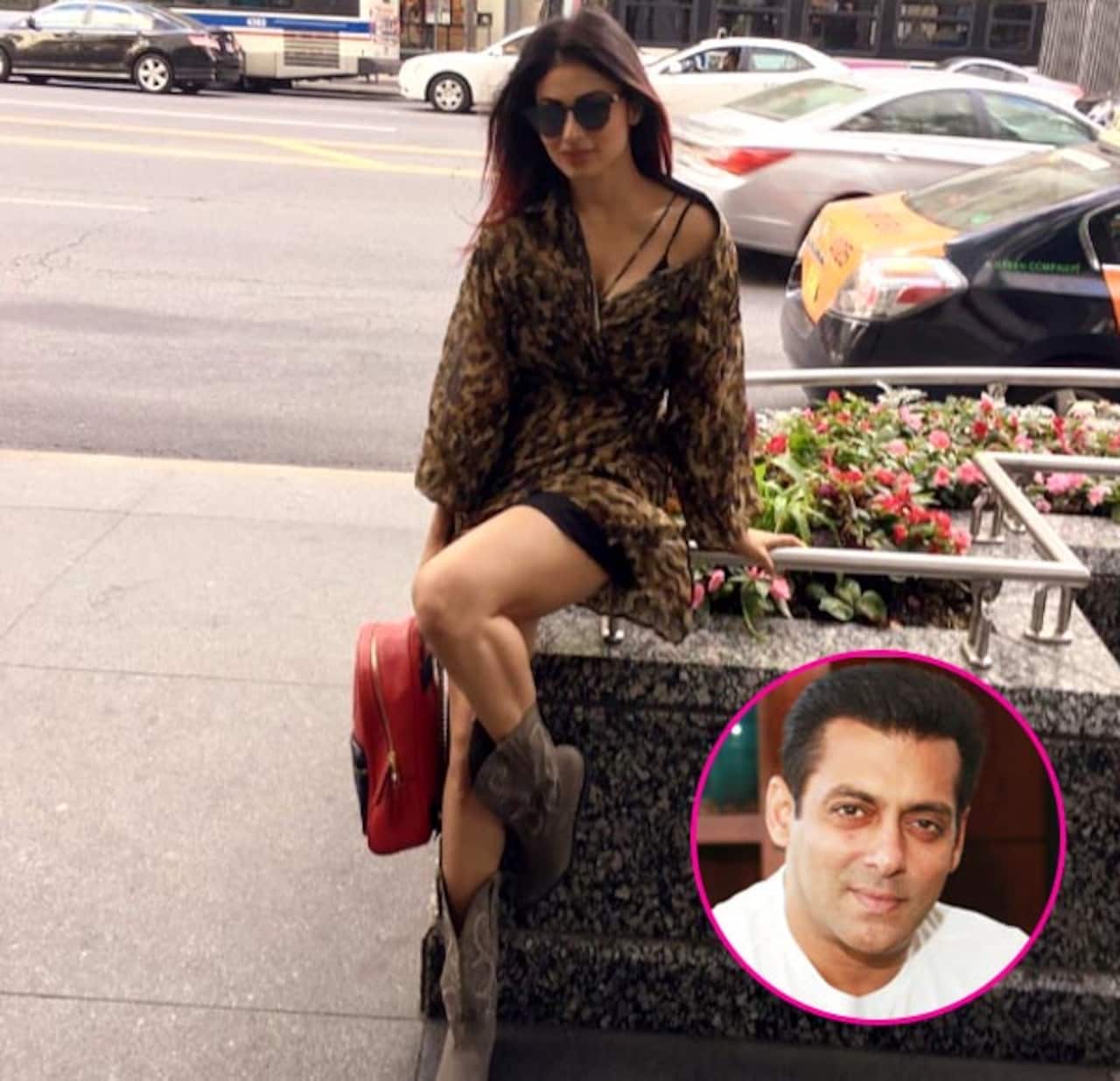 Be it Sooraj Pancholi, Daisy Shah or girlfriend Iulia Vantur; Salman Khan has helped a lot of people out there to kick-off their career in Bollywood. The latest to join the bandwagon is Mouni Roy. Of course she is still going to make her Bollywood debut with Akshay Kumar's Gold, but did you know, that it was Salman who insisted her to give auditions for the role? Mumbai Mirror quoted a source saying, "Salman made Daisy the lead actress in Jai Ho and has launched the singing career of Iulia Vantur. He has seen Mouni's work and felt she deserved a big Bollywood break. It is he who spoke to someone from the unit of Gold and got her an audition. Of course, Mouni did well, subsequently bagging the part." (ALSO READ: Is that Mouni Roy’s look from Akshay Kumar’s Gold?) Also Read - Selfiee: Akshay Kumar and Salman Khan reunite to groove on Main Khiladi song; remind fans of Mujhse Shaadi Karogi [Watch]

That Mouni Roy is going to be making her Bollywood debut with Akshay Kumar in Gold is not something that we are unaware of. But a lot of us were taken aback when we got to know that Mouni was actually going to be debuting with Akshay instead of Salman Khan. Because, if you go to see, it looked like Salman was mighty impressed with the 31- year - old actress' work as she made quite a few appearances on his show Bigg Boss, where she promoted her TV show. So when Salman met her at his Panvel farmhouse, he was more than overwhelmed to see her sheer dedication towards her Bollywood aspirations and that's when he decided to take up her cause. (ALSO READ: Not Salman Khan, Mouni Roy to romance Aayush Sharma) Also Read - Bigg Boss 16 Weekend Ka Vaar promo: Karan Johar PULLS UP Priyanka Chahar Choudhary; says, 'Aap ke khilaf koi bhi awaz uthata hai, aap laat...' [WATCH]

Talking about Gold, the film has already gone on floors and currently, Akshay, Mouni and the entire team of Gold is in London shooting for it. The film also stars Kunal Kapoor, Amit Sadh and Sunny Kaushal. Also Read - Bigg Boss 16: Did Karan Johar just take a jibe Kartik Aaryan for Dostana 2? Almost spills the beans on Sidharth Malhotra-Kiara Advani wedding and more