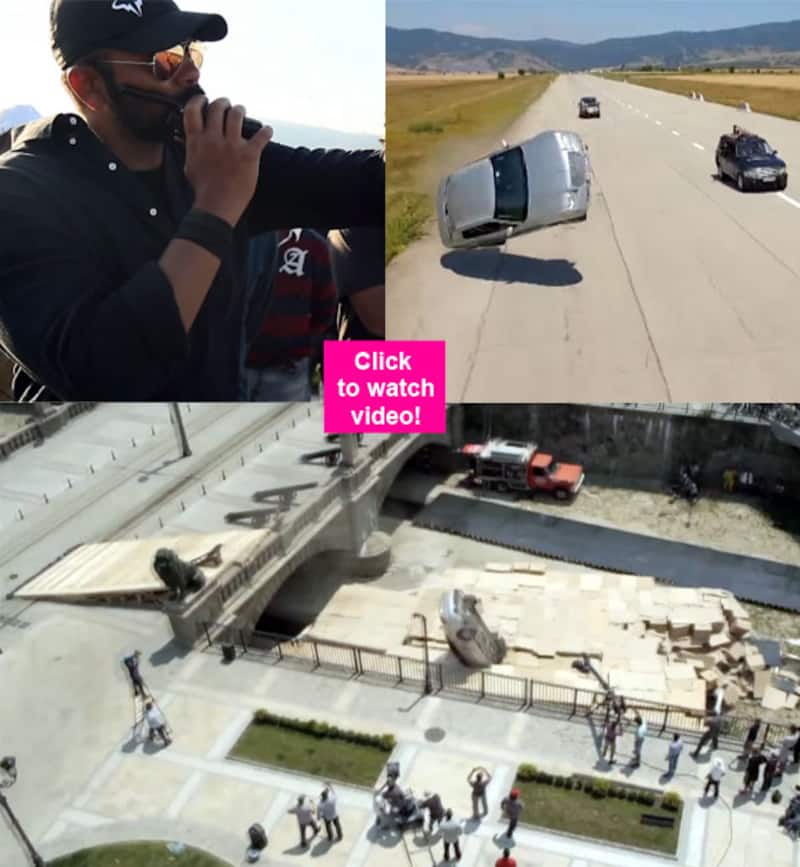 And it wasn't very easy!

When there’s a Rohit Shetty film, we are bound to expect cars flying, nerve wrecking action and lots of blood spilling. The ace director, with every following film of his, wants to up the danger level of his stunts, involving more risk, drama and adrenaline rush. Also Read - Shruti Haasan's PCOS and endometriosis, Shenaz Treasurywala's face blindness and more Bollywood actors who faced severe health issues

From the looks of the trailer, Dilwale looks a promising film as far as action buffs are concerned. The team released eleven minute video giving a preview of what to expect with the film from a behind the scenes clip. Rohit elaborates the journey he undertook to maintain safety standards along with the stunts. “I had my stunts team, Bulgarian team, Bulgarian drivers and the South African team. They all came together for Dilwale and that’s how it all started,” he said. Also Read - Swara Bhasker, Uorfi Javed, Shah Rukh Khan, Salman Khan and more celebs who received death threats

The filmmaker further added, “Whenever we start a shot, there are two sounds that you can hear. First is of an ambulance and second a fire brigade’s siren.” Also Read - JugJugg Jeeyo star Varun Dhawan is keen to do a sequel to Dishoom with John Abraham [Exclusive Video]

The director shared a heart to heart conversation for the first time about his stuntmen. Lead stars Shah Rukh Khan and Varun took to Twitter to share the videos with heart-warming messages.

V seldom get 2 c the real heroes behind scenes .The stunt lives on,sometimes the stuntman doesn’t. Grateful to them.https://t.co/4dqV9vq92D

The stunt men out their lives on the their line to make us look good I hope all heroes can watch this pls do https://t.co/dFXrsPErSz