Here’s when Sonam Kapoor will REVEAL details about her CANNES appearances - watch video!

Bollywood actress and fashionista Sonam Kapoor always manages to mesmerize her fans with her breath taking appearances at the Cannes film festival.

Bollywoodlife recently chatted up with the Neerja actress..

Bollywood actress and fashionista Sonam Kapoor always manages to mesmerize her fans with her breath taking appearances at the Cannes film festival. Are you wondering what she has in store for us this year? Is she going to dazzle us again? We might just have the answer. As Bollywoodlife exclusively got in touch with the diva to know what her preparations for Cannes were this year. Also Read - Deepika Padukone, Kareena Kapoor Khan, Anushka Sharma and more Bollywood beauties who went a little OTT with dramatic sleeves – view pics

That's when Sonam revealed that she would be holding a press conference on May 6 where she would talk about her Cannes preparation at length. She also added, "I will also keep posting live information on my app." Looks like the actress has planned something really special this time again and has some BIG SURPRISE in store for us. Honestly, we can't wait! Also Read - Shanaya Kapoor's luxurious home in Mumbai is no less than a princess' royal castle from a fairy tale – view inside pics

Talking about her Cannes appearance the girl has managed to surprise us every year. But one such appearances really stood out was when she ditched the western attire and went for a beautiful lace saree with a jacket by Anamika Gupta along with a nose ring which was the star attraction. This damsel can surely pull off any look! Along with from Kapoor girl, Aishwarya Rai Bachchan too will grace the red carpet; we are eagerly waiting for our desi beauties to ROCK the red carpet. Also Read - From Shilpa Shetty Kundra to Sonam Kapoor: 12 Bollywood actresses who got married to successful, famous and super-rich husbands

Watch the video below... 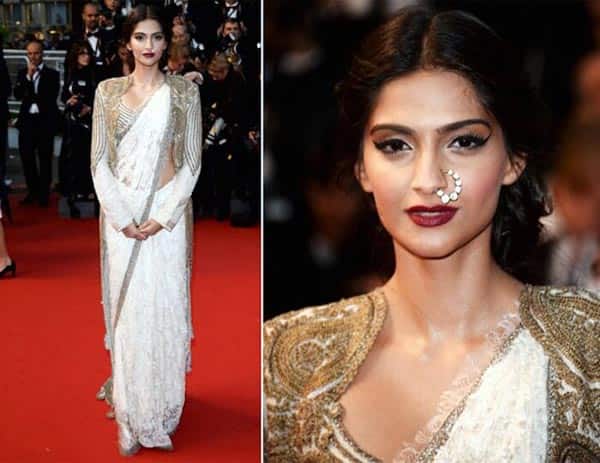