Here's why Prabhas' Baahubali is India's Lord of the Rings! 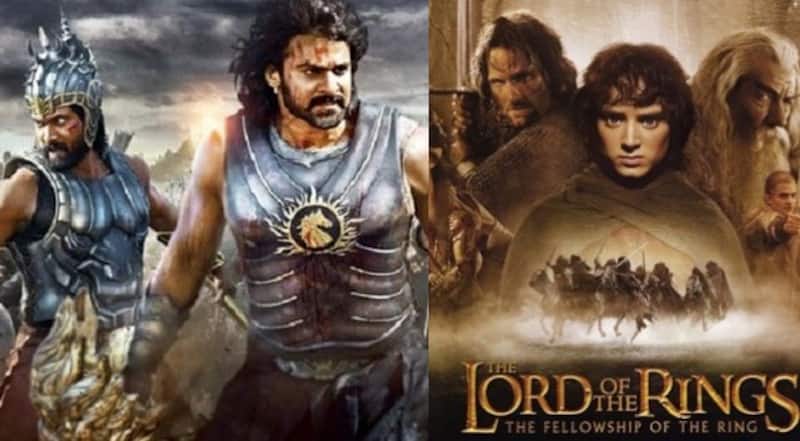 Apart from stunning visual effects, there is one more thing that SS Rajamouli's magnum opus has in common with the Hollywood blockbuster

While the film's story line, action sequences and acting performances by Rana Daggubati and Prabhas are being raved by everyone, it is Baahubali's phenomenal visual effects that has managed to make a huge impact on audience so much so that it is being compared to Lord of the Rings. Well apart from state of art VFX, there is one more thing about Baahubali which makes it India's Lord of the Rings. Also Read - South news weekly rewind: Salman Khan to help Ram Charan re-enter Bollywood; Shruti Haasan shares pictures of swollen face and more

I am talking about the new language that was created from scratch for the movie. Lyricist Madhan Karky designed a new language called Kiliki for the Kakaleya tribes in the film. Kiliki has 750 words and 40 grammar rules. It is the first time that an Indian film has invented a whole new language just like the Hollywood blockbuster Lord of the Rings. Also Read - Trending South News Today: Pushpa 2 gets a new cast member; Hansika Motwani mehendi ceremony and more

Talking to leading web portal, Karky said,"Rajamouli wanted a powerful and a raw language for the Kalakeya tribe and also mentioned that the sound of it should incite fear. I asked him if I could create a language and he was fine with it."

"When I was in Australia, I had actually attempted creating a language for just fun purposes to teach two kids Tamil. I created new words and named the language CLICK. I made few words like min meaning me and nim meaning you. I saw to it that there was no confusion in this language and even made songs. That was a fun attempt and after I got back to India, I totally forgot all about it.And when Rajamouli asked me to create a new language, I first remembered CLICK. I added a few elements and made it sound rough. I used CLICK’s vocabulary as the base and built around. I finally made 750 word and 40 grammar rules in the language KILIKI", added Karky.

With the amount of efforts put by each and every person in the film, it is very heartening to see that the film is doing extremely well at the box office.