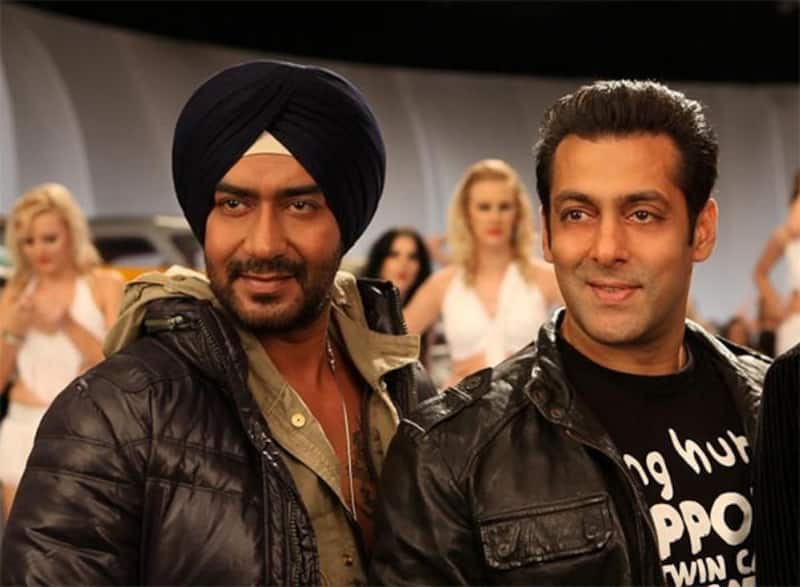 Salman Khan lately is getting dragged into controversies a lot. First his much slammed rape remark made him infamous and now his comment in support of Pakistani artistes. He had said that they are artistes not terrorists. The present situation in our country is not conducive to Salman's this comment and now everyone wants to have a say in this matter, mostly against the actor. In the midst of all this comes a piece of news about Salman which will make you cheer for him for a change. Ajay Devgn's emotion for the actor will make you love these two friends even more. The Shivaay actor explained why they are still friends and you will love his answer!

Ajay was talking to a daily about the same when he was asked about his friendship with Salman. Talking about how it has survived the test time, Ajay says, "The reason is non-interference. I don’t interfere in anybody’s life; nor do other people in mine. Salman and I came into the industry at the same time, and we have been here since the past 25 years. The actors from my generation know that we don’t need to mingle in society or party together [to stay friends]. I stand by my friends, and they do the same for me. That’s enough.”

Ajay also spoke about how film releases changes equation between two people in the industry. "But you will not see that happening with me. I don’t try and utilise relationships to my benefit when my films are up for their release,” assures Ajay.

Ajay Devgn has something to say about Salman Khan's Tubelight!

The actor is gearing up for his next Shivaay that releases this Diwali and will rival Ae Dil Hai Mushkil at the box office. But the clash has turned things a bit nasty initially. Whatever may be the case, the actor is busy promoting his film in a big way. Only recently, his wife Kajol and he went to Facebook headquarters to promote their film. The actress even opened her Facebook account on that day. Kajol excitedly promoted Shivaay and even posted her first video on FB, she said in a video: “Hey guys! I just left the Facebook campus and it was really amazing. But I think I was launching my Facebook page because of that today (Friday) and it’s my mother’s (Tanuja) birthday. So, Happy Birthday mom and I love you.”

During the press conference, when Ajay Devgn was asked about his inspiration and influence in filming breathtaking action scenes in Shivaay, he gave the credit to his father Veeru Devgan who was one of the best action directors of Bollywood in 70s, 80s and 90s.