Here's why there won't be any 'TAMASHA' between Deepika Padukone and Katrina Kaif in Delhi! 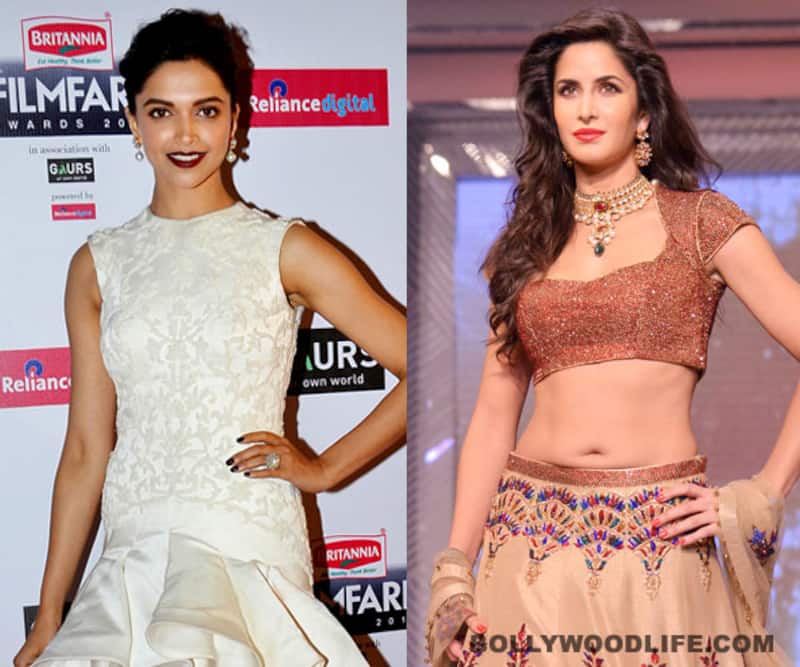 We hear Ms Kaif is going to drop by on the sets of Tamasha to meet her beau. Yes, Ms Padukone will also be present as well but we give 5 reasons why there won't be any friction if Kat and Deepika bump into each other...

That Ranbir Kapoor and Deepika Padukone have teamed up yet again for a film is known to all. The two are currently in Delhi shooting for Imtiaz Ali's next directorial venture Tamasha which is scheduled to release during Christmas this year.While Jr Kapoor has been asked to stay away from the sets of Fitoor in Kashmir, he is going to meet his ladylove anyway. We say so because the Dhoom:3 babe is apparently planning to visit RK in the capital city. Well, if that happens then chances are she may cross paths with Ranbir's co-star Deepika as well. While media has always tried to pit these two B-town beauties against each other, here's why I think there is no roam for any kind of tamasha between Katrina and Deepika, even if they come face-to-face... Also Read - Shraddha Kapoor in Bade Miyan Chote Miyan, Deepika Padukone in Pathaan and more; Actresses and their most promising upcoming projects

Yes, Ranbir and Deepika were in a relationship but that was long back and both of them have clearly moved on. While RK and Fitoor heroine have been living together for a while now, DP is serious about Ranveer Singh. So there is no reason to be insecure or jealous, right? Also Read - After Laal Singh Chaddha-Raksha Bandhan's disastrous box office run; these five upcoming BIG clashes may end up losing money

We can't remember Deepika and Katrina ever being spotted together. However, they have always been cordial to each other whenever they have turned up for social events. And that says a lot about what sort of equation these two actresses want to keep with each other. Also Read - Katrina Kaif is pregnant; her baby bump is visible in her latest appearance claim fans [Watch video]

Also, remember how the Piku actress had wished Katrina happy birthday on Twitter last year? Now that surely doesn't mean Dippy and Ms Kaif are friends but at the same time it show they aren't jaani dushman as well.

And this won't be the first time that KK would drop by on the sets of Tamasha to meet her boyfriend. Last year, the leggy beauty zoomed off to Corsica where Ranbir and Deepika were filming for Tamasha. Nothing happened back then so we are sure nothing would happen this time too!

Lastly, even Ranveer and Ranbir share a cordial relationship which just shows that no one is stuck in the past and they all very well know how to handle their personal lives. One more thing, why do we start jumping every time there is something written about Deepika and Katrina but hardly make noise when we hear about Ranveer and Ranbir? Strange considering they all are connected!