Hey Deepika Padukone, your Padmavati style file does no justice to the Queen's ethereal beauty

Deepika Padukone disappoints the fashion police with her fashion choices

Before the film's promotional events came under the line of fire, Deepika Padukone was seen promoting her film with well-deserved pride. The actress was seen stepping out solo and promoting her film and her million dollar smile that stole the limelight at every event. We really wish we could say the same about the diva's styling. While DP has impressed us earlier with her promotional style during Bajirao Mastani, her Padmavati promotional look gets a thumbs down from the fashion police. We know how director Sanjay Leela Bhansali prefers actors promoting the film donning a similar attire as their character. Deepika, who plays the role of Rani Padmini in the film, was seen in a royal avatar in the trailer of the film. Unfortunately, that's not the case when she stepped out for promotions. The actress is seen trying to fuse the royal ethnic look with a touch of western and has failed miserably. While some of her attires were too simple and blah, others were harsh on the eyes. Let's take a look at Deepika's Padmavati style file below: Also Read - From Akshay Kumar, Shilpa Shetty Kundra to Deepika Padukone: 8 Bollywood celebs who don't drink

Deepika Padukone's sleeves will make you cringe
We wonder what was she thinking when she opted for this attire as she headed to Bigg Boss 11 for Padmavati promotions. While we love the combination of red and gold, the addition of the off white sleeves is cringe-worthy. Apart from that, the belt, which looks like the border of a saree, too, fails to blend in. Also Read - From a BMW 5 to a posh apartment in Bandra – Deepika Padukone owns these insanely expensive things 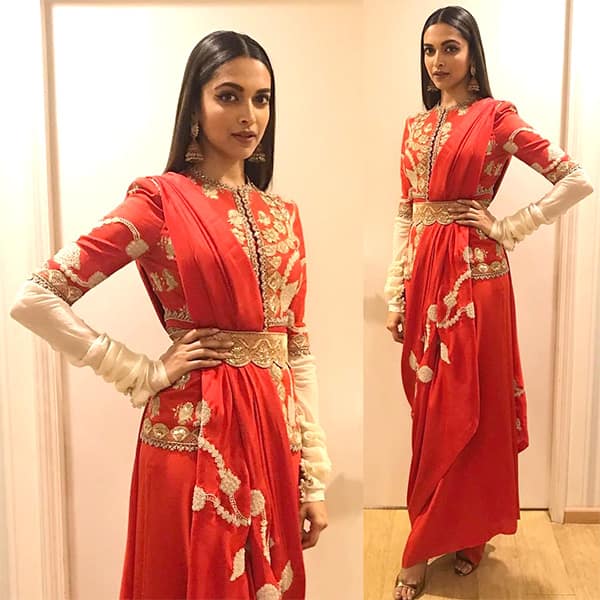 Deepika Padukone opts for a white attire for promotions at a radio station
The actress headed to a radio station for promotions. The actress opted for a white number which looks no better than a nightgown. The sheer sleeves, with frills at the bottom, fails to impress us. The double layered frill at the bottom of the attire makes it worse. Also Read - TRP Report Week 36 by ORMAX MEDIA: BIG SHOCK for Anupamaa; The Kapil Sharma Show climbs up the chart; Taarak Mehta Ka Ooltah Chashmah continues to rule the roost 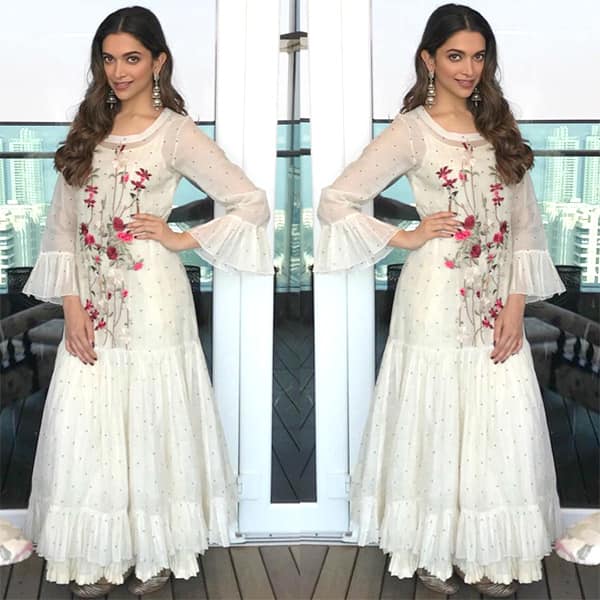 Deepika Padukone or Superwoman?
This attire of the actress looks like a Superwoman costume gone wrong. There are too many things wrong with this attire. Right from the odd buttons on the sleeves to the ill-fitted pants - everything is a major put off. The silver shiny shoes with this attire fail to blend in. We wish DP had opted for shoes similar to the colour of her belt and swept her hair on the side of the one shoulder top which would make it pop even more.

Deepika Padukone's green mess will make you wish she had ditched the attire
The actress was seen donning this look as she was promoting Padmavati at The Social Sumit Awards. The actress majorly disappointed the fashion police with this green mess. While the saree looks fine, pairing it with a green blouse with full sleeves was a horrible decision. The choker necklace and earrings too fail to match up with the embroidery on the saree. 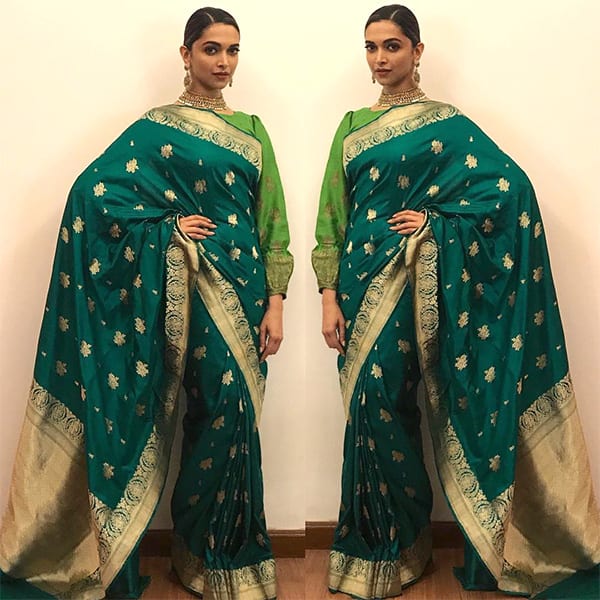 Deepika Padukone's is surely under-dressed for the event
The actress opted for a dress from her All About You Autumn Wear collection 2017 and we wish she hadn't. This simple attire is surely something one should not opt for promotions or an event. DP fails to use the power of accessorizing too, to elevate the attire and gets a thumbs down from the fashion police. 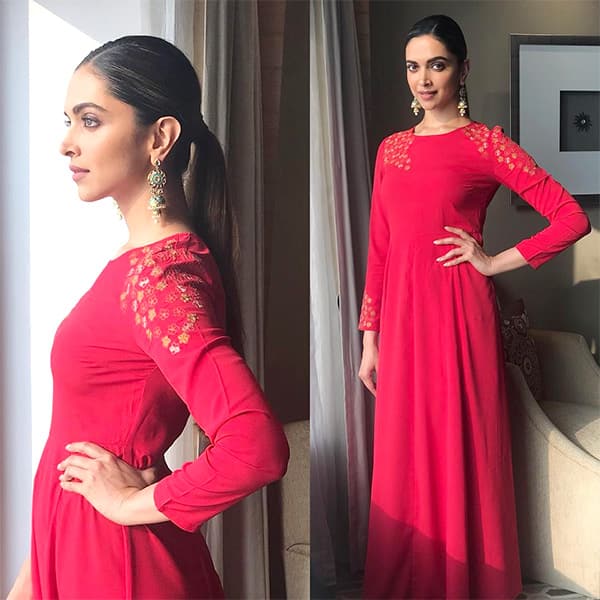 Deepika's promotional style for Padmavati till date, has majorly disappointed us. As the release date is pushed now, we assume the actress will step out for promotions again before the release of the film. We really hope DP ups her styling game for further promotions.