Hey Sonam Kapoor, Alia Bhatt and Deepika Padukone could be your new company for Coldplay concerts!

Alia Bhatt and Deepika Padukone spotted at Coldplay's concert in Berlin, Germany. Earlier, we had reported that Sonam Kapoor attended their concert in London.

Clearly, all B-Town girls are totally gaga over the British band, Coldplay! From Sonam Kapoor to now Alia Bhatt and Deepika Padukone, everyone's attending their concert!

British band Coldplay has become Bollywood's new favourite band! Everyone is heading to their next performance destination so they too can enjoy the band's music. Sonam Kapoor, on several occasions, expressed how much she is crazy for the band. In fact, she even recently attended their concert that was held in London, day before yesterday. We found out about her whereabouts through her Snapchat story which we had instantly informed you about. But little did we know that Sonam would actually get a snap with the band, with whom she have worked before. We had EXCLUSIVELY brought the pic of the same to you guys. Also Read - BTS Army makes 'WeDemandApology' trend in India after Spanish podcast

But you're not alone in the land of Coldplay fanaticism! Enter, Alia Bhatt and Deepika Padukone! Wait, wasn't Deepika supposed to be holidaying with Ranveer Singh in Paris? Well, looks like she chose Alia Bhatt's company instead! Because, look! The two actresses were spotted at a Coldplay concert that was held in Berlin, Germany, along with director Shakun Batra. Okay, we got way too many questions to ask but we're too distracted over the fact that they are at a Coldplay concert! Why is got playing such games with us, just why? First Sonam made us green in envy with her picture clicked along with the band. Also Read - Alia Bhatt's latest ad questioning the age-old tradition of kanyadaan has unleashed a STORM on twitter 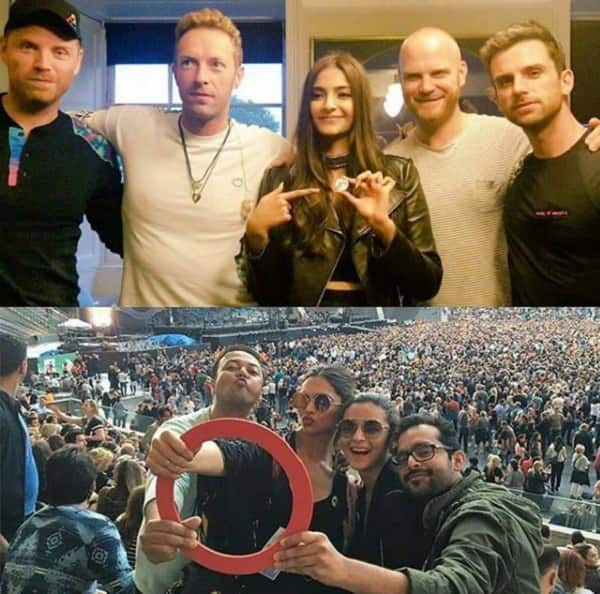 And now we have Alia and Deepika, rubbing it on our face that we just wish to curl up in a ball and cry. Oh and yes, Alia also shared a video of one of the performances on her Instagram. We may not be able to witness the concert anytime soon but lucky for you, Alia just got a sneak peek of what the band has planned to perform! Check out video of the same and tell us your thoughts in the comments section below! And do stay tuned to this space as we bring hot scoop straight from tinsel town!