Hey The Jungle Book fans, you'll be BAFFLED to the bone when you see this behind the scene clips - watch video!

These contrasting pictures of reality vs virtual movie is gonna blow your mind! Do check it out here!

The Jungle Book's rave reviews are not to be missed! The brilliant animation work along with Jon Favreau's direction teamed to be one of the best visually pleasing films of 2016! Neel Sethi's innocence struck an instant chord with the audience and the movie has received amazing reviews from all sides. Although the film will be releasing in US tomorrow i.e. 15th April, with the reviews that are doing the rounds, we're sure that it is going to be a crackling hit even there! From kids to even adults, everyone is going gaga over the film's larger than life feel. The children's drama has such a nostalgic feel to it that one simply cannot say no to watching this film. Also Read - Shang-Chi weekend box office collection: Marvel's new superhero movie crosses the 10-crore mark in India and is nearing $100 million in the US

And while we're talking about how marvelously the film has been made, we cannot miss out on the fact that there is only one living being in the entire film. The film has an ensemble of star studded cast that includes Ben Kingsley, Idris Elba, Scarlett Johansson, Lupita Nyong'o, Bill Murray and Christopher Walken. However, Neel Sethi aka Mowgli is the only living character in the film. Does that make you wonder how they managed to pull off such a film? Beats me too! Until this behind the scenes video was leaked. It put everything in place especially the fact that the film has been made in a studio in LA and nowhere else. So to make it easier for you to comprehend the shooting of The Jungle Book, I took a few screen grabs from the video and attached it with the scene shown in the film, along with Mr Photokeeda as well. Check 'em out below! Also Read - Shang-Chi movie review: Marvel enters phase 4 with a bang; Simu Liu is the new superhero star

When Mowgli was attacked by Shere Khan in the field Also Read - From Prisoners to Shutter Island: 5 MIND-BENDING murder mystery movies to watch today on Netflix, Amazon Prime Video and more 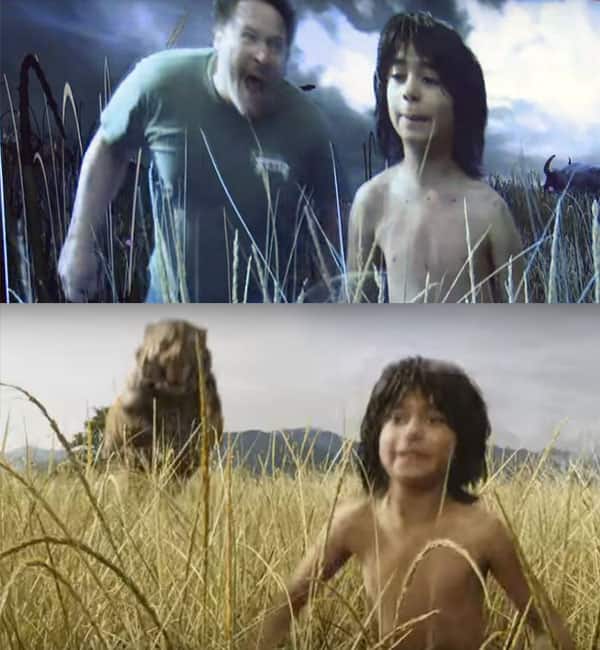 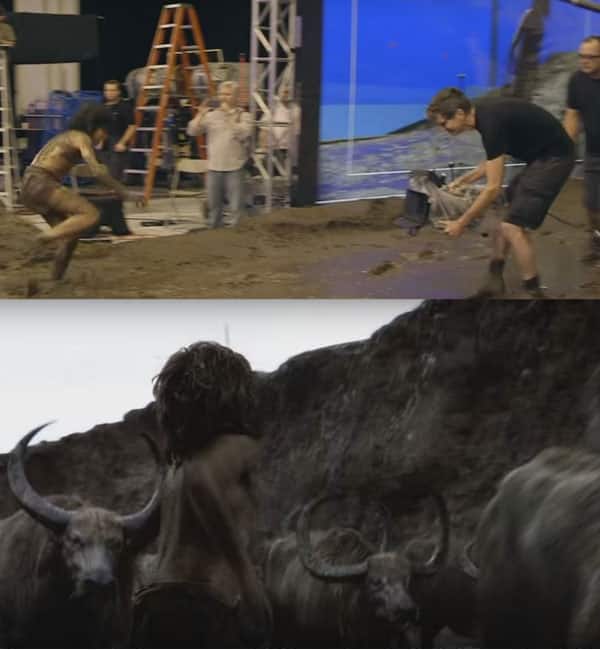 When he met King Louie 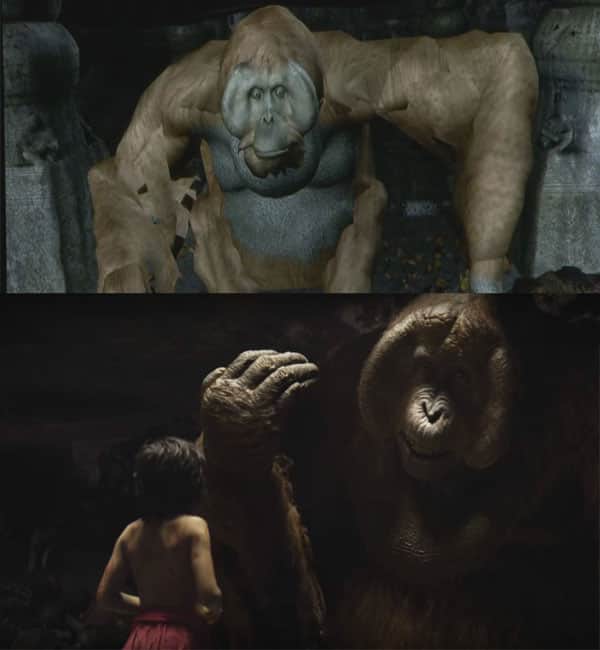 When he was chatting up with Bagheera 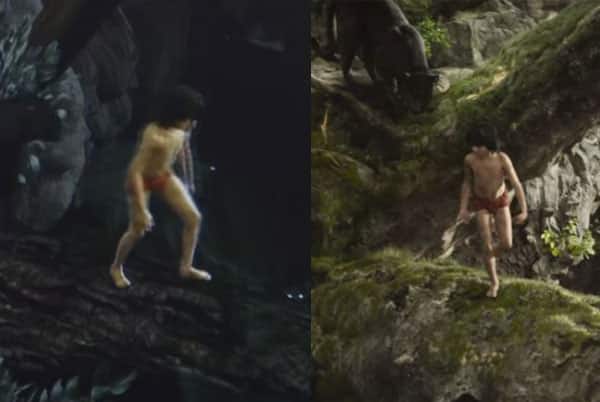 So what are your thoughts on these pictures? Check out the videos as well and tell us what you think of it in the comments section below!