'Hi Daddie,' Deepika Padukone's comment for Ranveer Singh leaves fans thinking they are having a baby

Before we jump to any conclusion, it is better to hear the truth from Deepika Padukone herself.

Ranveer Singh and Deepika Padukone are one of the most adorable B-town couples and there's no denying this fact. The couple has never failed to amaze us with their crackling chemistry both on-screen and off-screen. Whenever they do a film together, Ranveer and Deepika create magic on the big screen by default. In real life, they are no different. Their social media PDA game is so on point that we cannot help but give them 10/10 for it. Be it sharing photos or leaving mushy comments on each other's Instagram posts, Ranveer and Deepika have done it all and they are best at it. Take for instance- Deepika's comment when Ranveer went live from his Instagram account. Also Read - Arjun Rampal wants to gift his perfume to Ranbir and Deepika

A post shared by deepikaranveerpadukone (@ranveer.deepikaa) on Aug 2, 2019 at 9:45am PDT

The Gully Boy star recently interacted with his fans via Instagram live and out of all the comments that were pouring in, Deepika Padukone's comment caught our attention. "Hi Daddie," she wrote and fans couldn't keep calm as DP also added a baby's emoji. And fans are actually wondering if the actress is pregnant.

Besides, Arjun Kapoor's comment which read, "Baba, Bhabhi is gonna give u one," has left fans thinking the same.

Don't believe us? Read what they have to say... 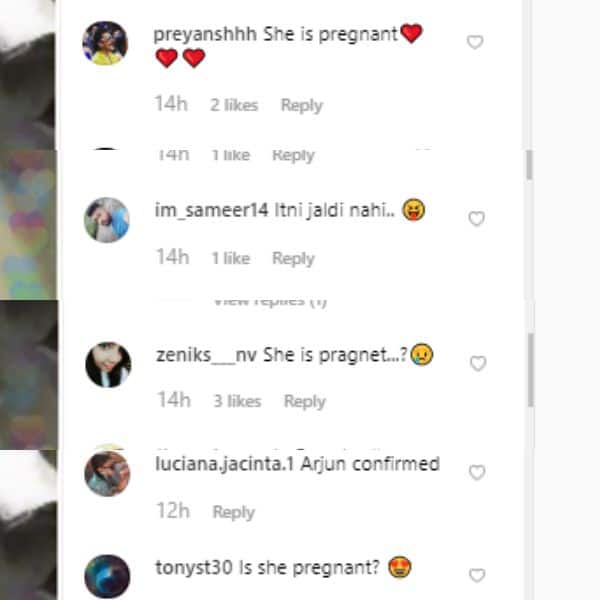 Before we jump to any conclusion, it is better to hear the truth from the actress herself. Meanwhile, on the work front, Deepika and Ranveer have reunited for a film after two years. They will be seen as husband and wife in Kabir Khan's '83. RS is essaying the role of Kapil Dev while Deepika plays his wife Romi Dev. The movie is based on Indian Cricket Team's 1983 world cup win and it releases on April 10, 2020. Fans are eagerly waiting for this day and the good news from Deepika.

Until then, keep following BollywoodLife for more scoops and updates.