The promo is damn cute 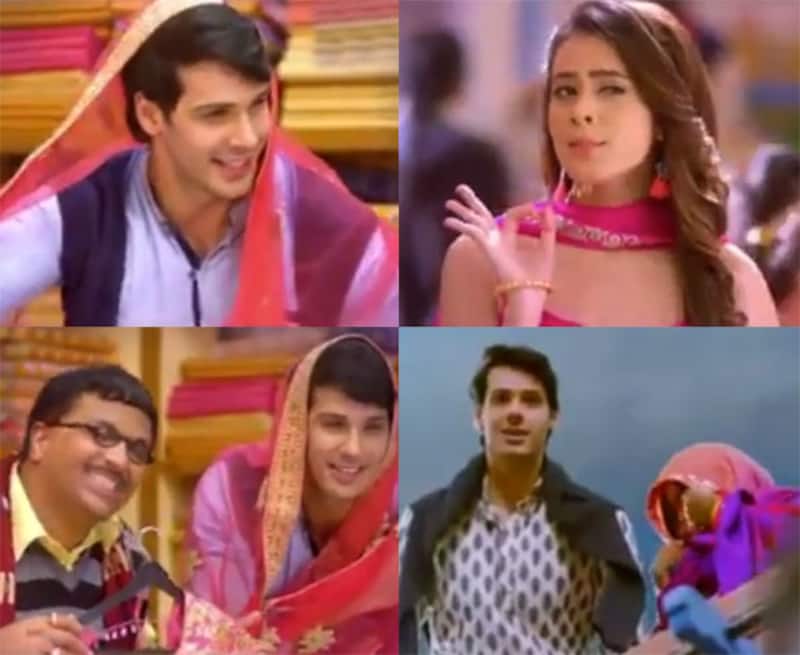 Seems like comedy shows are the new fad and the latest to join this race is SAB TV's new show 'Jijaji Chat Par Hai'. It is being made by the production house of Bhabhi Ji Ghar Par Hain Edit II Productions. Actress Hiba Nawab plays the main lead on the show with Sandeep Anand and Nikhil Khurana. Jijaji Chat Par Hai will take the slot of Sajan Re Phir Jhooth Mat Bolo from January. Starring Hina Nawab and Nikhil Khurrana, it has Sandeep Anand in a drag role. He plays the role of Pinto and Jiji on the show. Sandeep earned a lot of fans with his fabulous performance in May I Come in Madam. Hiba was last seen on Bhaag Bakool Bhaaag on Colors. Also Read - Shaheer Sheikh-Hiba Nawab, Karan Wahi-Niyati Fatnani and other underrated jodis on Indian TV [View Pics]

It’s a comedy show set in Uttar Pardesh of a guy who accidentally has a fake marriage and falls for his neighbour. Hina Nawab plays the role of a mohalla belle Elaichi who is a glamorous next-door neighbour. She is also the centre of everyone's attention. Nikhil Khurana made his debut with a youth show PMS. He was last seen in Kasam Tere Pyaar Ki as Yuvraj. He has done various youth shows but Jijaji will be his maiden show as a lead. Nikhil was also seen on the Bindaas youth show Tere Liye Bro. Hiba and Nikhil have already started shooting for the show. They both share a naughty chemistry on the show. Jijaji Chat Par Hai will also has many faces from Bhabh Ji like Anoop Upadyay, Soma Rathod and Yogesh Tripathi. While Soma and Anoop will play Hiba that is Elaichi's parents, Yogesh is a barber. Also Read - Erica Fernandes, Jannat Zubair, Mahhi Vij and more TV actresses who REFUSED to do intimate scenes with co-actors

It is the story of two boys who are aspiring singers. Since bachelors don't get homes on rent, they decide to cheat and get a house. They end up at Elaichi's home as husband and wife and manage to get a place. Elaichi's father is quite strict and believes them to be a couple. What follows next is a love story between Nikhil and Hiba and the confusion of his friend being his wife. Also Read - IIA Awards 2022: Shaheer Sheikh-Erica Fernandes reunite, Harshad Chopda-Pranali Rathod and more make the red carpet a starry night