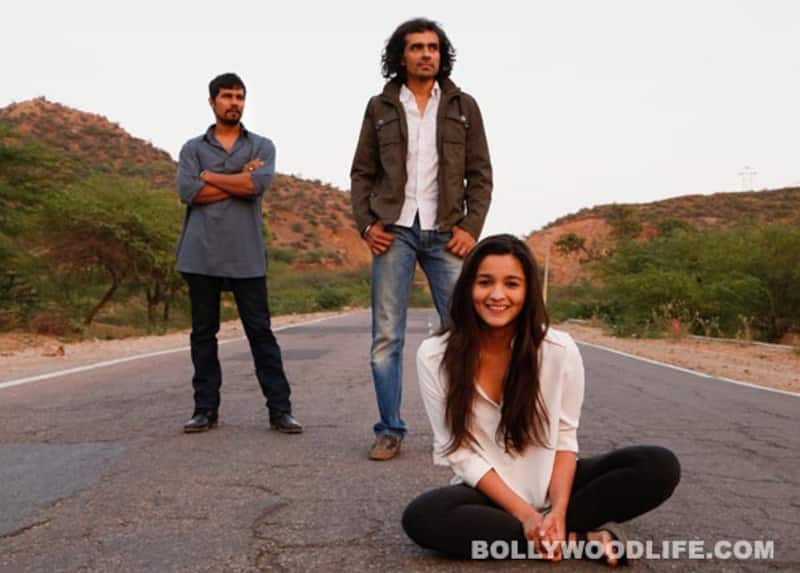 After Rockstar, Imtiaz Ali and AR Rahman have teamed up again for the Alia Bhatt-Randeep Hooda starrer Highway. While the Indian Beethoven made Rockstar a truly musical experience, this time Rahman has gone one step further. We say so coz composing music for a love story is easy, but adding life to the film about a journey on a highway using music is altogether a different ballgame. But the Oscar winning music composer knows his art too well and reassures us once again why he is called a ‘musical genius’. Also Read - Urfi Javed has the most hilarious REACTION to Alia Bhatt's pregnancy

Maahi ve sung by the Mozart of Madras himself is a beautiful composition. Irshad Kamil has done a fine job with the lyrics that are meaningful, but it's Rahman’s voice that takes away the cake here. His husky tone adds that extra charm to an already well written song. When you hear this one, we are sure you’ll start wandering in your own imaginative world. That’s the power of music and AR Rahman knows how to use it well. Also Read - Ranbir Kapoor-Alia Bhatt pregnancy: Shamshera actor reveals if he is good with children or not

Next up is Patakha guddi, rendered by Jyoti Nooran and Sultaan Nooran. This vibrant number will have you charmed from the word 'go'. The track has everything possible to keep you hooked till the very end – great lyrics, vibrant music, feel-good vibe and earthy vocals. The Nooran sisters have sung this number zestfully. In fact, the video of Patakha guddi is equally engaging and syncs well with the song. And like Alia Bhatt, we felt a liberating feeling while listening to the track. This one is about the celebration of freedom and Rahman has managed to bring the emotion out through his music amazingly well. A MUST-HEAR! Also Read - Shahid Kapoor-Mira Rajput, Ranbir Kapoor-Alia Bhatt and more: Bollywood couples whose passionate kiss in public went viral

Then we have Jonita Gandhi singing Kahaan hoon main, a heart touching number. This is one of those songs you may not like it instantly. But hear it again, give it time and Gandhi’s voice will slowly mesmerise you. But all those who love upbeat numbers and lack patience, skip this one. And all those who are hungry for a soul stirring song to motivate you – Kahaan hoon main is food for the heart and soul!

Alia Bhatt has lent her voice to Sooha saha, along with Zeb. This track is more like a lullaby and is absolutely soothing to the ears. Sooha saha is the kind of song that every music lover longs to hear, including me. So I just couldn’t get enough of this one. Also, Alia’s innocent voice blends seamlessly with Zeb’s dumdaar awaaz. Both singers have nailed this one together perfectly. Again, a must hear!

Sunidhi Chauhan’s powerful voice has never failed to make an impact and the talented singer does it again with Tu kuja. Though this one has a traditional tune, it won’t stop you listening to it again and again. And the best part is that Sunidhi has gone out of her comfort zone to croon this number.

Heera by Shweta Pandit is on the lines of Sooha saha. But it’s more simple and soft as far as the music is concerned. Also, you’ll hear violin and bells in between, which wethinks Rahman has used quite innovatively. Something only a genius can pull off, no?

Wanna mash up is the odd one out in this music album. Not coz it has English lyrics, but simply coz its tone is more urban and the music is upbeat. However, it’s in the trademark Rahman style. Sung by Suvi Suresh, Lady Kash and Krissy, Wanna mash up is similar to Jai ho from Slumdog Millionaire. While this one didn’t satisfy my taste, hearing it once wouldn’t hurt.

Verdict: Plug in your earphones right away and we bet AR Rahman’s brilliance will blow you away!