Recently, Priyank Sharma was making headlines for all the wrong reasons. The actor has been accused of many deeds by his ex-girlfriend, Divya Agarwal and was backed by current rumoured girlfriend, Benafsha Soonawalla. This constant name-calling has given enough fodder to the gossip mongers. It seems Hina Khan has finally come out in support of bestie Priyank Sharma along with beau Rocky Jaiswal, who indirectly took a dig at Divya Agarwal. Also Read - Trending TV news today: Arjun Bijlani confirms being approached for Bigg Boss 15, Aditya Srivastava aka Inspector Abhijeet on CID's return and more

It happened so that Priyank shared a picture of himself on Instagram and captioned it, “Caption it! ?‍♂️The best caption will become my CAPTAION in a while ?with the credits!” [sic] Soon, Hina's boyfriend Rocky commented on the post and wrote, "A beautiful heart inside out!"[sic] And soon Hina joined the conversation and wrote on the same, @rockyj1 Which he is.. And I can vouch for it. Love you Pri. Mil le jaldi kameene”. For the ones who don't know, on MTV's reality show, hosted by Vikas Gupta, a heartbroken Divya had said, “ Priyank Sharma might be pretty from his face but his heart is black. He spoiled my life like anything.” A little birdie from the show adds that Divya says that Priyank "is the biggest mistake" of her life. Well, indirectly the lovebirds are supporting Priyank. Isn't it?

Confirmed: Rithvik Dhanjani is not getting REPLACED by Priyank Sharma in Super Dancer

My screenshots are better than yours ??‍♂️? - @kajoled (caption credit ) like I said the best caption will become my caption ? 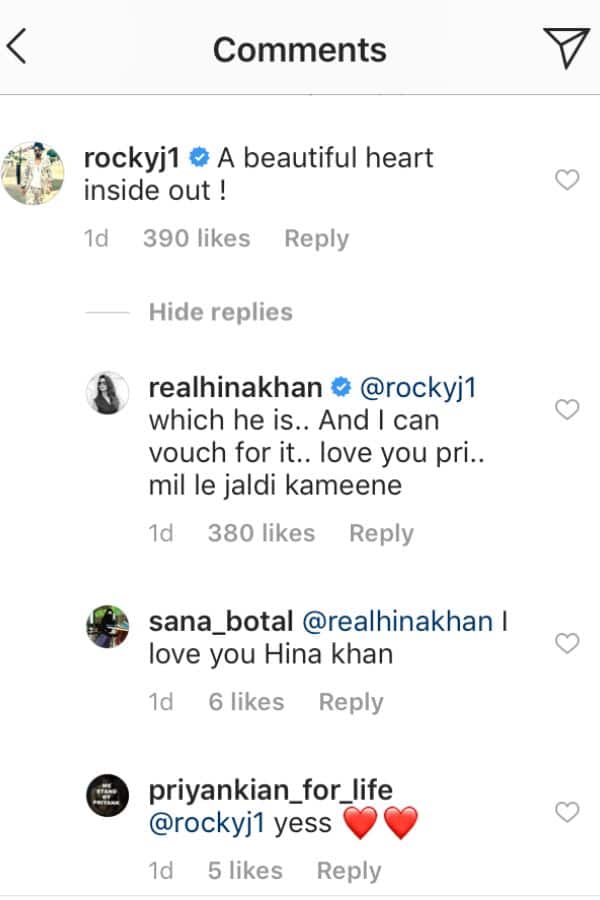 After Divya's constant cribbing on the show, Priyank wrote an open letter. When Vikas informed Divya about it, she broke down, Soon her fans started trolling Priyank and he again posted another letter asking people to not slam Divya.