How petty can the Shahrukh Khan-Salman Khan rivalry get? 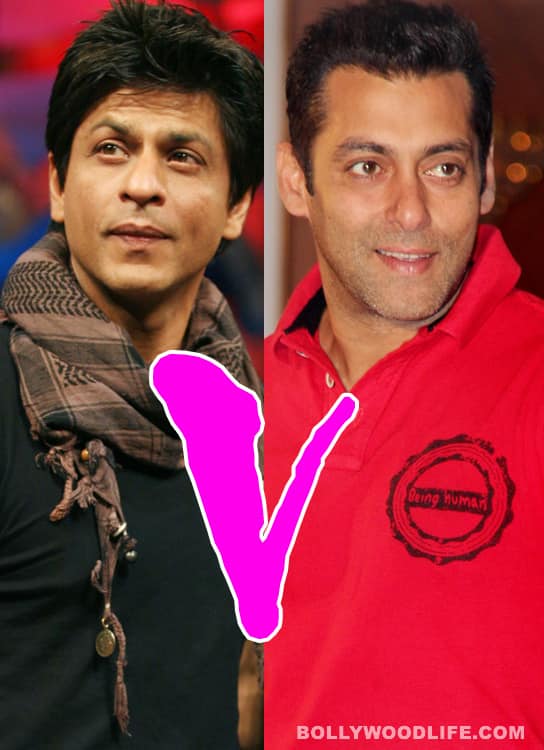 The Bodyguard actor’s latest move, if true, is borderline childish and silly. But is this really what Salman would do?

Salman Khan has had a dream run at the BO for a very long time now and has earned the moniker of ‘Blockbuster Khan’, but apparently that’s not enough for him. His rivalry with Shahrukh Khan has become a part of Bollywood folklore and every now and then we hear something or the other about the latest dig that the warring Khans have taken at each other. Also Read - Unseen pictures of Anushka Sharma and Virat Kohli’s Rs 34 crore plush abode gives a glimpse into their extravagant lifestyle – view pics

While competition between peers is healthy, there is a thin line between healthy competition and outright childish behaviour. There was a lot of buzz when Sallu had agreed to do Kabir Khan’s Ek Tha Tiger, a Yash Raj Films production. Rumours doing the rounds mooted that King Khan had been booted out of the YRF camp, but that noise died after the announcement of his signing Yash Chopra’s romantic film with Katrina Kaif and Anushka Sharma. Everyone has been speculating about how the Chopras managed to cast Salman for their film; finally the cat is out of the proverbial bag… or so it seems. Also Read - WTF Wednesday: ‘Are you pregnant?’ Dear fans, stop asking women in Bollywood and TV this cliché question

We heard that one of the terms the Dabangg actor put down was that he should be paid one Rupee more than whatever SRK would get. This made us laugh really hard – was this a bit of Sallu’s silliness? After all, who doesn’t know that the Khans make more money from the profit share, which depends on the business the film does at the BO. Apparently the Chopras explained the situation to Salman and assured him that he would get his due, whatever it may be, however much it may be in comparison to Shahrukh’s renumeration. And, after all the coins are counted, it is after all a numbers game! Also Read - A look into the ultra luxurious vanity vans of Shah Rukh Khan, Alia Bhatt and others will make your head spin – view pics