How sweet! Salman Khan drops Katrina Kaif to her ride before zooming off in a rickshaw - view HQ pics

Salman Khan escorts Katrina Kaif to her car before he takes off in a rickshaw. We have it in pics. Check it out here.

Zooming off in a rickshaw might not sound right but anything is possible when your customer is Bhai! However, that's not really important right now but the fact that Salman Khan, being the sweet ex that he is, escorted Katrina Kaif to her swanky ride, before going on his own mode of transport. According to our shutterbugs, who also managed to click these pictures at Mehboob studios, stated that the superstar dropped off his good friend and ex girlfriend to her car and then left for his own place, in a rickshaw. For all those unaware, the duo have been aggressively promoting their upcoming films, Tubelight and Jagga Jasoos. So obviously, they'd be spotted at the studio, where most of the interviews are scheduled. While Salman was with his brother Sohail, giving interviews, Katrina was promoting her film with Ranbir Kapoor. Wow, a meeting of that sort would've been quite awkward. Also Read - Trending TV News Today: Reports of Indraneil Sengupta and Barkha Bisht living separately, Eijaz Khan, Arshi Khan on Bigg Boss 15 moving to OTT and more

However, from the pics, we can tell that RK Jr had already left the building. We already showed you in pictures, the awkwardness between Ranbir and Katrina. Now imagine if Salman had been around when they were promoting Jagga. It would've been beyond awkward. Anyway, let's not dwell into what didn't happen. In these pics, you can see how pretty the actress looked in a colourful Peter Pilotto dress. And yes, Khan fans would certainly add that their Bhai looked dashing. What baffles us is his choice of transport. Why did he opt for a rickshaw in the night? Some shenanigans he always has in his mind. Check out the pics below. Also Read - Throwback: When Himesh Reshammiya talked about the importance of 'sticking to a camp' and thanked Salman Khan for support 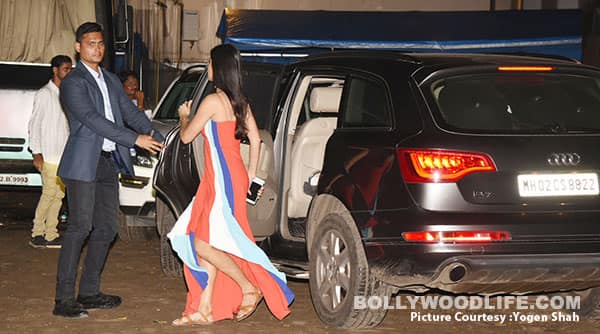 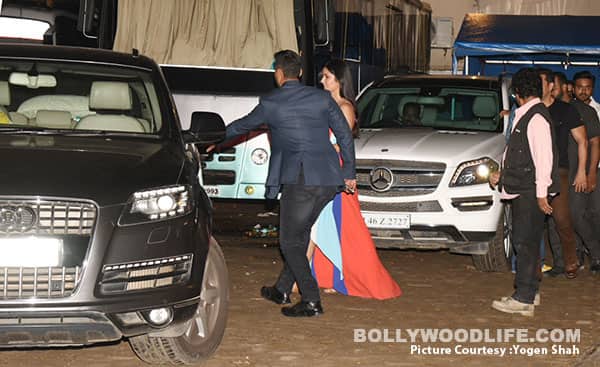 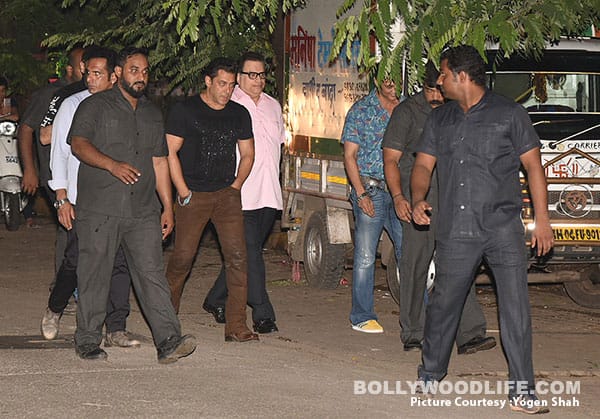 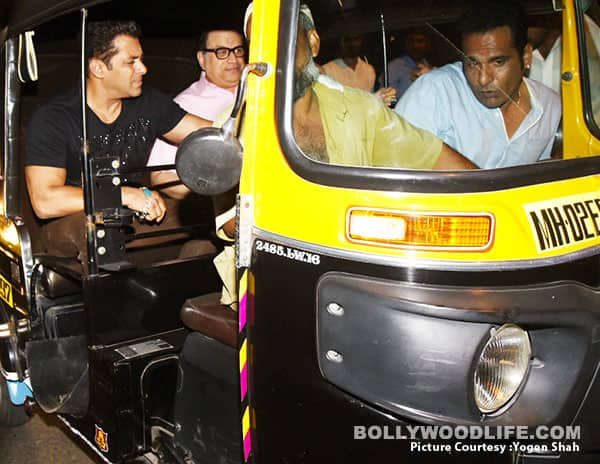 Well, we must say, Kat and Salman surely are the cutest exes. While they didn't really have a rosie ending, according to rumours. But despite the past, they are still very good friends. In fact, Khan has always been there for his ex-bae. Be it during the Fitoor promotions on Bigg Boss or the fact that he met the diva, right after she and Ranbir broke up. It all shows how their friendship hasn't been affected by the breakup. Wow, hard to believe that relationships like that still exist.