Howzzat! Karan Johar wants to cast Indian skipper Virat Kohli in a film after seeing his ad with Anushka Sharma

The ad sure does warms the cockles of your heart 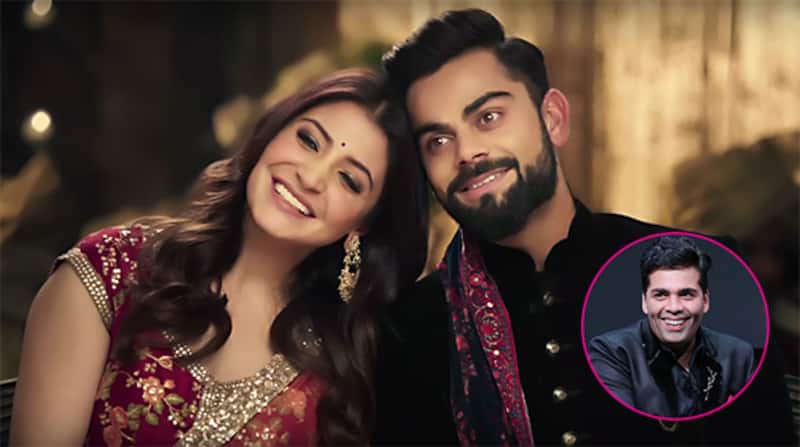 Virat Kohli is the Baahubali of all Indian players. Wonder as to why we are making such a comparison? Well, just like the film, the cricketer is hell-bent on breaking all records and creating a legend of his own. The Indian cricket team skipper is leading from the front and professionally, he has really hit a purple patch. However, that's not the only joy in his life right now. He has also found happiness in his personal life in the form of girlfriend, Anushka Sharma. The two look so good together that we might just cry. Considering this, it comes as no surprise that a lot of brands are vying for their attention. They fell in love on the sets of an ad film too and it is hence quite understandable that they want to work more and more together. Also Read - Rhea Chakraborty has found love again post Sushant Singh Rajput and is in a relationship with Bunty Sajdeh [Reports]

Recently, we were bowled over by another ad film that featured the cute lovebirds. The ad film for a clothing brand, featured Virat and Anushka taking the vows of love. We couldn't stop gushing over them and once you watch the ad, you, too, will know why. But seems like it's not just us who loved it. Karan Johar, who has worked with Anushka on Ae Dil Hai Mushkil, took to Twitter to share his joy over seeing the ad. Here's what he tweeted... Also Read - Kartik Aaryan on why Love Aaj Kal 2 flopped; says audiences came to theatres for him and Sara Ali Khan

What a lovely ad Abhishek Varman has directed for #Manyavar and @imVkohli is an outstanding actor! https://t.co/1jGX2ZBG0o @AnushkaSharma

Well, we completely identify with K'Jo. The ad sure does warms the cockles of your heart. However, if a report on a website is to be believed, after seeing the ad, Karan was so impressed that he wants to cast Virat in a film. Now that would be quite the coup, won't it? And while he is at it, he might as well cast Anushka in the film too. That will surely get the audience thronging to the theatres. After all, what's better than seeing a real-life couple romance onscreen? Also Read - Arjun Kapoor to Vicky Kaushal: Times when Bollywood actors praised their partners; check who said what about their women