[All Pics] Shah Rukh Khan, AbRam and Gauri are all ready to break the dahi-handi on the occasion of Janmashtami

Last year, Shah Rukh Khan had a small Janmashtami celebration at Mannat. He even broke the dahi handi with the help from his bodyguards. We are hoping we will get to see a glimpse of the same today and as if on cue, here comes Shah Rukh with his son AbRam and wife Gauri. Initially, we got pictures of AbRam shirtless on the terrace pointing a plastic gun at the paparazzi. Now, we have all three of them together for the same. The actor even obliged the fans outside his house by waving at them. In a few pictures, he can be seen instructing AbRam to do namaste. Check out all the pictures here...

#EidMubarak: Keeping up with the tradition, Shah Rukh Khan and AbRam wave to fans gathered outside Mannat - watch video

Also Read - Filmy Friday: When Shah Rukh Khan got angry at a reporter and the reason was AbRam 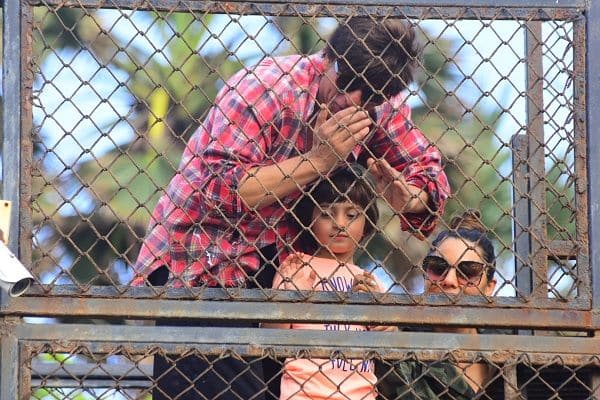 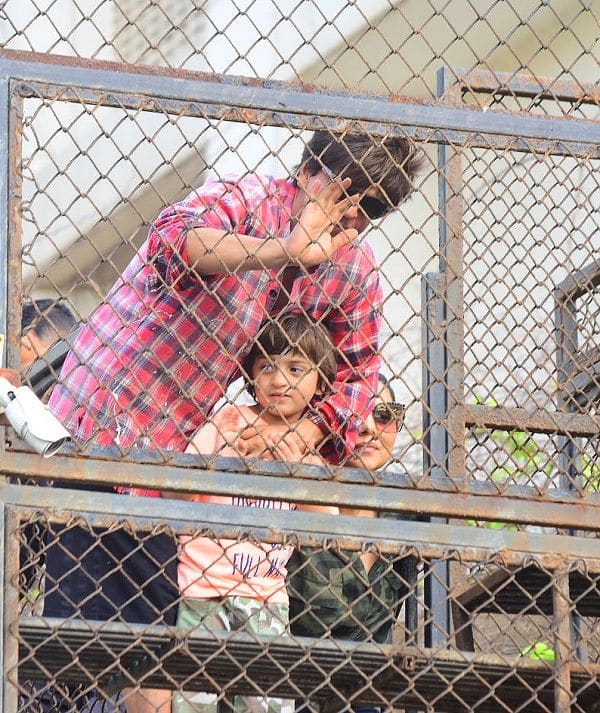 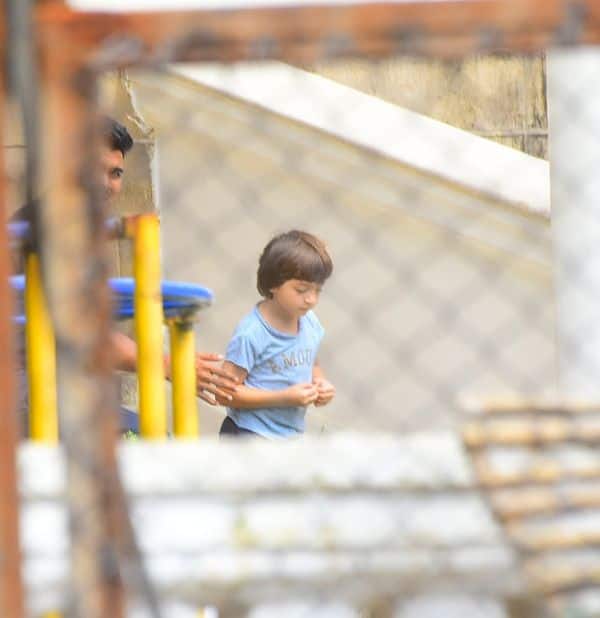 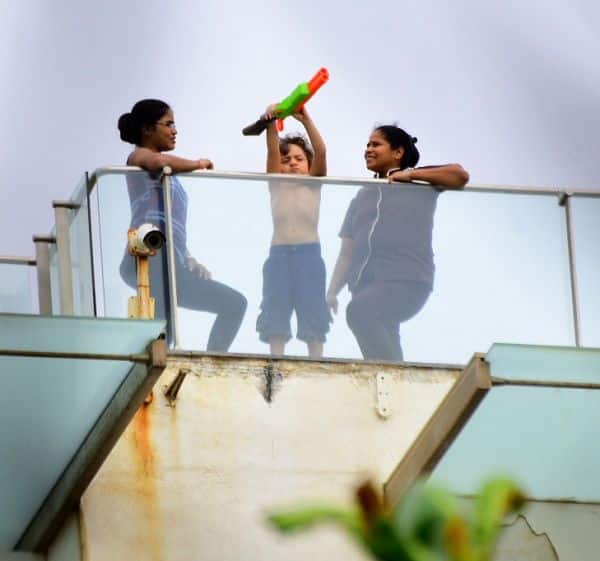 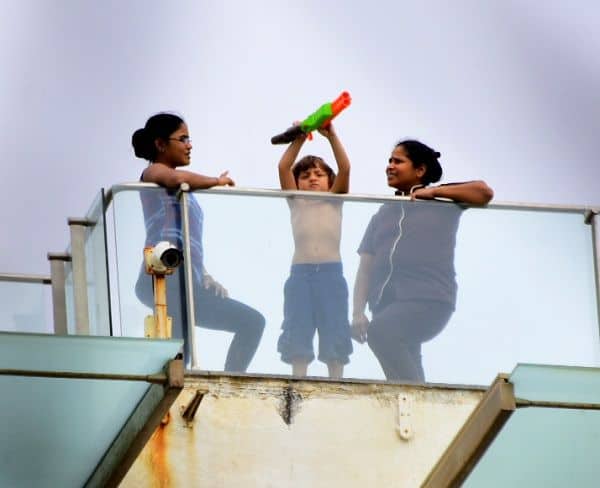 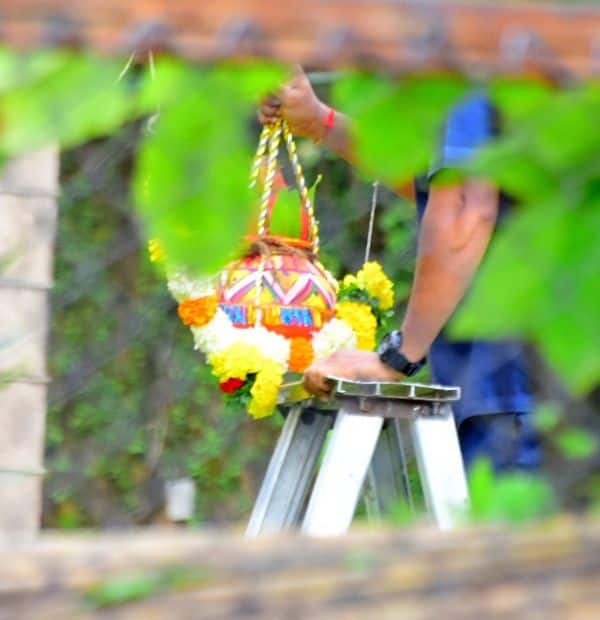 AbRam and Shah Rukh Khan had taken to the terrace of Mannat to wave at fans during Eid also. As it is usual every year, a huge crowd gathers outside his house during this auspicious day to get a glimpse of the actor. It's a reward they always look forward to. The actor does the same during his birthday as well. Guess from this year, Janmashtami too has been added to the list.