[HQ pics] A chocolate cake and a kiss to the wifey, here's how Aamir Khan celebrated his 53rd birthday

Aamir Khan turned 53 today. The actor was shooting Thugs Of Hindostan till yesterday. Luckily enough, he decided to take the day off and reached Mumbai a few hours ago. As is customary, he met the media for a small interaction and a cake-cutting ceremony. He looked really happy to be among the press and his family. But it's the cake and the kiss that grabbed our attention more. The chocolate cake looked really tempting. In fact, it seems like Aamir loved it too. Then he planted a long kiss on his wife Kiran Rao's lips. Those were the highlights of his birthday celebrations today. And now we even have the pictures and the video of the same to share with you.

Aamir Khan will have to beat Deepika, Priyanka and Alia to become the number one Bollywood celeb on Instagram

You can see in the pictures how Aamir was happy to be around people he knew since such a long time. While they were clicking pictures, he clicked a few of them as well. Then he and Kiran together cut the cake. He fed it to her and then kissed her. Once it was done, he was even seen licking his lips...ahem! Check out the pictures right here... Also Read - Did you know? James Bond actor Daniel Craig had auditioned for THIS Aamir Khan starrer 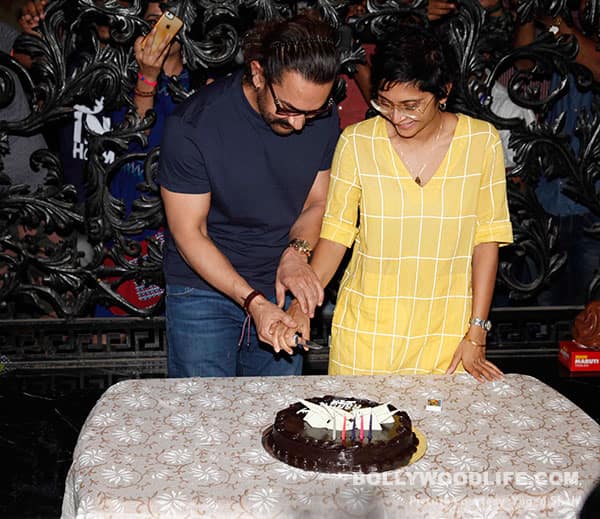 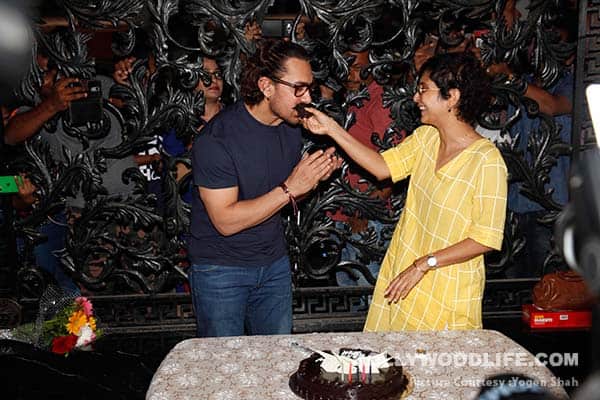 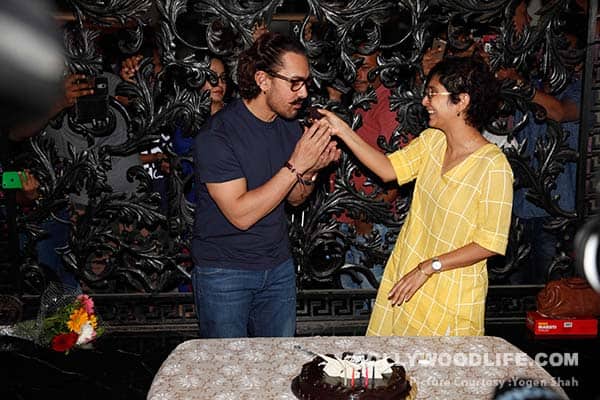 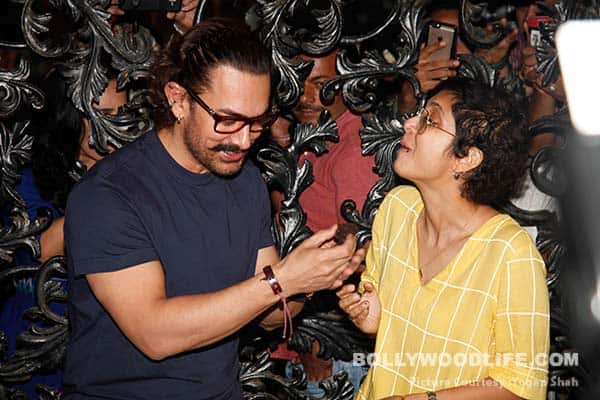 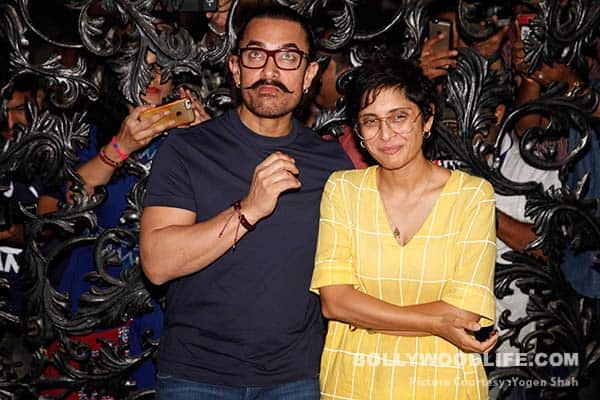 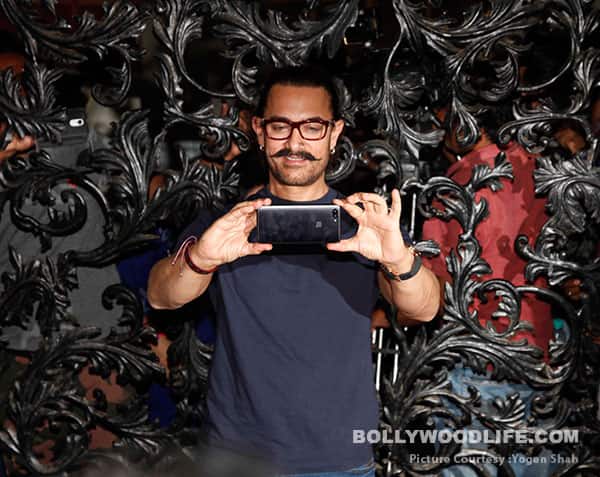 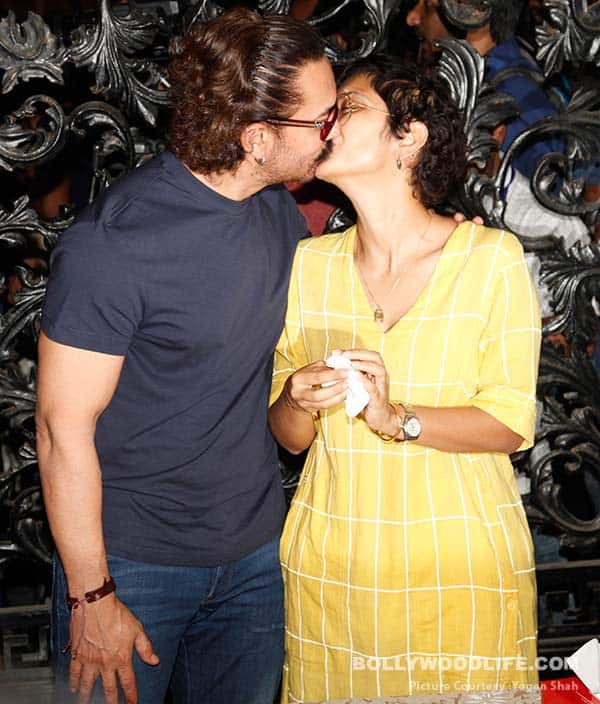 Kiran had even gone to receive him at the airport after he landed in Mumbai from Jodhpur. There, too, they sealed it with a kiss. It is so heartwarming to see them indulging in some PDA because they aren't the ones who like to live their personal life publicly. Thus, it was really lovely to see them make an exception on his birthday.