[HQ Pics] An engagement with Priyanka Chopra later, Nick Jonas leaves for US with his family

Nick Jonas' and his family will probably prepare for the wedding now.

Last weekend was all about Priyanka Chopra's engagement to Nick Jonas. It was really sweet to see Nick following Indian rituals at the ceremony. The actress kept it low-key and invited only her close relatives and friends. There was an after party as well. Next day, all of them went to an orphanage to have fun with the kids there. Later in the night, Nick and his parents left for the US. We have pictures from the airport where the American singer is looking pretty happy. But it was the smile on his mom's face which made us go awww. But we did wonder why didn't PC go to see them off. They arrived in her car though. Check out the pictures here... 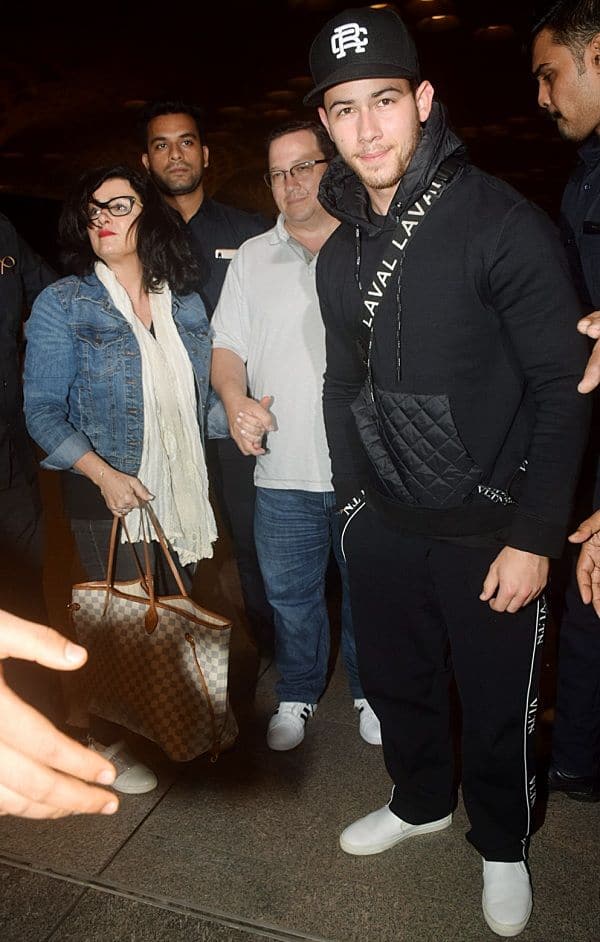 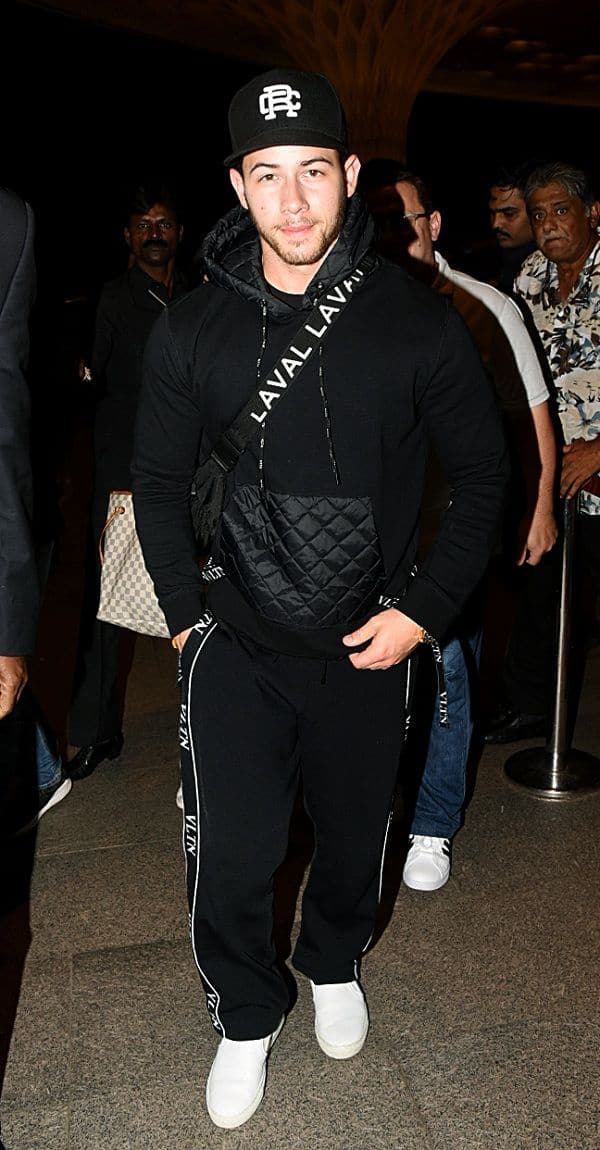 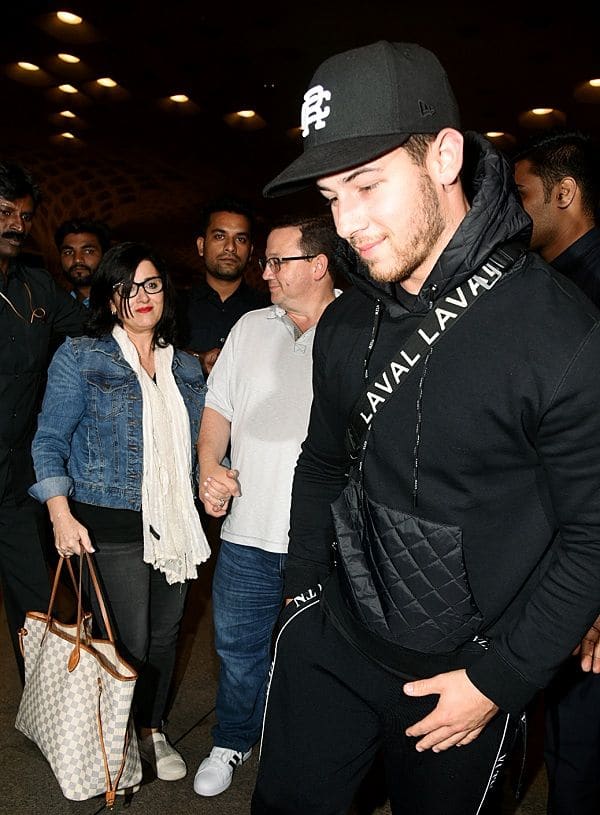 DJ Khushi who was present at the ceremony, told IANS, "Nick Jonas is more Indian than American. He was such a sport and was letting his lady lead the way throughout the celebrations. Both of them make such a beautifully co-ordinated couple and their sense of music is pretty much similar. Friends and families danced on songs by Cardi B and Drake. In Bollywood numbers, songs like ‘Ban ja rani’ and ‘Bom diggy diggy’ and of course the biggest wedding song in the country – ‘Gallan goodiyaan’, which is a song from Priyanka’s movie, were a big hit." Also Read - Trending Hollywood News Today: Priyanka Chopra and Nick Jonas’ hot PDA goes viral, Sayani Gupta workouts listening to BTS' Butterand more