[HQ pics] It's so good to see you, Shah Rukh Khan

Shah Rukh Khan sightings have become pretty rare these days. Unless someone from a big business family gets married, the King Khan doesn't really show up. He was last seen at Praful Patel's daughter, Poorna Patel's wedding reception, looking dapper as usual. Before that, he had made a splash with his wife Gauri by his side at one of Akash Ambani and Shloka Mehta's many engagement bashes. So you can only imagine how happy we were to spot Shah Rukh Khan at the airport today, leaving for Dubai. Why Dubai? We will know that sooner than later. Anyway, the actor looked a bit shabby...if you pardon us for saying that. But then it's SRK... he can even make shabby look neat! In a black jacket, white T-shirt and casual pants, the actor didn't really give off a suave vibe but you will still like him. That's the magic of being SHAH RUKH KHAN! Check out the pictures right here... Also Read - Inside pictures of Raj Kundra and Shilpa Shetty’s vacation home in Dubai has a private beach, heated swimming pool and other exotic things 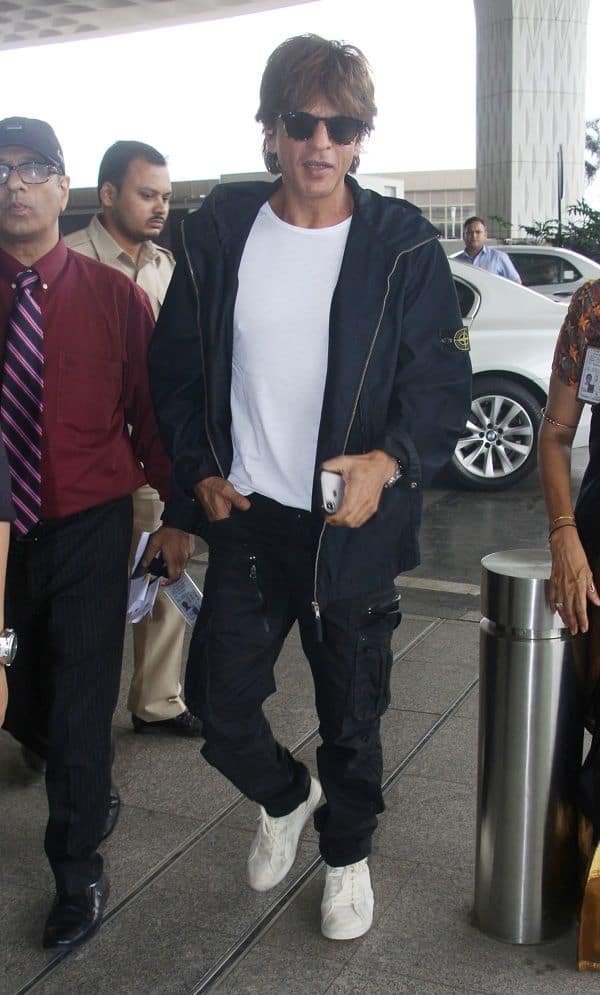 It's been a while since we saw Shah Rukh Khan on the big screen either. Jab Harry Met Sejal was his last release and trust us, that's one film we would like to forget about. He has Zero this Christmas which definitely is good news. It's always a delight to watch SRK on the big screen. In this film, he plays a dwarf, has a song and dance routine with Salman Khan, has Katrina Kaif as his muse and Anushka Sharma as his smart girl. A long list of reasons why we will watch Zero without any question asked this December. Also Read - WHAT! Salman Khan has a SECRET wife Noor and a 17-year-old daughter in Dubai? The Tiger 3 star reacts