[HQ PICS] Salman Khan, Warina Hussain, Aayush Sharma did garba on the sets of Dus Ka Dum, and we wonder why Bhai is missing from Loveratri

Loveratri has become the talk of the town ever since the trailer was released yesterday. Not only because it is a Salman Khan Films' production but also because it will mark the debut of Warina Hussain and Salman's brother-in-law Aayush Sharma. After creating a huge buzz with the teaser, the trailer released yesterday and boy, their crackling chemistry left us speechless. With Navratri playing a major role in this movie, the garba track has become a hit already and surely would be ruling the charts soon. So when the Loveratri team visited Salman's show, Dus Ka Dum for the promotions, how cannot they do some garba on this track? Also Read - Antim: Release date of the Salman Khan-Aayush Sharma starrer is pushed due to THIS reason

And guess who joined them in it? It is none other than Salman. The trio surely had a gala time while grooving to the beats of this peppy number. Ram Kapoor and Ronit Roy also joined the team as a part of the promotions. Ram will be playing Aayush's father while Ronit will be seen in the role of Warina's father. All of them looked elated being a part of the show and these pictures are proof. 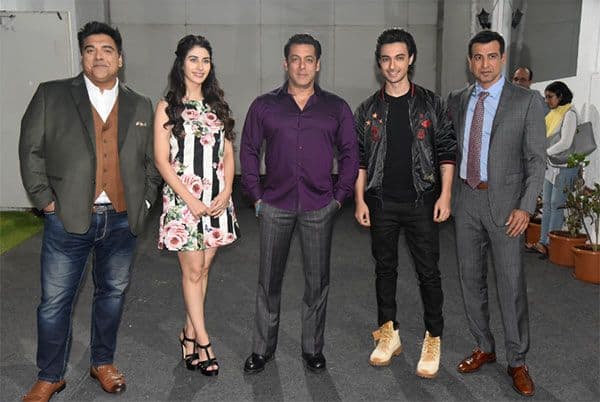 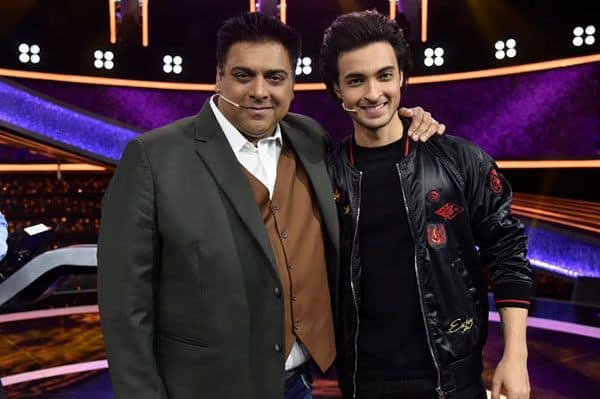 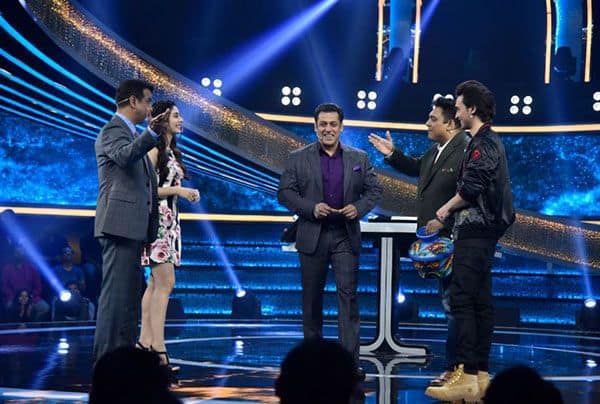 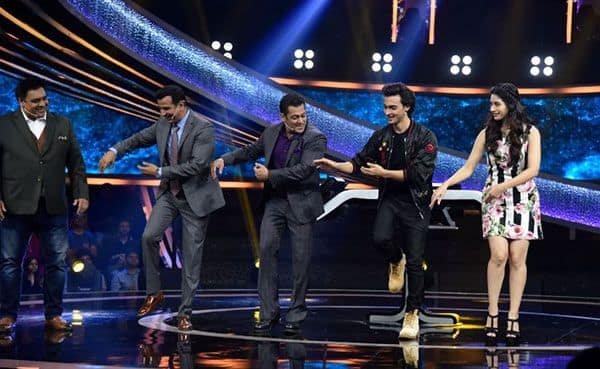 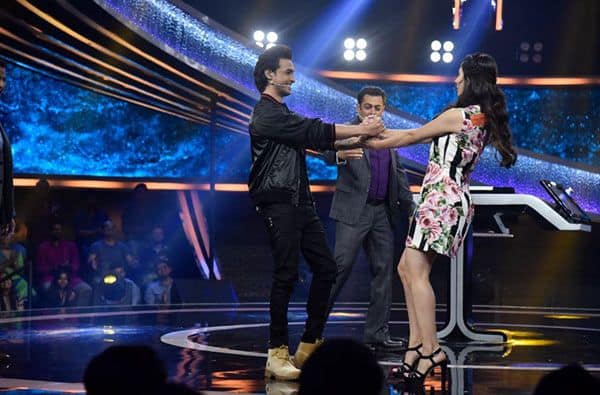 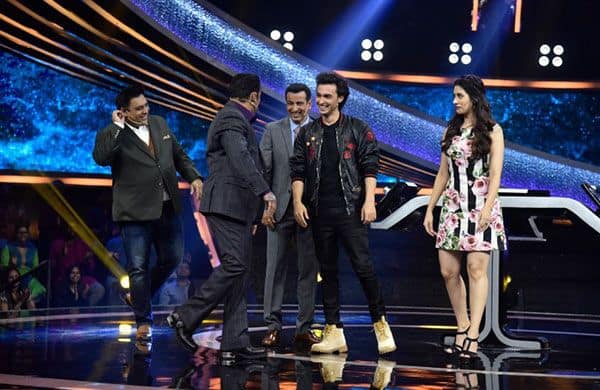 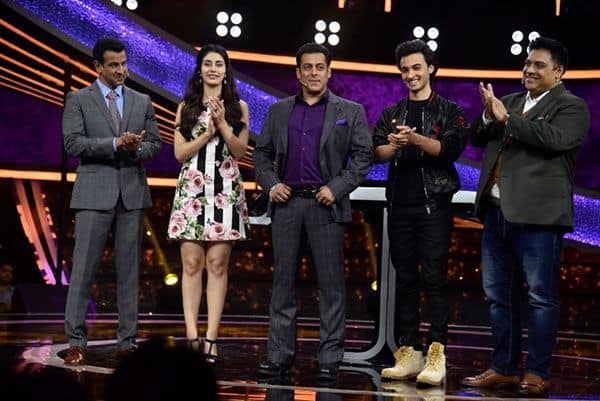 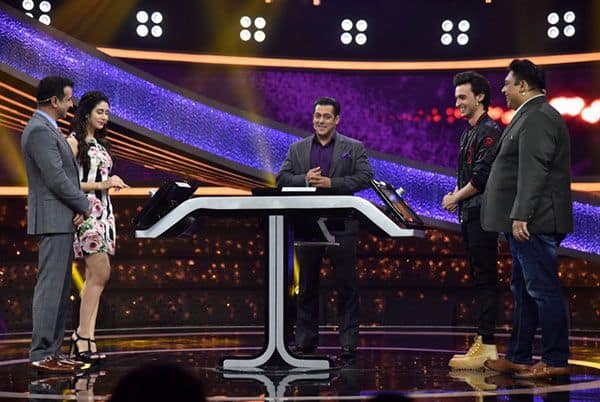 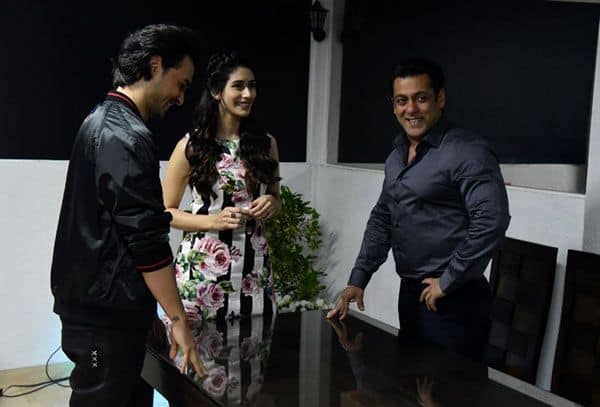 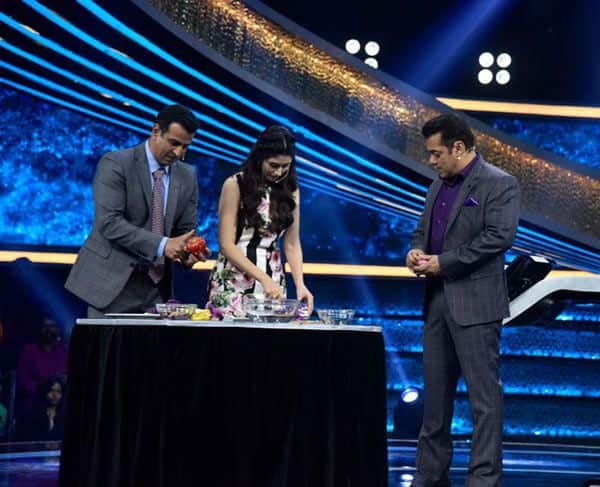 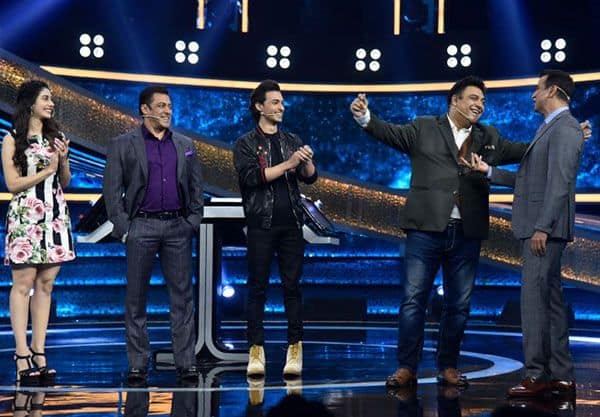 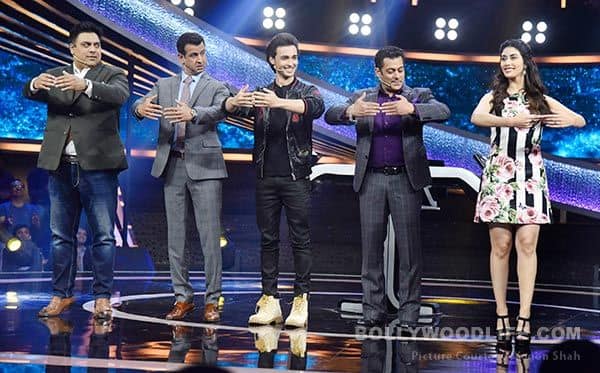 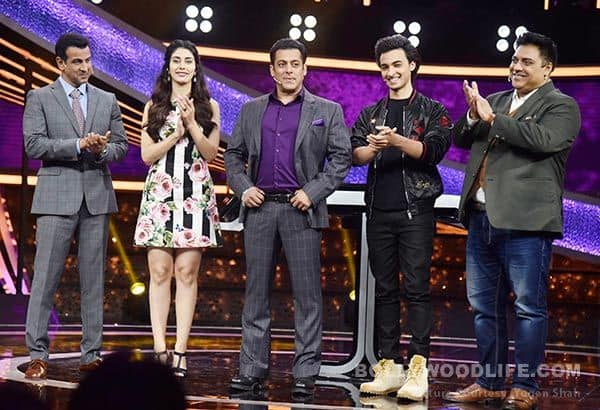 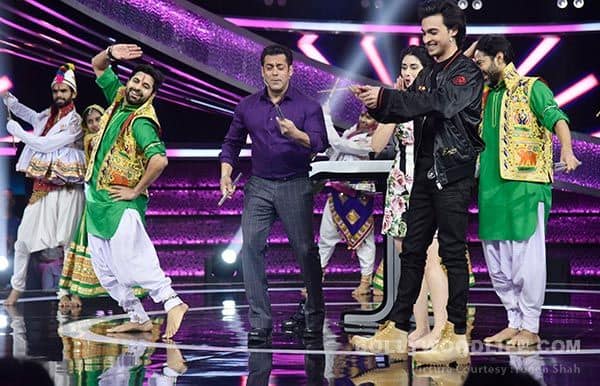 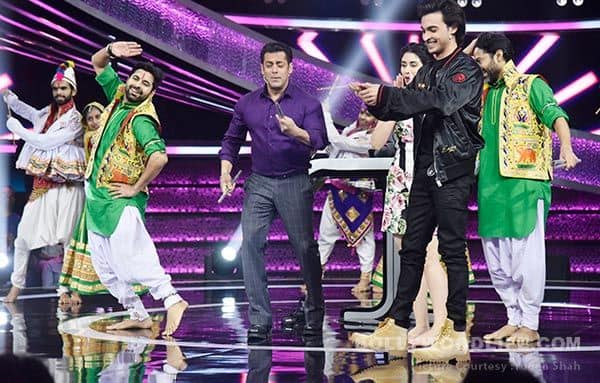 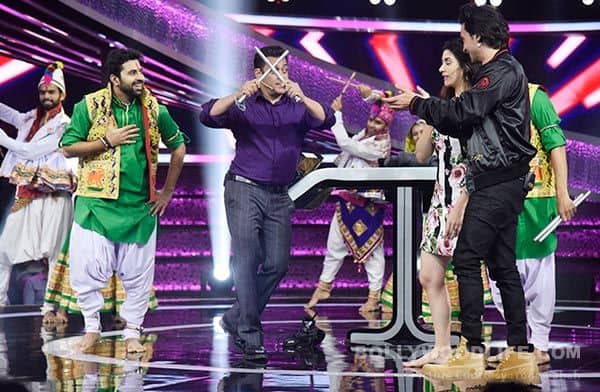 Produced by Salma Khan and directed by Abhiraj Minawala, the film's cinematography is done by Jishnu Bhattacharjee. The choreography is handled by Vaibhavi Merchant. The movie is set to hit the theatres on October 5. At the trailer launch, when Salman was asked what prompted him to take a decision of producing the film, he said, “Love is supreme and ultimate. You love your family, girl friend, wife, brother, sister and friends, and sometimes we fight with them. But during festival times or at a time when the person needs you emotionally or in bad times like illness or accident, everyone comes back and stands together and forgets all the enmity. That’s how I thought of making a film with festive background.”