Sonam Kapoor is hopping from one city to another. Just yesterday, she was in Mumbai at the launch of Twinkle Khanna's third book Pajamas are Forgiving, alongside her peers like Karan Johar, Akshay Kumar, Ranveer Singh and others. Today, she is in the capital city of Delhi and hubby Anand Ahuja is keeping her company. The actress just turned showstopper for a jewellery fashion show. Dressed in a purple ghagra choli, complemented with heavy jewellery, Sonam was quite a cynosure at the venue. She posed for the papz with Anand Ahuja and their chemistry was adorable. Thereafter, she walked the ramp and stole the show with her act. We'll let the picture do the rest of the talking... Also Read - Step inside Sonam Kapoor and Anand Ahuja's luxurious and vibrant London apartment - view pics 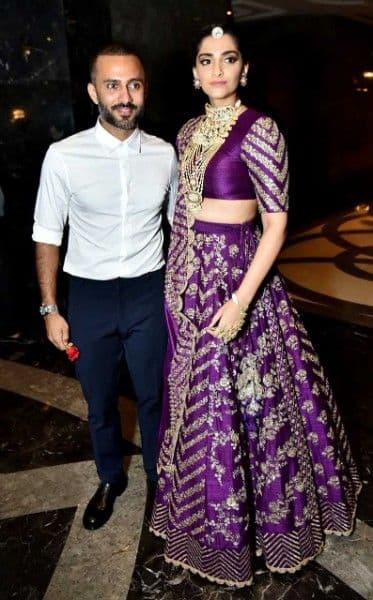 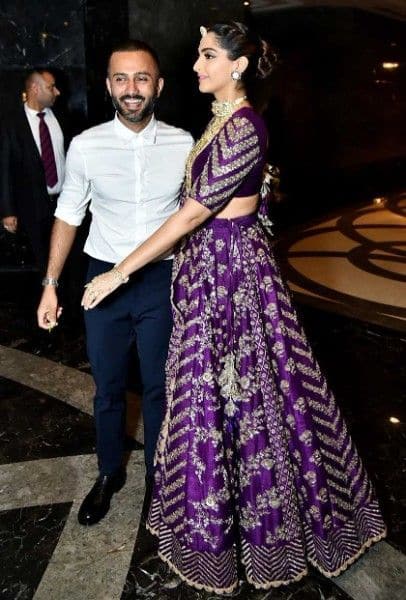 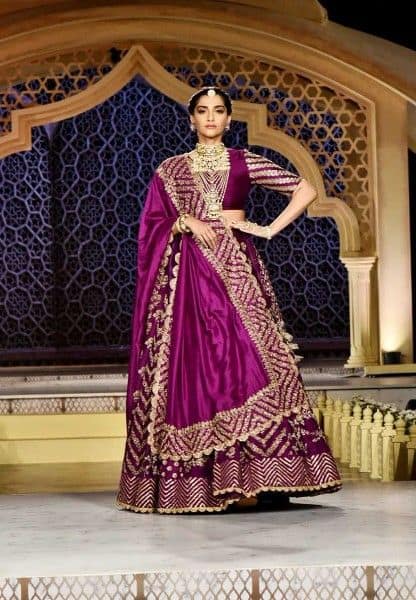 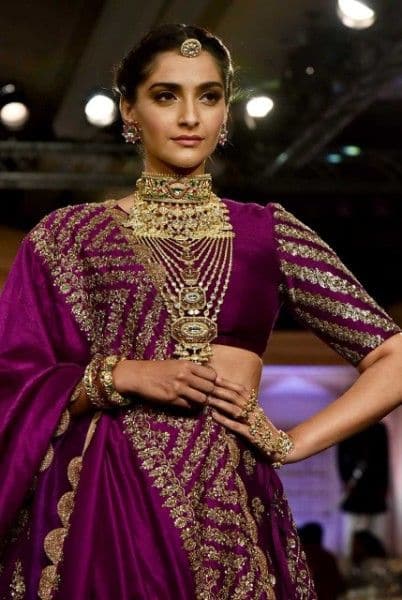 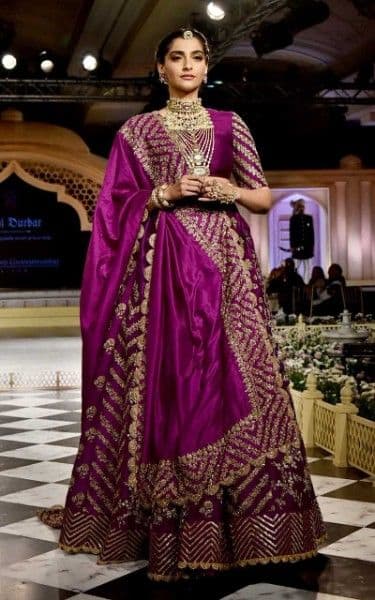 On the work front, Sonam Kapoor has The Zoya Factor opposite South superstar Dulquer Salmaan in her kitty. Written by Anuja Chauhan, The Zoya Factor revolves around the story of Zoya Singh Solanki, an advertising executive, who ends up being the lucky charm for the Indian cricket team. While, Sonam will play the role of Zoya, Dulquer will portray the character of Nikhil Khoda, the skipper of the Indian cricket team. Directed by Abhishek Sharma, the film is slated to release on April 5, 2019.