There is no stopping Farhan Akhtar and Shibani Dandekar. The love birds are going all out to let the world know that they are madly in love with each other. The couple not only made their relationship Instagram official – by sharing pictures of each other and telling the world that they love and adore each other – they have also stepped out for dinner dates, giving paparazzi something to capture. The last time they were spotted together, they avoided the cameras and went about their dinner date. But this time, the couple decided to stop and pose for the camera. What was the occasion? It was the 100th birth anniversary of the renowned Indian poet Kaifi Azmi, the father of Shabana Azmi. Also Read - Friendship Day 2021: From FRIENDS to Dil Chahta Hai – 10 films and series on yaari, dosti that you must stream today to celebrate your bond with your gang!

The couple made their way to the event together, twinning in black. Shibani was seen wearing black dress underneath a geometrically printed kaftan. She slipped into a pair of heels matching her outfit and completed her look with a couple of necklaces. Also Read - Farhan Akhtar SLAMS trolls for attacking his family; says, ‘Never wrestle with a pig’

Meanwhile, Farhan looked dapper in a black kurta and white pyjama. He completed his look with a black Nehru jacket. The couple looked good together. Take a look: Also Read - KGF Chapter 2, Shamshera and more: All you need to know about Sanjay Dutt’s upcoming films 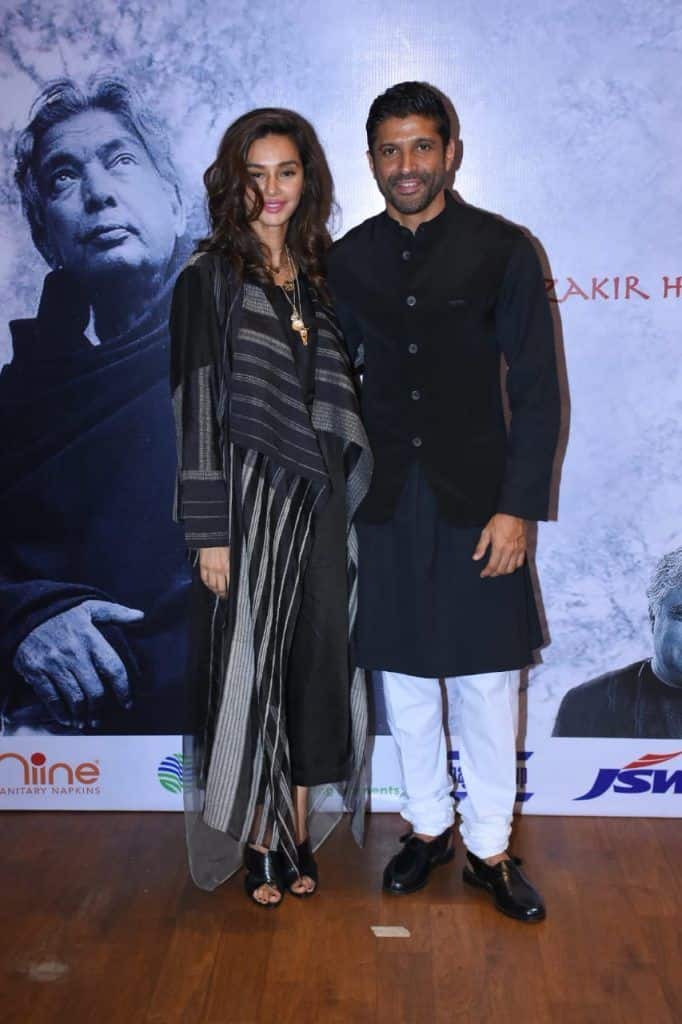 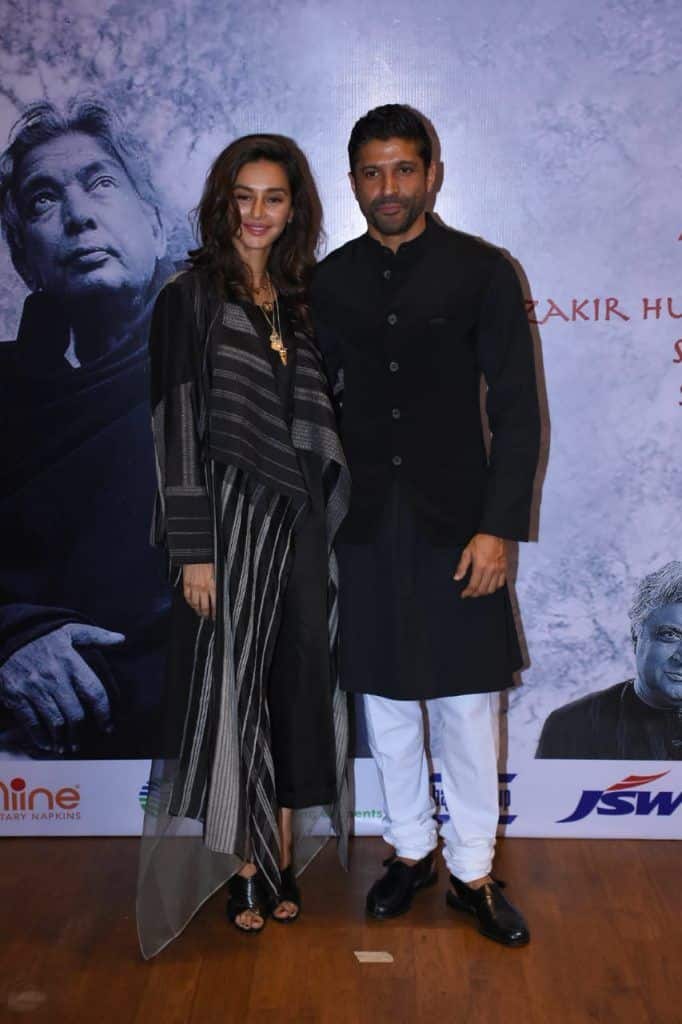 Shibani and Farhan caught everyone’s attention over the weekend when they were photographed in the pool. The TV show host and actress was wearing a bikini and carried by Farhan in the pool. The filmmaker shared the photo on Instagram and told the world that he loves her.

A few days ago, on Farhan’s birthday, Shibani posted a heartwarming message with a picture of the couple to wish him.

Because he has the coolest tattoo in the world ? and because it’s his bday! Happy birthday my sweet grumps ❤️ love you loads @faroutakhtar ? ???

These online PDA comes after reports speculate that the duo could tie the knot this year.