They hugged, exchanged pleasantries and gave us unforgettable freeze frames

Ex-couple, who? Definitely not Hrithik Roshan and Sussanne Khan. The former married couple may have parted ways but they continue to be great friends even now. No, we aren't trying to make a mountain out of a mole hill. We have pictures to prove that there is absolutely no animosity between Hrithik and Sussanne and that the two are very comfortable in each other's presence even now, after their divorce. (Also read: [Inside pics] Sussanne Khan's birthday bash with Hrithik Roshan and friends was crazy fun) Also Read - Friendship Day 2021: From FRIENDS to Dil Chahta Hai – 10 films and series on yaari, dosti that you must stream today to celebrate your bond with your gang!

Hrithik and Sussanne, who have two sons, Hrehaan and Hridaan, parted ways amicably. There was no sense of a fight over custody or alimony between the two and even if they had their arguments, it never came out in the public. Given how some married couples make the proceedings ugly, washing their dirty linen in public, we quite appreciated the maturity with which this couple handled their matters. In fact, they are sorted enough to party and vacation with their kids and each other even after their divorce has been finalised. Hrithik had recently also been a part of Sussanne's birthday celebrations and the pictures from the party were proof that they had crazy fun together. Hence, it comes as no shock that they were all sweet to each other when they arrived for an event and met there. Check out the pics and see their camaraderie for yourself... Also Read - Pathan: Deepika Padukone going the extra mile for Shah Rukh Khan's action thriller — find out how 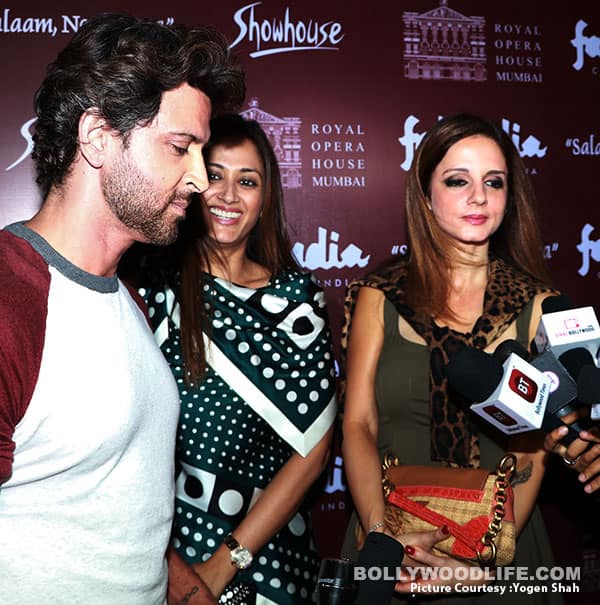 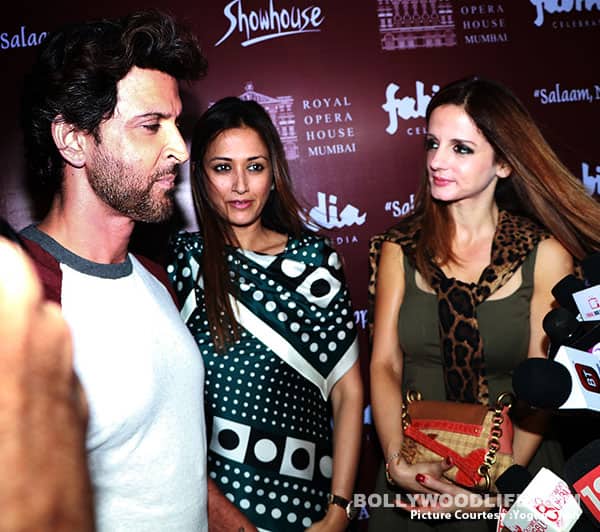 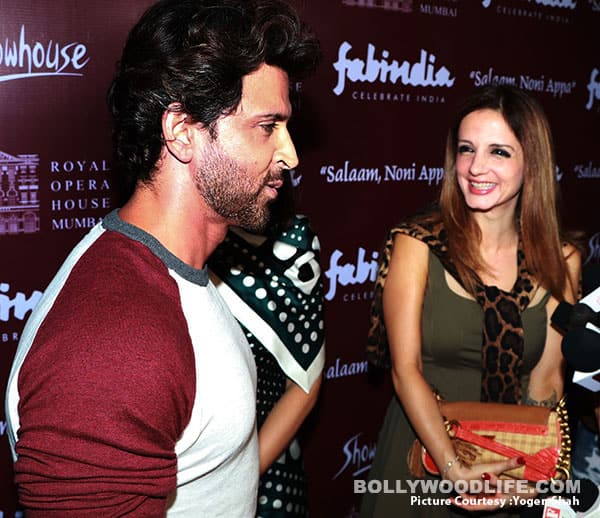 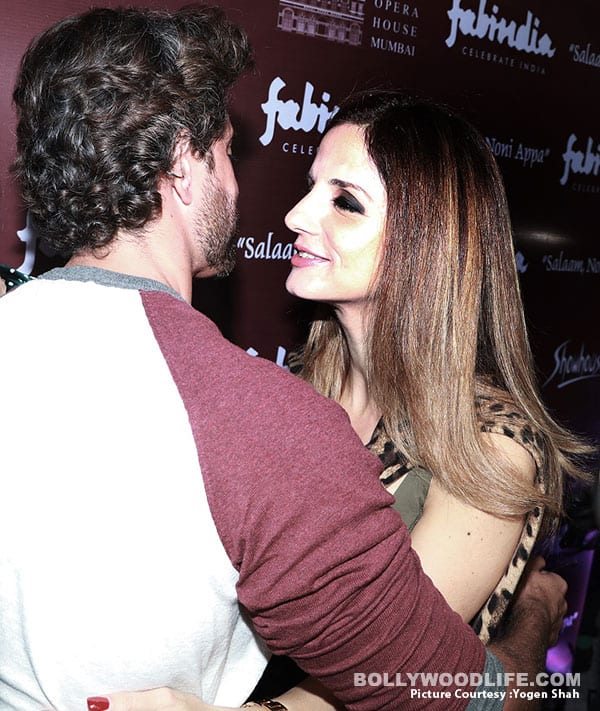 They hugged, exchanged pleasantries and gave us unforgettable freeze frames. Well, Hrithik and Sussanne certainly are some major #couplegoals and #friendshipgoals. While there is a huge hue and cry made about how you must marry your best friend, there should also be as much importance given to staying amicable post divorce. Why make a long face and act all sullen if it was a decision agreed upon by both the parties mutually, right? Even Arbaaz Khan and Malaika Arora are proving time and again, as they party or holiday together along with their families, that ex-couples don't need to avoid each other or be oblivious to the presence of the other.