Hrithik Roshan and Yami Gautam are currently in China promoting their film Kaabil. They took part in traditional Chinese dance, met fans, cooked cuisine, and what not! watch videos and pictures here. 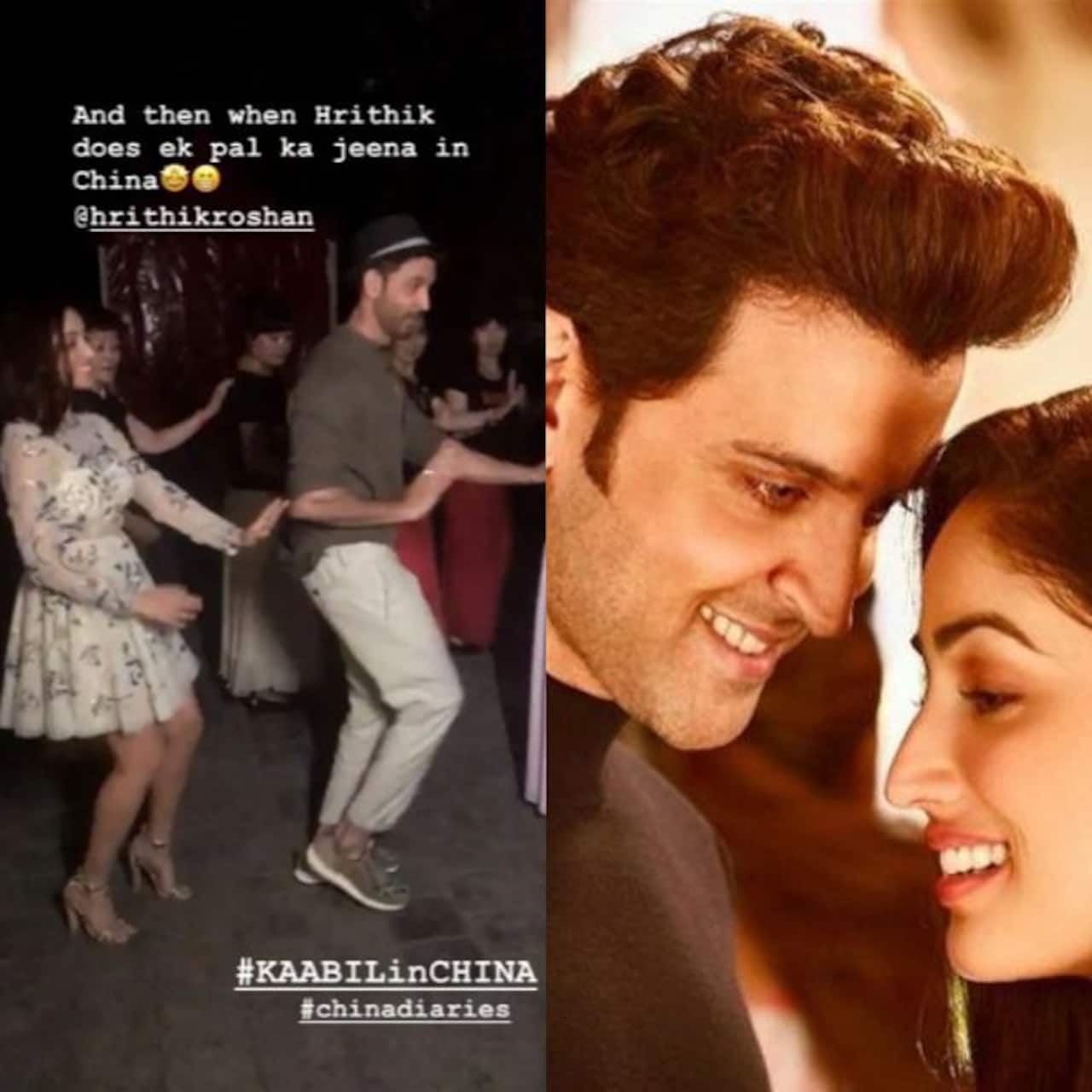 Hrithik Roshan and Yami Gautam are currently, promoting their film, Kaabil in China. And it seems the two are having a fun time promoting their film. Hrithik, on one hand, is seen meeting fans, cooking Chinese cuisines, trying them himself or even posing in the subway. The actor is enjoying all the love being poured from the Chinese fans and cannot get enough of it. Yami who played Su to Hrithik's Rohan also dropped by to promote the film despite being injured herself. Together they not only participated in the traditional Chinese dance and but also performed to the track, Ek Pal Ka Jeena from Hrithik's debut film, Kaho Naa Pyaar Hai. To be honest, it is one of our favourites and we cannot stop gushing over these two recreating the epic dance move in China. People can't stop cheering for them both. Have a look at videos and pictures which Yami shared in her story on Instagram: Also Read - Fighter: Shah Rukh Khan reveals Deepika Padukone is the REAL fighter in the film and NOT Hrithik Roshan

Super 30 poster: Hrithik Roshan reveals when the trailer of his movie is dropping and we are excited

Now, have a look at the videos and pictures shared by Hrithik in his Instagram story: Also Read - Hrithik Roshan's lady love Saba Azad reacts on the constant spotlight on their relationship

Meanwhile, on the work front, Hrithik is gearing up for his next release, Super 30. The film is a biopic based on the life of Patna-based mathematician, Anand Kumar, he starts a training program named 'Super 30' to help 30 IIT aspirants crack the entrance test and make them highly successful professionals. The film also stars Mrunal Thakur, Ritwik Sahore, Pankaj Tripathi, Nandish Sandhu, Amit Sadh, Virendra Saxena and Johnny Lever to name a few. The film is all set to hit the silver screens on 12th July. The trailer of the film will drop on June 4.

On the other hand, Yami after a super box office success with URI: The Surgical Strike, is all set to return to the silver screen with Bala, which narrates the story of a man who is balding prematurely and how he copes with the situation. The film also stars Ayushmann Khurrana and Bhumi Pednekar. Bala is helmed by Amar Kaushik and will be produced by Dinesh Vijan. Bala is said to release on November 22 this year.

For more scoops and updates from the world of entertainment, stay tuned to Bollywoodlife...